Mr. Rogers was a Republican, and that gives me hope 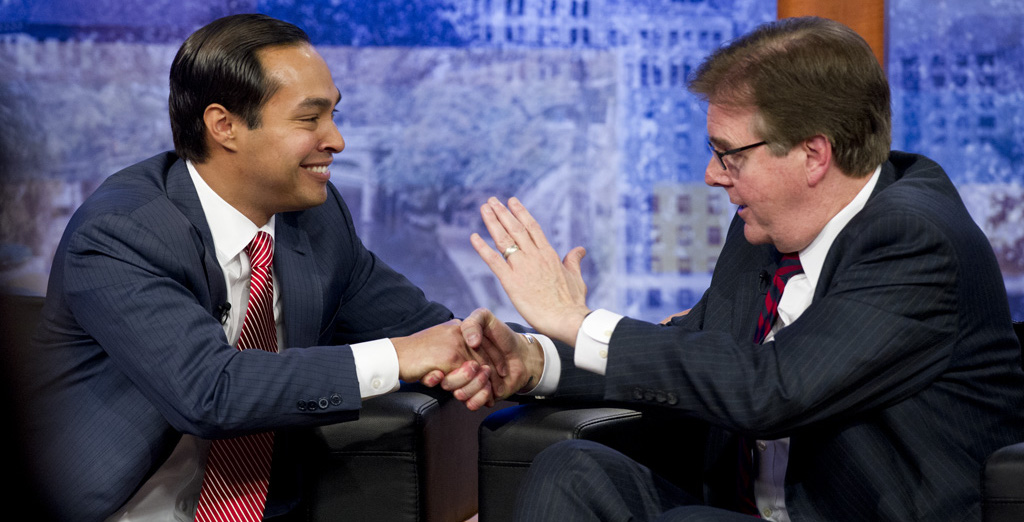 Julian Castro and Dan Patrick shake hands after a debate on April 15, 2014. Photo by Bob Daemmrich

A couple weeks ago, my wife and I watched the new documentary about Mr. Rogers, “Won’t You Be My Neighbor?” Mr. Rogers, an ordained minister and child development advocate, spent his career writing, directing, producing and hosting a PBS children’s program centered on teaching children their inherent worth and the worth of all people. He taught tolerance and acceptance, inspiring millions of children to express their feelings, think before acting and view the world as a “neighborhood” where we all have a shared responsibility to each other. His compassion and commitment were so sincere that the film moved the audience to tears.

But something surprised me about Mr. Rogers.

He was a lifelong, registered Republican.

Why was I surprised? Because the values he was espousing – of compassion, human dignity, radical acceptance, emotional health and funding for public broadcasting – struck me as, well, liberal. But the more I thought about it, the more I realized that’s because I identify as progressive and share these values. But these aren’t Republican or Democrat but American values.

Yet right now Republican leaders aren’t upholding these shared American values. When we see children ripped from their parents at the border, refugees fleeing violence shut out of our country and corporations being awarded more rights than human beings, it’s hard to believe that the Republican Party of today is upholding our values. Mr. Rogers would have been appalled by the developmental trauma inflicted on children by many of these extreme policies.

Rather than attempt to resolve this perplexing disparity between Mr. Rogers’ teachings and the Republican Party’s policies, I prefer to see his political affiliation as a sign of hope. If Mr. Rogers was a Republican, then there must be more Republicans like him out in the world. As Americans, we have so much more that unites us rather than divides us, and most people in our country still share these values, even if our elected officials do not.

As a former Democratic candidate for U.S. Congress in the gerrymandered 25th District of Texas (stretching from Wimberley all the way to Tarrant County), I know first-hand the challenges of campaigning in “red” territory. But most people really want the same things: to trust their government, to have a fair shot at success and to treat others with dignity and respect. Of course, there are some real philosophical differences about how to achieve these goals. But if we can agree on our core values, we can later work out the details for achieving them.

The problem right now is that our government doesn’t care about us. People of color, women and members of the LGBTQIA+ community are continually oppressed; CEOs of health care corporations are making millions while millions of Americans are going bankrupt due to medical debt; and our country’s economic gains are bypassing the middle-class, flying straight into the pockets of the top 1 percent. These inequalities are a direct result of policy.

We’re edging closer to an oligarchy, where the wealthiest few control all of the power and resources. That’s why it’s vital that we elect candidates of the people in 2018, to check the encroachment on our constitutional liberties.

As Mr. Rogers says, “We live in a world in which we need to share responsibility. It’s easy to say, ‘It’s not my child, not my community, not my world, not my problem.’ Then there are those who see the need and respond. I consider those people my heroes.”

One of the best ways to take on this shared responsibility is to back progressive candidates who advocate for our shared American values and truly care about people. Trust me, candidates need volunteers badly – whether they’re block-walking, phone-banking or helping with clerical tasks at the office. And if you don’t have time to volunteer, make a monetary donation. The reason we’re in this mess is that Big Money has corrupted our politics, and grassroots candidates need our financial support to have a shot at winning on this uneven playing field.

But most importantly, reach out to your neighbor. Talk about politics even if it’s uncomfortable at first. I bet you’ll find that you have more in common than you think.

That’s how we can channel Mr. Rogers and make our neighborhood a better, more welcoming place for all to live. 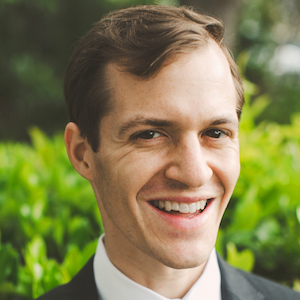