Why they fight: The Texas GOP and the looming session 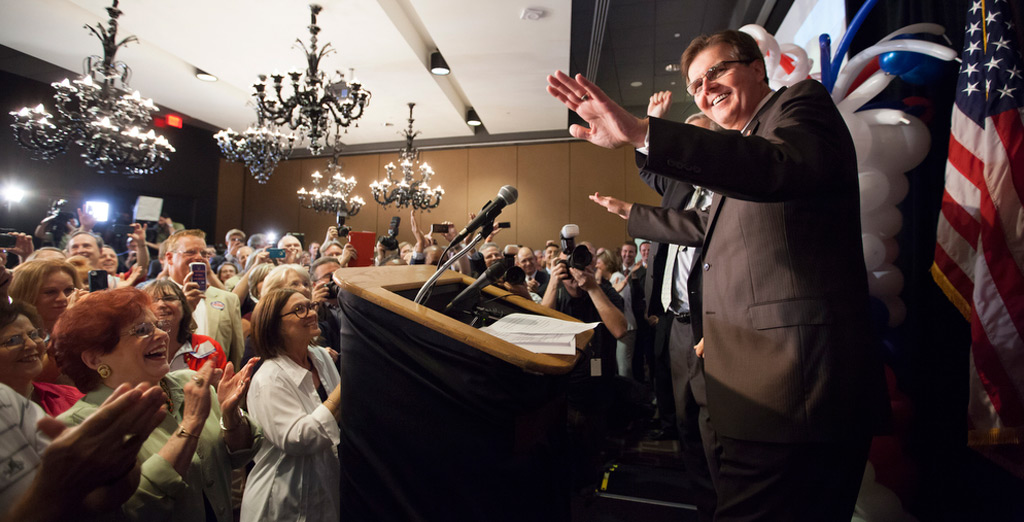 The inordinate amount of attention on the Legislature’s internal processes as the session approaches — from Lt. Gov.-elect Dan Patrick’s campaign promises to jettison the two-thirds rule in the Senate to conservative activists’ efforts to make the selection of the House speaker a campaign issue — is inextricably bound with the internal tension roiling the Texas Republican Party.

This tension is often portrayed as a factional battle between two forces within the Republican Party, with one, the Tea Party, on the rise and the other, moderate Republicans, on the decline. But a closer look at GOP voters indicates that the infighting between these two forces is likely the result of the roughly even balance between the two groups in the electorate, and the calculated desire of officials elected under the Tea Party banner to exert more control over the legislative agenda — and how the Legislature does its business.

The remainder of the GOP electorate (about half) — comfortably situated in the meaty center-right — is likely agnostic about these pitched procedural battles, and almost certainly fuzzy on the details. This suggests that the fights within the party among interest groups and legislators for control of the agenda are a magnification of the preferences in the electorate rather than a direct reflection.

But to what end? If there’s far more overlap than discontinuity between mainline and Tea Party Republicans (at least within the electorate), why have the fights over control of the agenda and the process that drives it become so pitched? There are at least three answers to that question.

This universe of public opinion in the Republican Party also feeds an electoral element fueling the fight to control the legislative process. Those in the right wing of the GOP attempting to gain control of the agenda through the consolidation of powers in the upper chamber, and a change in management in the lower, are betting on their brand of GOP politics continuing, if not becoming more pronounced, given the electoral triumphs of candidates like Patrick and Ted Cruz, as well as Republicans’ margins of victory in November. Recent signs that moderate forces in the GOP, particularly among the trade groups and professional associations, are moving to blunt the impact of the Tea Party forces in GOP primaries appear not to have defeated the reflexive fear among most Republicans of being challenged from the right come primary season.

The final part of the answer is institutional, and involves the balance of power between the membership of the legislative bodies and the power exercised by their presiding officers.

The Tea Party conservatives are attempting to secure leadership positions with the apparent goal of strengthening their ability to exercise their will over each of the legislative bodies. In the Senate, having elected one of their own as lieutenant governor, the right wing of the party is supporting rules changes that will strengthen the power of the lieutenant governor over the members by reducing the number of votes necessary to move legislation to the floor — effectively weakening the chamber as a whole vis-à-vis the power of the presiding officer. In the House, their criticism of Speaker Joe Straus, R-San Antonio, is that he has been insufficiently conservative — due in large part to his willingness to preside over the chamber’s agenda in ways that protect members from difficult votes while allowing them to vote their districts. Almost by definition, the agenda that emerges from such an approach is seen as lacking partisan purity.

Given both their symbolic invocation of anti-British protest and their frequent embrace of constitutional fundamentalism, it’s ironic that the Tea Party conservatives are striving for a more partisan, party-driven model of the legislative process that borders on the parliamentary. They appear to want to use the power of the presiding officer to drive a legislative agenda defined by the priorities of the extremely conservative wing of the party — one that both polling and elections suggest has significant support among GOP primary voters. This is at odds with the history of the chamber and with a state constitution and political culture that seek to make it hard to use government decisively and for narrow purposes defined by ideologically homogenous political parties.

These ambitions to shift how the institutions work will fuel ongoing fights about process beneath the surface of the usual policy fights during the session. In the Senate, all eyes are on Patrick and the coterie of incoming conservatives. In the House, where Straus’ re-election has never been in doubt (the media-driven trope of a “speaker’s race” notwithstanding), Tea Party-aligned representatives like Jonathan Stickland, R-Bedford, have promised continued efforts to pressure the leadership. In both chambers, the substance of these intramural GOP fights will invoke politics and policy. They will also be about a larger, potentially more transformational struggle occurring between two fundamentally different visions of how politics in the Legislature should operate.

The real threat to the Texas GOP: voter apathy