A plea for decency, not bigotry 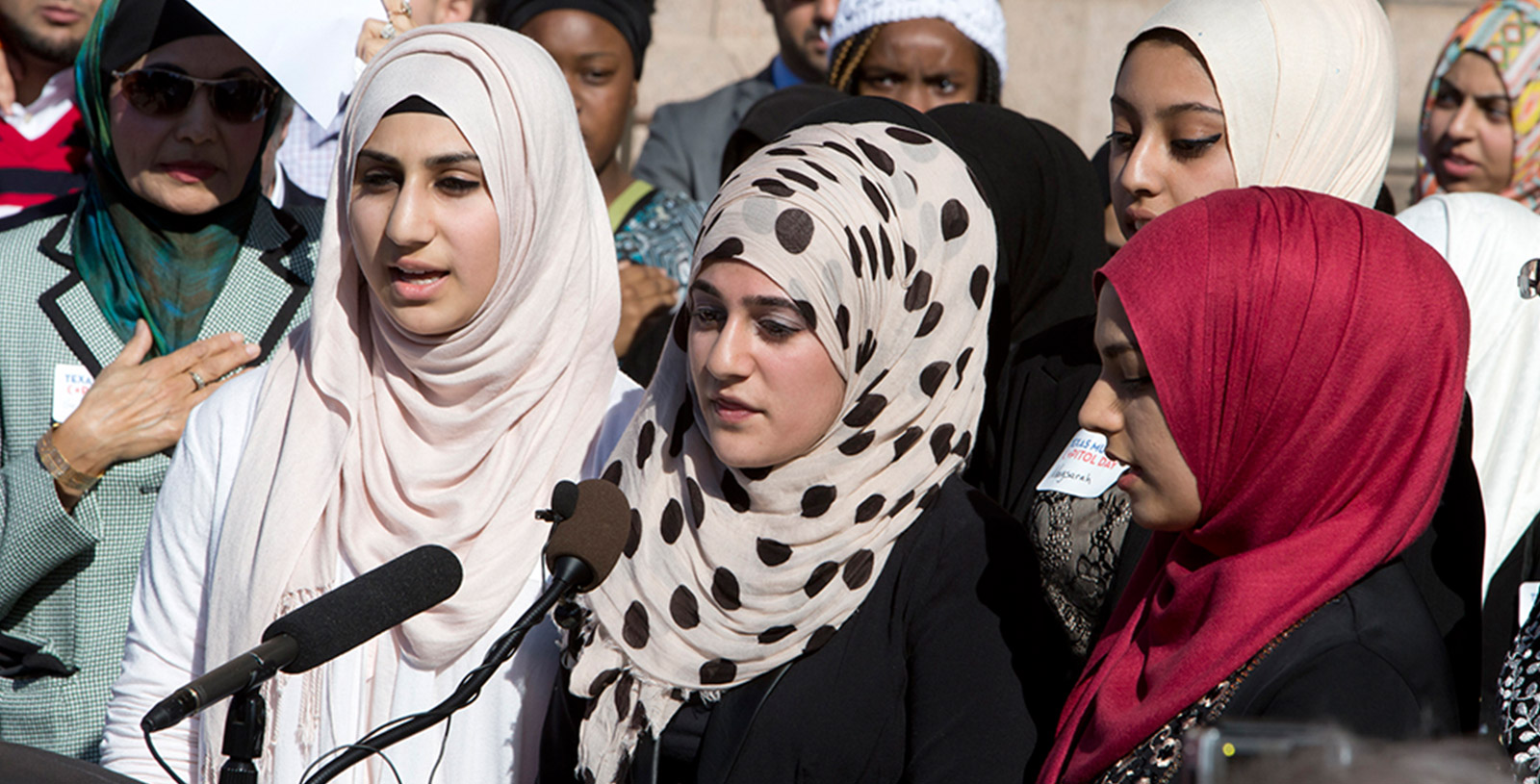 When Ruth Nasrullah and others from the Council on American-Islamic Relations’ Houston chapter showed up at the state Capitol this week, they hoped to celebrate Texas Muslim Capitol Day by engaging in political discourse and meeting their elected representatives to discuss issues of concern.

For this reason, they gathered to rally in support of laws like the Texas Dream Act and stand in solidarity with other citizens who share their passion for political activism.

But their efforts were met by protesters who loudly proclaimed that “Islam is a lie” and that Muslims should go home and take President Obama with them. Moreover, freshman state Rep. Molly White, R-Belton, left an Israeli flag in her office with special instructions to her staff: Ask Muslims to pledge allegiance to the United States and to renounce “Islamic” terrorism.

“We will see how long they stay in my office,” White said on Facebook.

The recent tragedies in Sydney and Paris have left us all grappling with extremism and its connection to Islam. As a Muslim, I’ve felt compelled to defend my faith and to show the world that I share American values and dreams. By engaging in political discourse, CAIR is trying to show that Muslims are concerned about the issues that affect all of us as American citizens.

But lawmakers like White not only fail to understand the values of diversity — they actively pave the way for discrimination against their own citizens. It is sheer ignorance to believe that millions of Muslims living in the United States are not supportive of its constitution.

In fact, the founder of Islam, Prophet Muhammad, said loving one’s country is part of one’s faith. This statement makes it mandatory for Muslims to love the country of their residence and to show complete obedience to its laws. By asking Muslims to declare their allegiance to the United States, White is revealing her preconceived notions about the Islamic faith and using her influence to discredit the beliefs of American citizens who happen to be Muslim. As lawmakers, White and others have a responsibility to act as mediators of peace, not bigotry.

As for the demonstrators, I recognize and respect their right to free speech and protest. But what I find distasteful is that instead of engaging in peaceful discourse about their differences, a woman chose to run up to the podium during the event and snatch the microphone. This is not an exercise of free speech; this is an act of will to threaten and demean others.

“It was more than what I expected,” Nasrullah said.

After every act of extremism in the name of Islam, the media and the pundits urge Muslims around the world to speak out against atrocities that have nothing to do with their faith. With every act of extremism linking itself to Islam, not only do we witness the hijacking of our faith; we also brace ourselves to face discrimination. Muslims like me are living with a guilt of culpability for a crime we have not committed.

The only way to ease the guilt in our hearts is by engaging in political and social discourse. By marching to the Capitol, Nasrullah and others were trying to show that their voices are just as important and valuable to American society as any other.

Recently, Obama encouraged European communities to integrate Muslim populations more effectively in order to counter radicalization. In America, he said, Muslims feel at home. As Muslims, we are not looking for special treatment. All we are asking from any lawmaker or citizen is to respect our right to engage in peaceful discourse and to not judge our motives by the actions of a few extremists.

The opinions of a few protesters and one lawmaker will not deter Muslims like Nasrullah or me from voicing our opinions or our efforts to foster a better understanding of our faith. In fact, discrimination will only motivate us to work harder for peace and harmony.

As measles threat rises, we can keep Texas safe