Marriage between one man and one woman has been the societal norm since history began. In 2005, 76 percent of Texas voters agreed, enshrining traditional marriage in our state constitution. Nonetheless, a majority of U.S. Supreme Court justices later this month may decide to accommodate the small percentage of the population that is gay or lesbian by sanctioning same-sex “marriage.”

That decision would impact innocent children the most, depriving them of essential male and female role models. It may be controversial, but a widely cited 2012 study offers the best evidence yet that children raised in same-sex households may not fare as well as those raised by a mother and a father.

Adults who were raised in same-sex homes who love their parents are speaking boldly about their desperate need for both role models. Raised by a lesbian couple, Robert Oscar Lopez, a professor at California State University, Northridge who is bisexual, has signed an amicus brief filed with the Supreme Court in defense of traditional marriage — even though he knew that doing so would reap vicious repercussions from gay and lesbian activists.

Lopez has written that his own experience taught him that children raised by same-sex parents “deeply feel the loss of a father or mother, no matter how much we love our gay parents.” Children, he says, “feel disconnected from the gender cues of people around them” and “wish they had had a role model of the opposite sex.”

He calls reports by psychologists and pediatricians on the soundness of same-sex parenting “frankly bogus.” As David Popenoe, a sociology professor at Rutgers University, has said, “The two sexes are different to the core, and each is necessary — culturally and biologically — for the optimal development of a human being.”

Great civilizations throughout history have devolved to a moral code of decadence, but none have gone so far as to grant equivalence to same-sex unions, as the Supreme Court may do. Such judicial supremacy would contradict Founding Father Alexander Hamilton’s belief that the judiciary would be the least dangerous of the three branches of government.

In 1962, the court removed voluntary prayer from public schools. Judicial supremacists in 1973 found a “shadow” in the U.S. Constitution to overturn every state’s pro-life laws. Will the court uphold the wisdom of millennia in defense of traditional marriage and children? Or will it arrogantly find another “shadow” to condone unnatural behavior that, as Lopez says, forces “a state of deprivation on innocent children”?

A judicial fiat to undermine traditional marriage would create cultural chaos. The Texas Legislature passed a bill in hopes of protecting pastors from being forced to perform same-sex marriages, but no provision was made to protect other businesses like bakeries or floral shops that decline to support such ceremonies.

Gov. Greg Abbott’s successful defense of the Ten Commandments monument on the Capitol grounds in Austin while he was attorney general is in keeping with two of the principles with which we need his help now: honoring parents and keeping marriage sacred. We call on Abbott to stand for traditional marriage and for every precious child who needs both a mommy and a daddy by calling the Texas Legislature back into session to pass a bill defending the state against judicial supremacy. 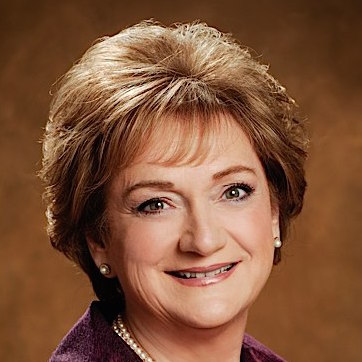 President of the Texas Eagle Forum

Mexico still on the cusp of an energy revolution