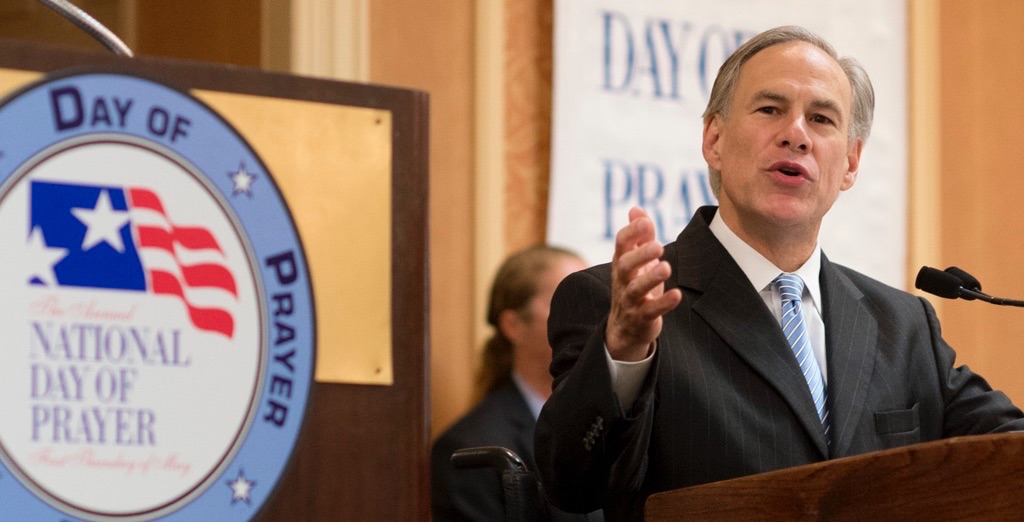 As the 84th legislative session unfolded, a set of questions about the political tenor of the Legislature and Texas politics loomed large. How effective would Gov. Greg Abbott be at earning the support of the Republican coalition that had been the foundation of his predecessor Rick Perry’s long reign? In what form would the Legislature deliver the tax cuts promised by statewide candidates, particularly Lt. Gov. Dan Patrick? How satisfied would the conservative voters who dominated the 2014 election be with the lawmakers and statewide leaders they ultimately selected?

The results of the June 2015 University of Texas/Texas Tribune Poll provide some initial answers to those questions, as well as some insight into the attitudes toward social issues that contorted the Legislature — including some striking results about perceptions of who in society suffers from discrimination. We’ll be taking a closer look at some of these subjects later, but here are five illuminating takeaways from the new polling that reveal the state of play in Texas politics in the aftermath of the legislative session:

1. In the eyes of the GOP base, Abbott has settled into the governorship nicely. Despite occasional criticism from opponents and the media, Abbott has found a comfortable niche in Texas public opinion and has grown into a popular presence among Texas Republicans. Overall, 46 percent of Texans approved of the job Abbott has done so far as governor, with only 28 percent disapproving. This is in line with Perry’s best approval numbers during his term, and better than the 32 percent who approve of Patrick or the 43 percent who approve of the Legislature as a whole. But most importantly, 74 percent of Republicans expressed approval of Abbott — 6 points higher than the Legislature, and 22 points higher than Patrick. Maybe most surprising is how well Abbott compares with U.S. Sen. Ted Cruz among Republicans. Abbott is viewed favorably by 77 percent of Tea Party Republicans, only 5 points shy of Cruz’s 82 percent. But unlike Cruz, Abbott maintains that high rating among non-Tea Party Republicans as well; he’s viewed favorably by 74 percent compared with Cruz’s 58 percent. Among Republican voters in the state, Abbott, at this early stage in his first term, appears to hold the strongest position of any Texas GOP official. Abbott’s determination to keep establishment voters in the fold, along with his various gestures toward the party’s right wing — such as his approach to Jade Helm 15 and the patterns in some of his vetoes — indicate that he has no intention of presiding over any retrenchment of the influence of the governor’s office.

2. Appreciation for the tax cuts that lawmakers approved is faint, if not completely absent. Though there was certainly popular support for cutting property, sales or business margins taxes (who in Texas isn’t for cutting taxes?), when voters were asked what the Legislature should have prioritized given the surplus of funds at its disposal, a plurality wanted property tax cuts (21 percent), including 31 percent of Republicans, 30 percent of conservatives and 33 percent of Tea Party Republicans. By contrast, only 3 percent of registered voters prioritized cutting the tax that was the sine qua non of this session: the business margins tax. While legislators will be more than happy to tell constituents of their tax-cutting prowess, they may find some dissatisfaction with their efforts on the one their voters wanted most. When asked whether the average expected tax reduction from the homestead exemption increase (roughly $125) would be enough to make a difference to most Texas families, only 29 percent of Texans said it would, while 56 percent said it wouldn’t. Republicans, conservatives and Tea Party Republicans were more optimistic, but majorities of each still said that amount wouldn’t make a difference.

4. Texans’ views on some hot-button social issues are evolving, albeit at their own pace. With a major Supreme Court decision looming, Texans remain closely divided on gay marriage. In the latest poll, 44 percent expressed support, compared with 41 percent who expressed opposition. The level of support in Texas lags behind national rates but, as we’ve written previously, appears to be following the same trend. We also asked Texas voters a question about their support for a hypothetical change in Texas law that would reduce the maximum penalty for small amounts of marijuana possession to a fine and a citation — basically, a question to assess support for marijuana decriminalization. A somewhat surprising 67 percent of Texans expressed support for such a change, including majorities of every potentially consequential sub-group (including Republicans, conservatives, Tea Party Republicans, whites, blacks, Hispanics, men, women, etc.). Perhaps we shouldn’t have been surprised, though, given indications in the February poll question gauging attitudes in a more general way on the subject. But the breadth of support across groups will be encouraging to advocates.

5. Conservatives in Texas are more likely to see Christians and whites as victims of discrimination than they are to see other groups as targets. Given the recent national headlines over race and racial attitudes, as well as gay marriage and religious liberty, we thought it would be worthwhile to assess how much discrimination Texans think various groups face today. The differences among different ideological positions and partisan allegiances were striking. While liberals and Democrats tend to think that African-Americans, gays and lesbians, and Muslims are most likely to face discrimination in America, Republicans and conservatives indicated that Christians are most likely to experience discrimination. Furthermore, Tea Party Republicans saw Christians and whites as facing more discrimination than any other group, including African-Americans, Hispanics, gays and lesbians, Muslims, transgender people and women. The recent Charleston church shooting hadn’t yet occurred when we designed the question or polled on it, but these patterns in attitudes lend some context to the still-evolving public responses to the tragedy — and its political reverberations.

A new pathway for engineering students in Texas

What this ruling means for us