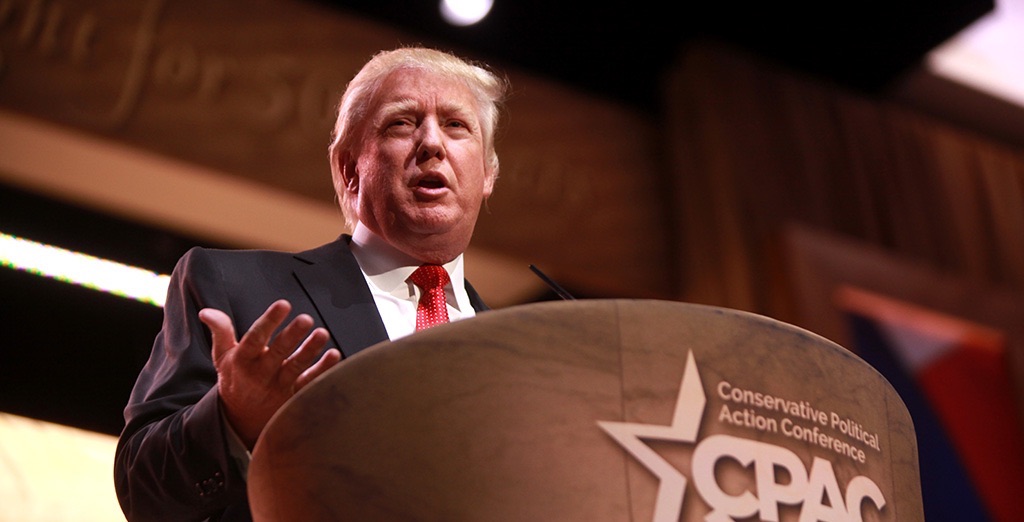 Donald Trump and U.S. Sen. Ted Cruz’s approaches to the 2016 Republican presidential race are increasingly demonstrating the political payoff of evoking grievances powerfully felt in the most conservative corners of the Republican primary electorate. Trump’s hammering on illegal immigration is familiar to anyone who has been paying attention to Texas politics, as is his sharp disdain for the federal government. But the congruence of much of his rhetoric with the attitudes and priorities of the conservative wing of the Texas GOP has put the spotlight on the March 1 Texas primary and its implications for Cruz, who led the 2016 primary pack in every University of Texas/Texas Tribune Poll before Trump’s entrance.

Setting aside for the moment the question of Trump’s staying power, UT/TT polling has revealed the grievances and sense of suspicion among the GOP electorate that elevated Cruz and that Trump is now channeling. Trump has seemingly gained traction with GOP voters at least in part as a result of his harsh approach to illegal immigration, initially accented by xenophobic invocations of widespread criminality among immigrants, and more recently substantiated by a provocative policy paper on the topic. As we’ve written before, Texans have consistently — and, in the case of Texas Republicans, overwhelmingly — cited immigration and border security as the top issues facing the state. When asked in February if “undocumented immigrants currently living in the United States should be deported immediately,” a centerpiece of Trump’s plan, 88 percent of Tea Party Republicans said yes. And despite a general impulse for reduced government spending, 91 percent of Tea Party Republicans in the June 2015 UT/TT Poll expressed support for increased border security funding.

Trump’s pointed language on immigration has resurrected now-familiar concerns among Republican elites about backlash among Latinos. But as is so often the case, conservative GOP primary voters’ reception of Trump’s rhetoric may well be shaped by concerns that are closer to home, in particular their perceptions that whites and Christians are being persecuted in America. When asked which groups experience the most discrimination in society, the top two responses among Tea Party identifiers were whites (71 percent) and Christians (79 percent), followed by the groups more typically thought of as being discriminated against (e.g., Latinos, as well as blacks, women, gays and lesbians, and others). These results are not entirely surprising — claims of reverse discrimination are hardly new. But considered alongside attitudes toward undocumented immigrants, these perceptions of prevalent discrimination against whites and Christians accord with some of Trump’s recurring themes — that “average Americans” (or at least Americans who tend to be white and Christian) are on the receiving end of unfair treatment by the country’s political elite and by a federal government that underperforms even as it serves elite interests.

Pundits’ surprise that Trump hasn’t jumped the shark already has given way to bewildered speculation about why Trump continues to top national and state polls. While it’s fair enough to be surprised that Trump’s personality and lack of seriousness in proposing solutions haven’t limited his appeal, Trump’s success shouldn’t be so bewildering. There’s ample evidence of a wellspring of support among Republicans for his view of what’s wrong with America right now. Cruz used a similar recitation of problems — along with a delivery that was similarly defiant of political and rhetorical niceties — to elbow his way into the U.S. Senate and then quickly into the presidential race. Trump’s celebrity translated into national media coverage and high name recognition from the get-go, but his act is hardly new, particularly in Texas.

Should both Trump and Cruz remain in the race when the Texas primary rolls around, the country might well be treated to a competition between Cruz’s style — the precursor to Trump’s barrage of grievances — and Trump’s more wild-eyed, celebrity-enhanced variant. The attitudes flowing through the conservative corners of the GOP in Texas — the nativist views toward the southern border and immigration, the disdain for Congress (and, more broadly, the norms of the American legislative process) and deep suspicion of the federal government — make for an eager audience for what both are selling.

The idea of Trump and Cruz simultaneously competing in Texas is a matter of extreme speculation at this point, but the scenario gets less far-fetched with every passing day. As Trump’s political fortunes have waxed, Cruz has more quietly moved up in the second tier of candidates in some recent polls. This, in conjunction with his ample financial resources, makes it even likelier that whatever his success in the first round of primaries and caucuses, he’ll stick around for the “SEC” round of southern primaries that includes Texas. As the top-tier candidates are forced to jockey for position in Trump’s shadow, the possibility of former Florida Gov. Jeb Bush, Florida Sen. Marco Rubio or Wisconsin Gov. Scott Walker (or anyone else) gaining a decisive advantage in the early stages of the nominating contest grows ever more remote. In the absence of a clear inheritor of the merely conservative vote in Texas (it doesn’t make any sense to refer to center-right Texas Republicans as moderates), the most conservative faction of primary voters could help deliver a share of delegates to their standard-bearer. Trump’s candidacy is undeniably attracting attention from conservatives, but those voters have already elected Cruz once to give voice to their grievances, and they appear happy with the choice. Their continuing support will still be the senator’s trump card in Texas if the GOP has failed to reconcile its competing factions by March 1.

The absurdity of tinkering with Texas history