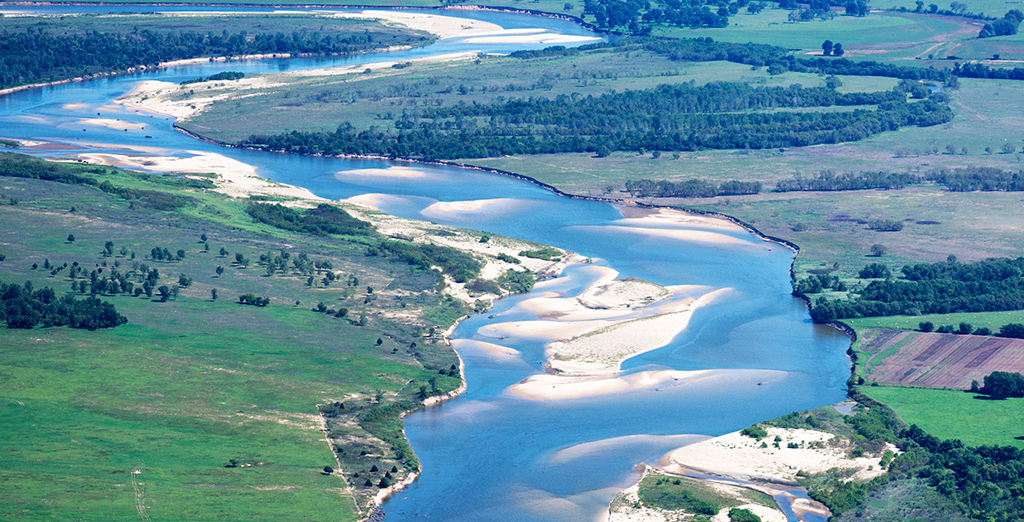 Upon their arrival to the New World, conquering conquistadors planted their flag signifying their claim on behalf of the Spanish empire. In a similar manner, the U.S. Bureau of Land Management has embedded survey markers on private property along the Red River signifying its claim of federal property.

This federal land grab threatens the liberty of all Texans, and this week, property owners inside the Bureau of Land Management's claimed area have filed a federal lawsuit to quiet title to their lands and claimed violations of their constitutional rights arising from the bureau's attempted seizure.

Dating back to the Louisiana Purchase, the boundary of Texas and the private property within have extended to the south bank of the Red River, whether it was during Texas’ period as a Spanish colony, sovereign nation, or its current statehood. Now, the Bureau of Land Management has notified Texans along a 116-mile stretch of the Red River within Wilbarger, Wichita, and Clay counties that their private property is within land claimed by the federal government as public lands.

The U.S. Supreme Court resolved the boundary issues along the Red River through its 1923 State of Oklahoma v. State of Texas opinion. Along the sandy banks of the Red River, erosion constantly moves the riverbed, which led to Texas and Oklahoma then disputing their respective jurisdictional boundaries. In its decision, the court established three things:

Furthermore, the Supreme Court defined how to determine the Texas gradient boundary:

This is the boundary separating Texas private property from federal public land, and it has been as a matter of law since the Supreme Court resolved this issue in 1923. Standing on the banks of the Red River, any person can see the separation between Texas and federal territory.

Wilbarger County resident Ken Aderholt’s grandfather understood this boundary when he bought ranchland along the Red River in 1941; he and his family have been farming and ranching their homestead ever since. Barbara and Kenneth Patton understood this when they acquired their acreage. They use the property to run cattle and have improved it by adding six miles of new fences, a set of cattle pens and two solar-powered water wells.

Beginning in 2008 — for the first time in American history — the Bureau of Land Management invented a new way of determining the southern boundary of its “thin strip of sand.” In doing so, the bureau discarded the past 90+ years of Supreme Court precedent and case law.

As best as can be discerned through the thick veil of bureaucracy, the government’s argument is thus: Over the past 92 years, the Red River has eroded north, constantly carving out the sandy riverbank along this area. In some areas, the waters of the Red River are 1-2 miles farther north than where they were located in 1923. The Bureau claims that as the Red River migrated north, federal territory remained as a fixed line where the river once stood, ever expanding as time progressed.

No precedent supports this claim. Rather, the Supreme Court recognized that the Red River boundary existed “subject to the right application of the doctrines of erosion and accretion and of avulsion to any intervening changes.”

The Bureau of Land Management's lack of authority to claim private property within Texas along the Red River means its declarations of federal land are nothing short of a seizure of private property. If the federal government can claim land belonging to people like Aderholt and the Pattons as public property without due process or lawful basis, then private property can no longer be considered a right for any Texan.

The Texas Public Policy Foundation’s Center for the American Future represents the Aderholt and Patton families, along with other impacted landowners, in a lawsuit versus the Bureau of Land Management disputing the claim of federal public property. More information may be found at www.RedRiverPropertyRights.com.

The Texas Public Policy Foundation is a corporate sponsor of The Texas Tribune. A complete list of Tribune donors and sponsors can be viewed here.

Nondiscrimination is key to a prosperous Dallas