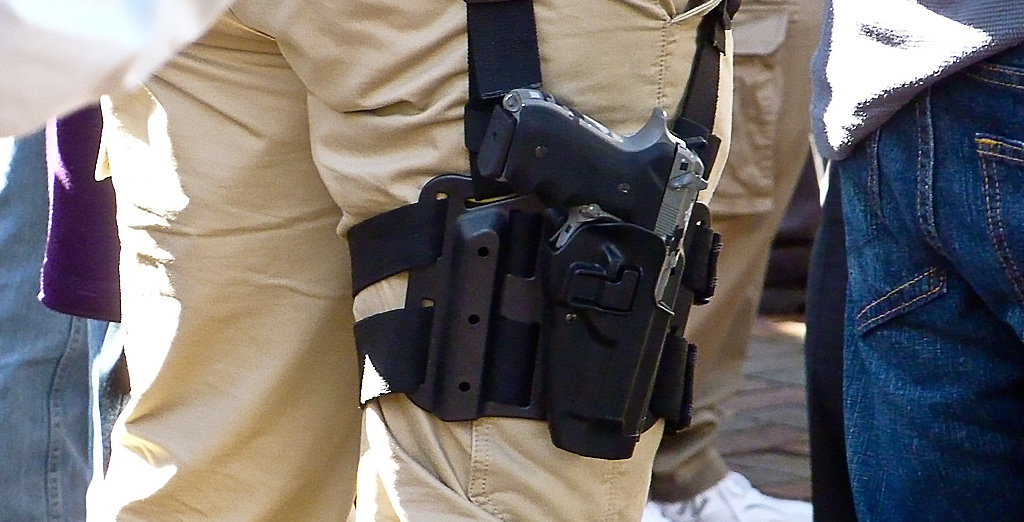 People rightly rail against the evils of big government. But just as serious a problem is what might be called "hidden government," when regulation becomes so pervasive that you can no longer tell where government stops and the private sector begins.

Consider, for example, the recent controversy over open-carry in grocery stores. Texas law prohibits individuals from carrying firearms in places where alcohol is served. The law makes an exception, however, for people who have a license to carry a handgun.

As of Jan. 1, Texans who hold a concealed handgun license may openly carry a gun in a holster or belt. In response, some Wal-Mart stores have begun asking to see license documentation for anyone openly carrying in certain stores.

While this has sparked a backlash and calls for boycott among some gun rights activists, Wal-Mart’s defense is that the new policy is necessary to prevent the loss of its own liquor licenses. Under Texas law, a business that “knowingly allows” unlicensed individuals to carry firearms on their premises risks losing their permit to sell alcohol.

Of course, the law doesn’t explicitly require stores to make these checks. Nor were they expected to check patrons for concealed weapons. But while the Texas Alcoholic Beverage Commission hasn’t said that a store will lose its ability to sell alcohol if it doesn’t do open-carry checks, its answers haven’t been reassuring, either.

“Anytime you have a TABC license or permit, you're required to abide by the structure of the alcoholic beverage code to ensure that alcohol is sold safely and lawfully,” Chris Porter, public information officer for the TABC, recently told KVIA News. “In this case, making sure all handguns brought onto the premises [are licensed] is part of that responsibility.”

Given the amount of money at stake, you can’t blame Wal-Mart from erring on the side of caution. The end result, however, is that the business is forced to carry out the wishes of bureaucrats even when it isn't legally required to do so. Whatever you think about the merits of open carry, that should be troubling.

Sadly, this isn’t an isolated case. I was recently at a workshop on tax-compliance issues for nonprofits. Tax-exempt organizations are restricted from engaging in certain types of political activities, yet the standard for the advice seemed to be that you should avoid doing anything that could be considered prohibited by an IRS official in a bad mood. When the penalties are stark enough, any regulatory uncertainty can create a broad chilling effect, forcing people to go above and beyond the call of the law for fear that someone might see things differently.

The worst part about hidden government is that it removes the accountability essential to a democracy. If there are potholes on the public streets, I know whom to hold responsible. But when businesses adopt precautionary policies to avoid the wrath of regulators, it may not be apparent to the average consumer what’s really going on. Without that awareness, it’s hard for people to take appropriate action.

That’s bad news. Because without accountability, neither government nor the private sector can be counted on to serve the public interest.