The Texas GOP goes nativist in 2016 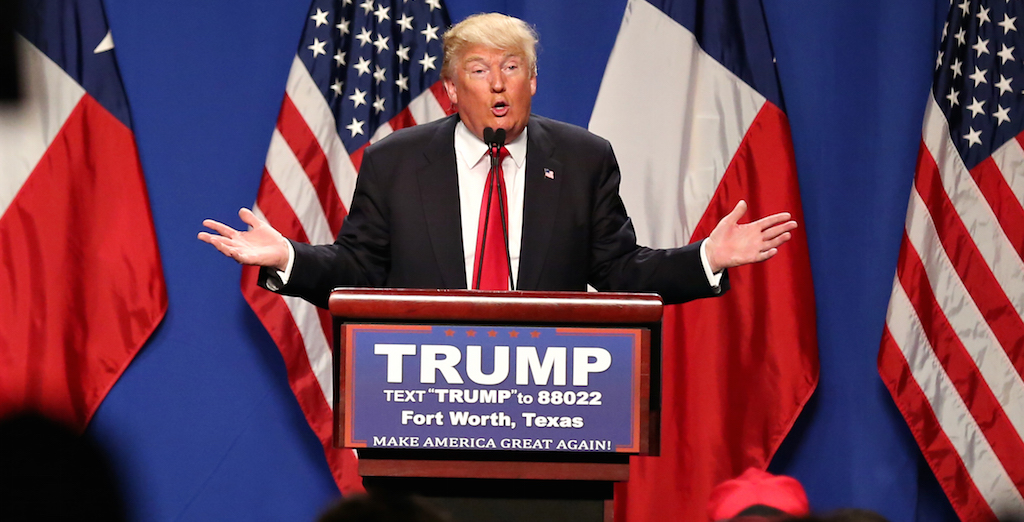 The convergence of renewed terrorist attacks in Europe and the United States with the competitive dynamics of the Republican presidential nominating contest has brought to the surface a set of nativist attitudes that have not received such full-throated expression in American politics for at least several decades.

The widespread embrace of more restrictive policies on immigration, more tightly controlled international borders and more punitive policies toward undocumented non-citizens is not new, but recent evidence also suggests the embrace of a range of negative attitudes among Republican voters aimed at perceived outsiders. Donald Trump and, to a lesser but still significant degree, Ted Cruz have found success in the Republican presidential nomination process by appealing to these attitudes among GOP primary voters. Their success, and the failure of those who have tried to counter them, point to the emergence of a strain of nativist attitudes that is exerting a powerful influence over the politics of the Republican Party.

The February 2016 University of Texas/Texas Tribune Poll provides ample evidence of a set of attitudes that convey fear and anxiety about the foreign born and their presence in the United States — including in Texas. The poll, conducted less than a month ago, found continued and broad support among Republicans for the immediate deportation of illegal immigrants — a characteristic of public opinion that is neither new nor, in itself, indicative of an upsurge in anxiety about the threat that the foreign born pose to the body politic.

In Texas — and if the results of the early nominating contests are any guide, elsewhere as well — this restrictive, even punitive approach toward non-citizens is part of a larger, well-established pattern of attitudes. Concerns about immigration and border security, consistently rated as the most important problem facing Texas, have long been evident in conjunction with the embrace of a bundle of restrictive attitudes, including the aforementioned immediate deportation of undocumented immigrants, opposition to sanctuary cities, opposition to comprehensive immigration reform, opposition to in-state tuition for undocumented children, support for English-Only proposals and even opposition to parts of the 14th amendment.

The national attention focused on the intersection of counterterrorism policy and national security, on the one hand, and immigration policy on the other, initially took a form that was likely reassuring to national GOP stakeholders and elites. The discussion of vetting refugees from predominantly Muslim countries, especially in the midst of global news coverage of the refugee crisis associated with the Syrian civil war, for a time enabled GOP candidates to continue railing against a “broken immigration system” while shifting the emphasis away from a Latino population whose clout will only increase with each subsequent election cycle.

The undercurrents in the GOP electorate described above make maintaining such a redirection of the habitual focus on the southern border difficult under the best of circumstances — as the Texas GOP saw during 2014 state primary campaigns in which candidates up and down the ballot outdid themselves trying to be the most restrictive candidates on immigration. But it has proven impossible to fine-tune this approach in the context of Trump’s sometimes astonishing ability to set the agenda and the tone of the GOP nominating process. Trump’s seemingly illiberal (that’s capital-L Liberal, just to be clear) call to ban non-citizen Muslims from entering the United States, at first blush seemingly so at odds with precepts of liberty, religious and otherwise, has become part of the mainstream discourse. It was made even more so by the reflexive Republican counter-reaction to the aggressive response from President Obama, and even of some GOP elites who thought the proposal problematic.

The impact of this sequence of response and counter-response was clearly in evidence by the time we polled Texans in mid-February on their views of banning Muslims per Trump’s proposal. Overall, more Texans supported such a ban than opposed it, 46 percent to 41 percent. But as is often the case with such closely divided opinions, the split hid a lopsided partisan response pattern: 62 percent of Texas Republicans expressed support for such a ban, while only 28 percent opposed it; 29 percent of Democrats supported the ban, with 58 percent opposing it. Trump’s proposal may have scandalized some, but it has been embraced by a large share of Republican voters in Texas (and in the United States overall, according to at least one national poll).

The quick confluence of the apparent acceptance of a religious test for immigration by GOP voters — along with similarly unwelcoming views about Syrian refugees and a major change in the value that Texans place on the role of newcomers — rounds out this cluster of attitudes toward people who aren’t from here. Most of these refugees would, of course, not make it over the taller wall of Trump’s proposed ban on Muslim non-citizens. But even without Trump, Texans were also provided a cue by Gov. Greg Abbott, who quickly gained national attention in November for voicing his opposition to Texas accepting any Syrian refugees, and joining Cruz in Washington to lend his support to a bill curbing the number of Syrian refugees entering the Unites States and making it easier for other states to do so, too.

Setting aside for the moment the fact that the United States has accepted a small share of these refugees, and the fact that the governor has no legal authority to use state power to ban people legally residing in the country from going to whatever state they please, the Republican base is wary of accepting Syrian refugees in Texas, as well. Overall, 51 percent of Texans disapproved of the state accepting any Syrian refugees, even if they have gone through a security clearance process. This includes 76 percent of Texas Republicans but “only” 30 percent of Texas Democrats.

But maybe most troubling for the Republican Party in a country whose diversity is only going to increase was the rapid change in attitudes to a question that we’ve asked a number of times in the UT/TT poll. We asked Texas voters whether they agree or disagree with the following statement: “Newcomers from other countries enrich Texas with their hard work and values.” In June of 2014, 60 percent of Texans agreed with this statement, including 52 percent of Republicans. By February 2016, that number dropped to 53 percent of Texans overall, and only 37 percent of Texas Republicans. Fifty percent of Texas’ GOP voters disagreed outright.

This constellation of attitudes is now a public part of national GOP politics as Trump has emerged as the frontrunner to win the Republican nomination and become the party’s de facto standard bearer. Cruz gingerly rejected Trump’s Muslim ban back in the phase of the campaign in which he was attempting to avoid alienating Trump supporters. But in his immigration politics and his response to the Syrian refugee situation (legislative and otherwise), Cruz has certainly done more than merely accede to the nativist tone that has taken over the GOP — he has joined in full throatedly.

Cruz was early in his acceptance of the fundamental reality that being tough on illegal immigrants provides primary voters with important evidence of a Republican’s conservatism. It is certainly not the stuff of one faction or another, as the rhetoric of recent state legislative races has illustrated. These attitudes have long been present in the embrace of border security at any cost and the desire to rid the country of undocumented aliens no matter how impractical or even corrosive such a purge would be. Now, with fears of international threats stoked by ISIS, feverish anxieties about economic and cultural change wracking the body politic and a set of national figures loudly and effectively fanning those emotions, we are in a new phase of nativist politics likely to make an already inflamed politics even more caustic.