My father, Volma Overton Sr., like many other African Americans of his era, served his country in World War II. Dad helped win that war but when African Americans came back (and many didn’t) they were told their place in an America still under Jim Crow was at the back of the bus. The indignity of that injustice spurred my father to a life of civil rights activism as the head of the local NAACP in Austin.

Jim Crow meant separate schools, separate water fountains and separate parks. For the University of Texas it meant a separate basement law school for blacks. Thurgood Marshall and Heman Sweatt challenged the segregationists at UT and won with the law school being desegregated in the summer of 1950.

Shortly after that case was decided, a nine-year-old caddie named Alvin Propps played the course at Lions Municipal Golf Course, known to locals as “Muny,” in defiance of Jim Crow. He and another black youth who was playing were detained, but the mayor of Austin and other council members let them go instead of jailing them for trespass. Subsequently, the city council decided not to build a separate course for blacks but to let us play at Muny. This was in 1951 — well before the U.S. Supreme Court overturned Jim Crow in 1954 when Brown v. Board of Education was decided.

There was no other golf course in the South of the old confederacy and few, if any, public accommodations that were desegregated at that time. While the city of Austin has not always been right in racial matters, no one told the city to desegregate Muny. It was done voluntarily. Soon after, the public library and a fire station in East Austin were desegregated —both before Brown was decided.

Instead of embracing and celebrating this civil rights triumph, UT fought us all along the way as we worked to receive state and federal recognition of the course as a civil rights landmark. Behind the scenes, UT had changes made in the text of a state historical marker to dilute the recognition of Muny’s desegregation — to make it sound less important. They requested the delay of a hearing before the Texas Historical Commission that resulted in the expiration of the term of a prominent African American preservationist who was the chair of the State Board of Review.

UT contested the nomination of Muny for listing in the National Register and seemed to diminish the role of blacks in desegregating the course. UT even questioned whether Alvin Propps had played the round he did despite it being witnessed by another African American caddie who is now a retired orthopedic surgeon and former colonel in the military. In order to more easily develop Muny, UT fought against listing the course that was desegregated, and instead wanted to list the clubhouse, which had remained segregated.

Now we have legislation pending that would finally preserve the course and give us the ability to properly honor its history. Once again, UT is fighting it.

When I was young, I remember Dad taking me with him to play Muny not that long after the course was desegregated. There were people I knew at the course from Austin, but also African Americans from Houston, Dallas and San Antonio who had come to play. There were no other courses in Texas where blacks had access at that time. I didn’t understand it all, but I was proud and happy to be there with my Dad.

Muny’s history doesn’t belong in the back of the bus, crowded inside a Jim Crow clubhouse while condos sprout up all around so that the university can shroud the history. It should be out in the open where all can see it and remember what it means.

I’m supporting Senate Bill 822 and House Bill 4059 because the University of Texas has refused to fully embrace all that Muny represents. It means freedom, equality and simple justice — things everyone should know and fight for, especially UT. And in contrast to the privately owned UT Golf Club, at least — since 1951 — everyone gets to play at Muny.

Just as UT fought Heman Sweatt’s admission to law school, I see UT on the wrong side of history. The riches to be won from honoring history so far outweigh the marginal profits they seek. We give the university a lot,  including a big chunk of the funding for its medical school. At the very least, UT should give Muny the respect and honor it deserves as an important symbol of our country’s civil rights history.

Disclosure: The University of Texas at Austin has been a financial supporter of The Texas Tribune. A complete list of Tribune donors and sponsors can be viewed here. 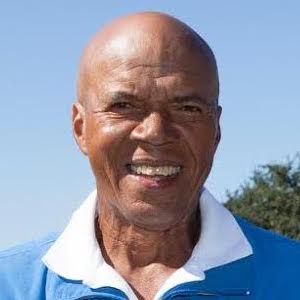 Stopping federal overreach is a job for Texas, not federal judiciary