Federalism in the Trump era: Conservatives should commit to decentralization 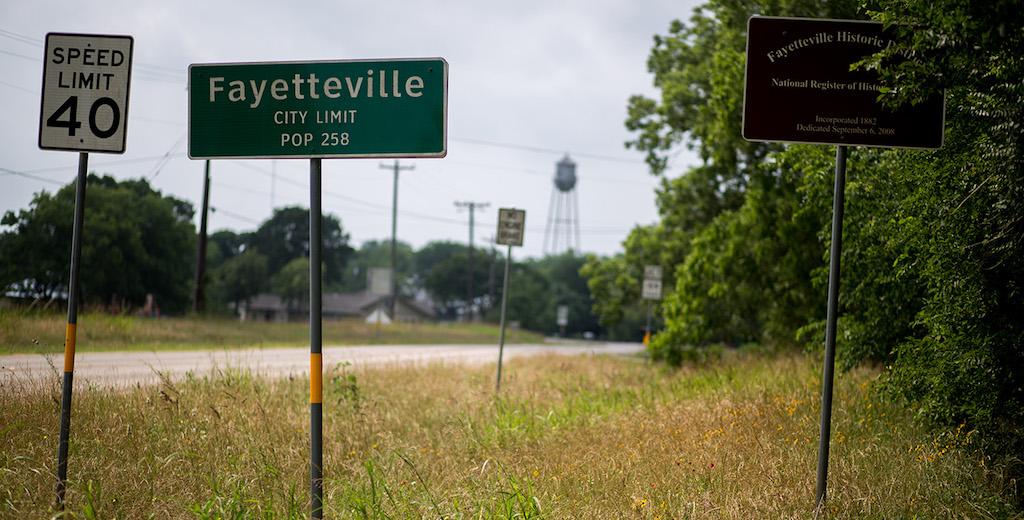 Town institutions are to liberty what primary schools are to knowledge; they put it within the grasp of the people; they give them a taste of its peaceful practice and accustom them to its use. Without town institutions, a nation can pretend to have a free government, but it does not possess the spirit of liberty.

For at least the next year and a half, Republicans face the challenge of governance. The 2016 election put power in their hands at the national and state levels to a degree not seen since the Civil War. Most major U.S. cities, however, remain under Democratic leadership. The challenge of constructing a governing vision — highlighted by Yuval Levin — is especially acute for Republican leaders in states with liberal urban populations and representatives. Intergovernmental conflict has intensified in the Trump era, with city leadership calling for local control in policy areas ranging from bathroom privileges to immigration enforcement, and state governments attempting to curtail it. Ongoing attempts by Republican leaders to circumvent municipal control of local issues are misguided and likely to undermine the construction and implementation of a long-term governing vision.

Texas is a microcosm of the national situation. A red state in presidential elections since the late 1970s, Republicans reinforced their dominance of the executive branch and both legislative houses in the 2016 election. On the other hand, Democrats dominate in the major cities of Houston, Dallas, San Antonio, El Paso and Austin. These and a few border municipalities have sued the state over Senate Bill 4, the recently passed anti-sanctuary city law. Gov. Greg Abbott recently called for a special session of the Legislature for this month, outlining an agenda that includes restrictions on city ordinances protecting transgender bathroom usage, requiring rollback elections on property taxes and removing tree-growth regulations on private land.

The governor’s actions and rhetoric have sparked a debate on the proper extent and meaning of local control. Texas Monthly writer R.G. Ratcliffe charged Abbott with waging a “war on local government.” As he noted, the Texas Municipal League released a statement arguing that Abbott’s proposed curtailments of local ordinances would stifle the ability of local governments to be responsive to their residents.

Abbott is a prominent proponent of federalism. Under his leadership, Texas became the 11th state to pass a resolution calling for a convention of states to curtail federal power. Abbott and other Texas Republicans were rightly incensed at the federal “guidelines” for public school bathrooms imposed by the Obama Administration.

Abbott’s argument is that the state should guarantee individual liberties against local regulations so that business can prosper, rather than tolerating a “patchwork quilt” of local ordinances. At a meeting of Texas conservatives on March 21, Abbott argued against a “rifle-shot” approach to local regulations in favor of “an overriding [state] policy to create certain standards that must be met.” He argued for “a broad-based law by the state of Texas that says across the board, the state is going to pre-empt local regulations” that would “[provide] greater advance notice to businesses and to individuals that you’re going to have the certainty to run your lives.”

The Houston Chronicle’s editors pounced on the apparent contradiction in an op-ed criticizing the call for the special session:

Gone are the days when the Republican Party of Texas could be counted on to defend local control. No longer do Texas conservatives believe that government closest to the people is the best kind of government. Instead we’ve witnessed the emergence of a political movement dedicated to stealing power away from local voters and moving it to Austin, where big money donors have created a one-stop shop to get what they want out of government.

In technical terms, federalism relates to the division of powers between the national and state governments, which historically retained broad powers under the 10th Amendment — a fact Abbott has pointed out. The American founders, including those who argued for a strong national government to remedy the ills of the Articles of Confederation, assumed states would be in charge of regulating most domestic affairs, with the national government presiding only over general interests. The Federalists were at pains to allay the Anti-Federalists’ fears on this score, as Publius illustrates in “Federalist #45”:

The powers delegated by the proposed Constitution to the federal government are few and defined. Those which are to remain in the State governments are numerous and indefinite.

Yet, the Chronicle’s editors have a point that should resonate with supporters of federalism: “government closest to the people is the best kind of government.” The details of daily life are too minute and the country too diverse to be regulated from Washington D.C. People required to live under the laws of a government should have maximum input into the formation of those laws. A governance vision emphasizing decentralization upholds the ideal of the United States as a compound republic, composed of independent states and numerous local communities – very much a “patchwork quilt.”

Stripping local governments’ powers to regulate tree-growth, bathroom usage, plastic bag sales or fiscal policy does not technically violate the principle of federalism, but it violates the spirit of local self-government. For that reason, criticisms of the Texas government’s current approach are on the money.

Before the great conflict over states’ rights reached its boiling point in the Civil War, the astute French visitor Tocqueville discussed the principle and spirit of federalism in a more comprehensive way. Tocqueville ingeniously and innovatively began his analysis of the American political system with the “township,” arguing that the town was the seedbed of political liberty in the young democratic republic, especially in New England:

For everything that relates only to them alone, the towns have remained independent bodies. No one among the inhabitants of New England... recognizes the right of the state government to intervene in the direction of purely town interests.

Citizens of the young republic were engaged in local government and civic association because they sensed that their involvement could make an impact, and that local government would in turn impact their lives. Political scientists call this sense of ownership and empowerment “political efficacy.” Excessively curtailing local control is likely to erode an already-diminished sense of political efficacy, manifested in reduced participation in local politics and voting in local elections. It could also exacerbate the tendency to pursue social and economic change by imposition via federal law or through the courts, circumventing deliberation at the local level and state levels.

The impulse for conservative state government leaders to impose conservative social standards and supply-side economic policies on cities is understandable. In Texas, changing demographics mean the state’s reliably red voting patterns may not hold indefinitely, since big cities are going blue. Republicans want to use their temporary power window to lock market-oriented, socially conservative policies in place — and appeal to their rural supporters.

What’s more, local control is not appropriate for every issue. For instance, immigration is a national concern; the federal and state governments should take the lead on policy and enforcement. City fiscal policy, bathroom accommodations for persons identifying as transgender and tree-growth ordinances, however, are of primarily local concern; at least five of the 20 items on Abbott’s agenda for the special session arguably venture into purely local issues — hardly a war on local government, but not a ringing endorsement of decentralization.

There is room — rather, a desperate need — for judgment and greater attention as to what constitutes a local, state, or national issue. Governments should have leeway on a number of regulatory issues, from gun regulation to environmental concerns. To the greatest extent possible, issues that affect only local residents should remain under local control, unless they violate state or national constitutional rights. Where possible, Republicans should let Austinites “keep Austin weird,” Dallasites keep Dallas smug, and Midlanders keep Midland friendly and oil-rich. That means sacrificing some particular policy preferences in favor of a broader vision of governance that genuinely embraces decentralization and local liberty.

American conservatives have rightly championed decentralization for decades. They should continue to do so now that they have been passed the political shoe. The 2016 election produced the potential for renewed appreciation of decentralization, even among those historically opposed to federalism. Conservatives should recognize this moment as an opportunity to build common ground, promoting decentralization and an embrace of self-government as the ideal of American liberty. Unnecessarily curtailing local liberties is not the way to take advantage of that opportunity. Republican leaders, especially at the state level, must not squander the chance to craft and implement a governing vision that can restore civic vitality, cooperation, and a spirit of liberty in our divided republic.

Disclosure: Texas A&M University has been a financial supporter of The Texas Tribune. A complete list of Tribune donors and sponsors can be viewed here.

In defense of trees, shade and local control