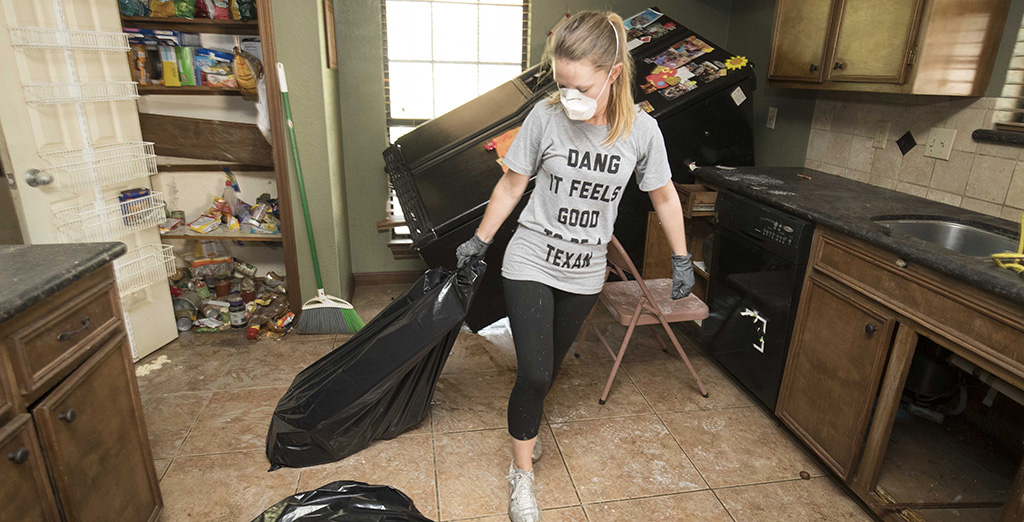 A resident of the Pinewood subdivision outside Sour Lake, is shown on Sept. 6, 2017, as she rises up to challenge of recovery after Hurricane Harvey. Photo by Bob Daemmrich

Not to be outdone, the state of Texas seems determined to go Hurricane Harvey one better.

Everything’s bigger in Texas, or so they say. Case in point: Hurricane Harvey, on track to become one of the biggest natural disasters in the nation’s history. The Texas Gulf Coast has fallen victim to bad weather, poor planning, inopportune topography, and — lest it be forgotten — climate change. The result is a decimated landscape of flooded houses, sunken streets; and legions of displaced residents, many of whom have lost everything they had. Biblical waters turned streets and roads into navigable waterways, and the long-term effect on the local economy is incalculable as to its cost — and unknowable as to its consequences. Some pretty big weather we have down here in Texas.

Along with Harvey have come big economic problems. In addition to chaos and calamity up and down the Texas Gulf Coast’s most populous parts, Harvey brought the 22nd-largest economy in the world, the city of Houston and its surrounding communities, to its knees. The Port of Houston, the nation’s largest foreign trade port, temporarily shut down. The largest share of the nation’s gasoline refining capacity stopped operating for a period. The nation’s 2017 GDP, the biggest in the world, will be smaller as a consequence. Agency heads who know about such things say the recovery effort will take years. Maybe longer, who knows? But fasten your seat belts: Weather records say the worst part of the 2017 hurricane season is still ahead. Even bigger problems may be coming — maybe for Houston, maybe for everyone in the region.

However, even if no more storms batter the Houston area this year, under the best-case scenario the city faces a monumental rebuilding effort. Homes, hospitals, clinics, stores, factories, offices — all have been damaged, some irreparably. There has been loss, a lot of it; and there will be demolition, a lot of that; and endless suffering as the forward force of this historic catastrophe continues to play out. None will be spared, and all will play a part in what follows.

And Houston also has a big medical center. The biggest in the world, as a matter of fact. Talented doctors, nurses, health care practitioners, and researchers show up for work there every day. They, and the city of Houston, are blessed with the greatest array of medical arts services and health care delivery facilities in the world. There are few things they can’t treat, and the survivors of Harvey can expect to be well-served.

But impressive as that may be, it may not be enough to prevent the incredible act of self-directed social surgery the state of Texas seems intent on inflicting on itself. The state’s Republican leadership has lately mounted efforts targeting not only the state’s population of unlucky DACA residents, but also its trained cohort of skilled but undocumented construction workers as well. Even for Texas, this is a wildly irrational act: At precisely the moment when Houston, the state’s biggest economic driver, must be repaired, rebuilt and put back into service, the state wishes to deport a significant proportion of the region’s construction workforce. Big idea, big risks.

Of course, hard-nosed, self-reliant conservatives like Gov. Greg Abbott don’t consider this a problem. That’s because the latent workings of the free market, with all of its invisible wisdom and econometric magic, will surely beguile the city’s unemployed petroleum engineers, pipeline draftsmen, and receptionists away from their afternoons with Judge Judy to take up the arduous, poorly compensated, and very risky work of day-labor under the punishing South Texas sun.

Now, this is a really big idea: a great big Lone Star nose job of momentous proportions, administered by blinkered ideologues without the benefit of anesthesia for a seriously wounded community already on life support. You have to hand it to these Republicans, they can certainly think outside the box. And what a tiny little box it is.  Now really, who said Texas can’t come up with big ideas? 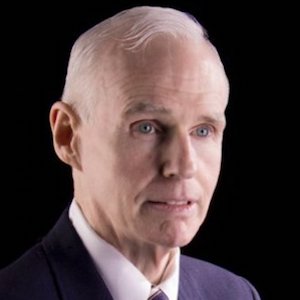 Together, we are going to recover and rebuild

In Harvey's wake, Texas can lead innovation in rebuilding for disaster preparedness