Now, more than ever, we need clean cars 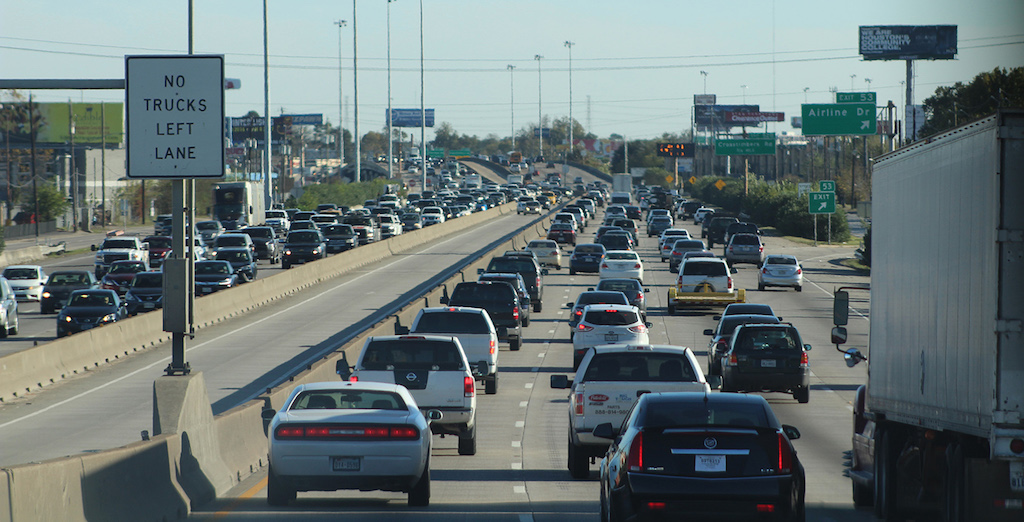 What if I told you there’s a five-year-old who is on the frontlines of tackling climate-changing pollution?

As the nation reels from global warming — exacerbated hurricanes and wildfires — we’re about to celebrate a birthday for one of the most important climate program on the books. On October 15th, the Clean Car Standards turn five years old. These standards have avoided more than 142 million metric tons of global warming pollution and have saved Texans $3 billion at the gas pump to date. That’s just the tip of the iceberg. If fully implemented, the standards would save Texas 43,689 Olympic-sized pools of gasoline and eliminate enough emissions to power Houston. Stopping attacks on these highly successful standards is more important than ever.

Scientists have already noted increases in extreme precipitation and heat waves as global warming raises temperatures and intensifies weather extremes. The planet right now is the hottest it has been in 115,000 years. Increasingly severe weather events — like Hurricanes Harvey, Irma and Maria, and deadly wildfires in California — are becoming the new normal with a climate that’s changing.

We need to do everything we can to cut the carbon pollution that fuels global warming. And we need to start by cleaning up our cars. America’s transportation system has emerged as climate enemy #1, with cars and trucks now ranking as the nation’s largest source of carbon pollution. America also produces more transportation carbon pollution per capita than any other major industrialized nation. Yet one of our country’s best climate programs is under attack, with automakers working with the Trump administration to weaken the clean car standards.

Over the past six months, the Trump administration has started unraveling clean car standards that protect our health, cut our dangerous emissions and reduce our oil use. The standards remain under attack in Congress. In the wake of Hurricane Harvey, we know that now more than ever, we need to protect our health and environment. We need to build a future where our kids can breathe easier, a future where we worry less about asthma attacks and rising flood waters. Instead, the Trump administration is slamming the brakes on our progress to a healthier and safer future that benefits Texans.

The benefits at stake matter here in Texas. Transportation makes up 31 percent of the state’s global warming emissions. And pollution continues to beleaguer our cities. Houston had 107 dirty air days in 2016; all this goes to say we need cleaner cars, not weakened standards.

The vast majority of voters, Republicans and Democrats alike, support these standards. As many as 87 percent of Americans want automakers to keep improving fuel economy for cars and trucks. And it is no wonder: The standards nationally will prevent 6 billion metric tons (more than a year’s worth of U.S. carbon emissions) of dangerous global warming emissions from being dumped into our atmosphere, protecting our health and climate.

Clean car standards are one of the quickest, most effective and easiest ways to help us get on the right track to carbon free transportation and a safer, healthier climate.

The Environmental Protection Agency, the California Air Resources Board and the National Highway Traffic and Safety Administration’s joint technical report this past July showed that auto companies have the technology to clean up our cars, with multiple vehicles already exceeding the standards. We’ve had extensive growth in clean-vehicle technologies in the past five years. In the first five months of 2017 alone, electric vehicle sales were up an additional 44 percent compared to 2016. Texas ranked 6th in the nation for electric vehicles sold last year with 18,139 and second in the nation for public charging stations with 888.

It’s clear that automakers can make cleaner cars that drive innovation, cost less than originally projected and help protect our health and environment. Instead, automakers stood with the administration in Detroit and are linking arms to attack this program that is set to save the average Texas household $3,250 by 2030.

So, as we celebrate all the benefits from these five-year-old standards, we need to ensure that they are around for their 10th birthday. Automakers, the administration and Congress should be putting cars that burn too much gasoline in the rear-view mirror, instead of green-lighting attacks that endanger our health, use more oil and cost more for consumers