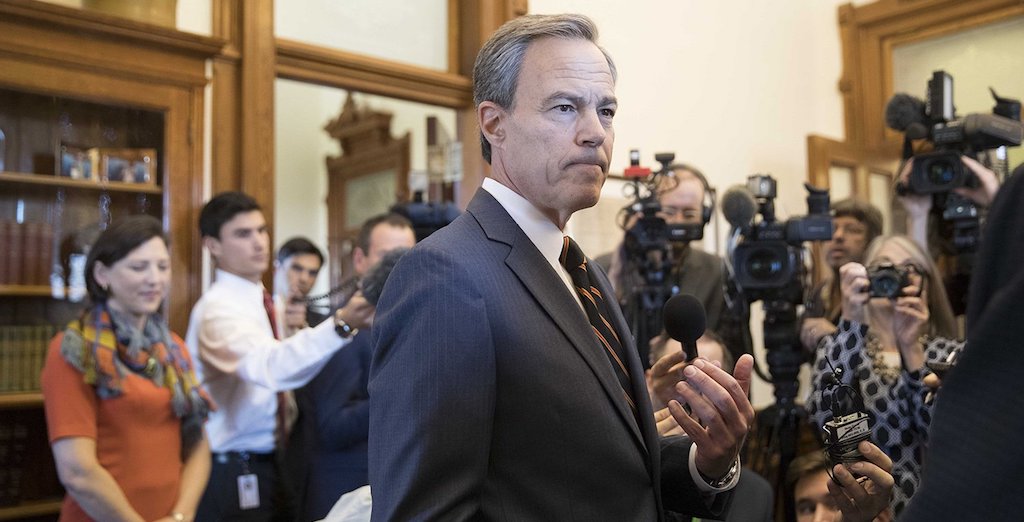 Texas House Speaker Joe Straus announces he won't seek re-election in 2018 at a press conference at the state Capitol on Oct. 25, 2017. Photo by Bob Daemmrich for The Texas Tribune

From the floor of the U.S. Senate, the gentleman from Arizona rose to take on the president of his own party, saying “we must stop pretending that the degradation of our politics and the conduct of some in our executive branch are normal.”

It was an act of political courage, of which much more is needed. Texas is no stranger to the type of base politics Jeff Flake warned is “dangerous to democracy.”

We’ve seen members of the Texas Legislature who wave the “Freedom Caucus” banner threaten to call ICE (Immigration and Customs Enforcement) on peaceful protestors, political attack groups like Empower Texans stoop to Trump-style name-calling against anyone who dares attempt a legislative compromise, and a lieutenant governor, the leader of the state Senate, who attacks cities as the root of all evil, denies business a seat at the table and refuses to consider any budget that would help our public schools keep up with growth.

In the face of extremism, Republican Speaker Joe Straus has set the standard for political courage, governing the House with a bipartisan spirit and tackling issues that should have no partisan label, such as infrastructure and the safety of foster children under state care.

Like the saddles made by his ancestors, Straus was dependable, sturdy and, as Texas Monthly noted, “Texan to the core.” With the speaker announcing his decision not to seek re-election, Texas is now at a critical political crossroads, with its economy hanging in the balance.

Hurricane Harvey dumped 9.5 trillion gallons of water on the fourth largest city in the nation. Over 62,000 people are still living in hotels — and from Houston to Beaumont and along the Coastal Bend, we suffered $180 billion in property damage. Meanwhile, the Wall Street Journal estimates the hurricane will reduce the pace of economic growth by 27,000 jobs a month in the next quarter. Are we willing to stand by our neighbors — not as political partisans, but as Texans?

Speaking of jobs, the Texas Association of Business, which once had a seat at the table, has warned for years that we are not educating our children to compete for higher paying jobs. This has been echoed by Rice University professor and former state demographer Steve Murdoch, who sounded the alarm that we’re facing a future of declining median incomes if we continue to neglect education and graduation rates, especially among minorities. The entry price to compete in today’s global economy is education. So what will it be Texas? High-paying jobs or low-paying jobs?

And to add additional volatility to Texas’ economic future, U.S. Sen. John McCain has warned  of “half-baked, spurious nationalism” that threatens the 382,000 Texas jobs dependent on cross-border trade. Right now, President Donald Trump is predicting NAFTA talks will fail, yet Gov. Greg Abbott and Lt. Gov. Dan Patrick remain silent. The chairman of the Federal Reserve in Dallas is speaking out, however, saying job losses stem from technology disruptions, not immigration or trade. But without Straus, is anyone listening?

These are serious enough challenges in themselves, but when you take into account the pocketbook finances of most Texas families, we’re facing a crisis. Texans are more burdened by student loan debt than ever, nearly one of two Americans don’t have the savings to cover an unexpected bill of $400, and even more are unprepared for retirement.

This Democrat is hoping there are still Republicans left in the Straus mold, with the courage to stand up, reach across the aisle and tackle the real work that economic leadership requires. The alternative is the politics of tweets, insults and pandering. It may make for entertaining news feeds, but at what cost? 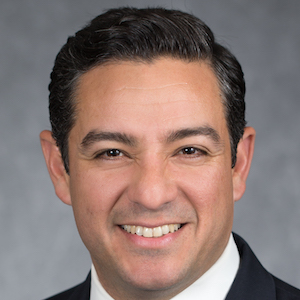 Fired up over barbecue carve-outs

Learning to embrace marijuana as medicine