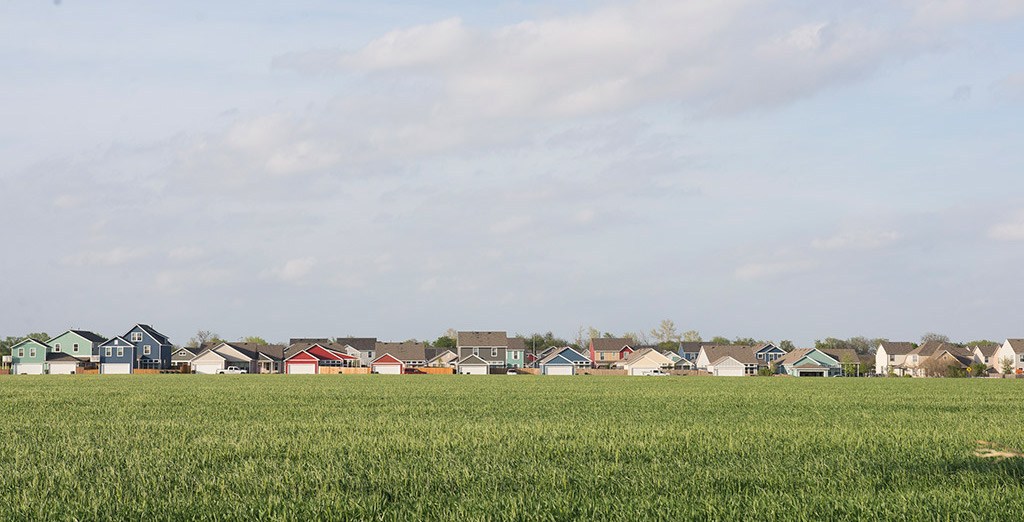 In case you hadn’t heard, this month’s elections appear to have found the suburbs swinging so hard that you’d think you were watching a relaunch of The Ice Storm, starring Donald Trump as an abandoned square banished from this week’s key social function. Democratic victories in the gubernatorial contests in Virginia and New Jersey, as well as a hot tub full of other state and legislative races, found the New York Times declaring the suburbs in rebellion (“Suburbs Rebel Against Trump, Threatening Republicans in Congress”), the Los Angeles Times predicting something rough for Republicans in 2018 (“Democratic surge in suburbs forecasts a potentially rough 2018 for Republicans”), and Politico forecasting a potential GOP cul-de-sac in 2018 (“Republicans have a serious problem in 2018”).

Back in Texas — where turnout was in the expectedly dismal single digits and the only items on the statewide ballot were constitutional amendments that mostly resulted from shameless legislative pandering in the last session — there is less immediate agitation about who will stay in bed (politically speaking, of course) with President Trump. Texas remains seemingly locked in a state of marital bliss with the Republican Party. Given the weakness of a Democratic Party struggling to find viable candidates for 2018 less than one year from Election Day, the minority party offers a pretty ragged front to suburbanites.

Nonetheless, last Tuesday’s election results also come as announced retirements by four Republicans in the Texas congressional delegation sent waves through the GOP’s elected class. Several are now eying those open seats with lust in their eyes even as speculation percolates about the broader implications, if any, of the retirements. While Democrats aren’t much involved in Republican districts where Republican politicians swap seats, any news of trouble in the suburbs, even those as far off as New Jersey and Virginia, can be expected to stir the Democratic imagination.

Fantasies of widespread voter abandonment of Republicans for Democrats in the Texas suburbs remain far-fetched, but data from the last three University of Texas/Texas Tribune polls does show that suburban attitudes towards President Trump in Texas could become cause for Texas GOP concern if the party continues on its current trajectory.

Overall, Trump’s job approval in the Texas suburbs, after taking an initial dip in UT/TT polling, has remained relatively stable. In February, 50 percent of suburbanites expressed approval of Trump’s job performance, with 34 percent expressing “strong approval.” In subsequent surveys in June and October, that approval dropped to 45 and 46 percent respectively, with only 27 percent approving strongly in each poll, a 7-percentage-point drop in strong approval.

Trump’s job approval among suburban Republicans has also taken a notable hit, a more troubling sign for Texas Republicans concerned about the national environment tainting the state’s off-year elections. In February, 86 percent of suburban Republicans approved of the job Trump was doing. His approval dropped to 82 percent in June, and dropped again in October, to 78 percent. These declines are by no means overwhelming and Trump’s ratings remain relatively high.

But within these overall approval ratings are signs of declining intensity. Strong approval over the same period also declined over the three polls, from 61 percent, to 50 percent, to 46 percent — a drop of 15 percentage points from February to October. Republican disapproval over this period grew by 9 points, from 8 percent to 17 percent.

To no one’s surprise, suburban Democrats overwhelming disapprove of the job Trump is doing, and their disapproval is growing. In February, 80 percent of suburban Democrats “strongly disapproved” of Trump’s job performance; in June, that number climbed to 86 percent, and in October, to 89 percent — a glimmer of a surge in Democratic enthusiasm that is much discussed in both national and Texas Democratic circles.

The suburban chunk of the Texas electorate, by the loose measure of exit polling, made up a little more than a third of the electorate in 2014. In most recent circumstances, elections have been won by mobilizing existing partisans rather than by persuading undecided voters or those only loosely affiliated with the other party to take a walk on the wild side. Instead, each side is expected to do all that it can to turn out its base along with those loosely affiliated to their own party. Changes in enthusiasm among Democratic voters in the suburbs could alter that formula.

The double-digit advantage Republicans expect to maintain in statewide Texas elections, coupled with what promises to be a very weak and under-resourced statewide Democratic ticket, doesn’t suggest a revolution at the state level led by a suburban vanguard turning on Republican leaders. However, if Republicans in the Texas suburbs are cooling to Trump’s approach to governing and giving abysmal ratings of Congress as Democrats are getting increasingly incensed by the president, some benefits might accrue to Democrats in 2018 — even in Texas.

Suburban Republicans are still wedded to Trump. But there are early warning signs for certain Republican legislative candidates, particularly amidst the internal GOP bickering of the last legislative session. Covetousness and jealousy reign between the House and the Senate, as well as within and among the Republican caucuses in both chambers. Add to this an open speaker’s race — a reliable source of political subterfuge. Any measure of unrest in some of these districts, even if only the quiet desperation of suburban political ennui, could inject some liveliness into what might otherwise be a sleepy political cycle.

Disclosure: The University of Texas has been a financial supporter of The Texas Tribune. A complete list of Tribune donors and sponsors can be viewed here.

Texas oil subsidies, at a crossroads

Bipartisanship inspired by our nation’s heroes