We recently celebrated the 25th anniversary of the 340B Drug Pricing Program, signed into law by then-President George H.W. Bush. With strong bipartisan support, the law requires drug companies to discount their prices when they sell to clinics, hospitals and health centers that care for large numbers of low-income and rural patients. Since that time, the 340B program has saved billions of dollars for low-income and vulnerable patients and helped to shore up the health care safety net. And, perhaps most remarkable, it doesn’t cost the government a penny. How many laws can say the same?

At a time when drugmakers are charging record prices for their products and jacking up prices on cancer drugs and other lifesaving treatments, 340B is one of the only consumer protection laws on the books. That’s why, in Texas, 141 hospitals participate in 340B and their patients benefit every day.

So why, in a Nov. 20 TribTalk column, would Dr. Debra Patt say 340B is “a good idea gone bad”? Sadly, the answer is politics. A well-funded effort has been launched by Big Pharma to drill holes in 340B so that they can charge higher prices and reap bigger profits.

Dr. Patt claims that low-income patients don’t benefit from hospitals’ 340B program savings. Tell that to Debbie Scott from Alabama, who was diagnosed with colon cancer, had no insurance and wasn’t sure how she would pay for treatment. Fortunately, she turned to Monroe County Hospital, which participates in the 340B drug discount program, and got the help she needed. To participate in 340B, a hospital must prove that low-income patients on Medicaid or Medicare as well as disabled patients comprise a minimum threshold of close to 30 percent of their annual patient-load. And they have to invest the savings they achieve through 340B in caring for the poor. In fact, while 340B hospitals account for only 36 percent of all Medicare acute care hospitals, they provide 60 percent of uncompensated care. That is vitally important in a state like Texas, which has the nation’s highest uninsured rate and Medicaid payment rates are so low they don’t come close to covering the costs of care delivered.

Dr. Patt suggests many hospitals don’t deserve 340B drug discounts because she believes they don’t provide enough charity care. While charity care is important, it is only one component of a hospital’s commitment to our most vulnerable patients. Congress recognizes the burden of not just the huge amount of charity care that hospitals provide but also the tens of millions of dollars in uncompensated care they provide annually — plus the degree to which they are underpaid for services by Medicaid, Medicare and other public payers.

In Washington, Big Pharma is working hard and spending millions to weaken this vital program and persuade the Trump administration to help. On Nov. 13, the Centers for Medicare & Medicaid Services published a regulation that would slash Medicare payments for drugs given to patients in 340B hospitals by about $1.6 billion and give that money to for-profit hospitals and others that don’t generally care for many low-income patients. The regulation doesn’t lower drug prices, it doesn’t save Medicare money, and it won’t save many seniors money. What it will do is weaken hospitals’ ability to care for the needy. A new bipartisan bill (H.R.4392) has been introduced that would block the rule from taking effect Jan 1.

Instead of trying to tear down a program that works, let’s pull together and do something good for patients. They deserve nothing less. 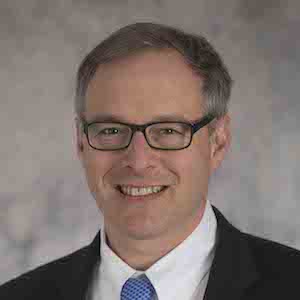 President and CEO, 340B Health

The "other" wall Texas is building — around teen moms

Texans will benefit when psychologists are pushed from their safe space