A lasting standard for ethics and civics 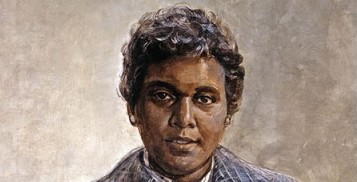 Barbara Jordan said that “...being honest, telling the truth, and doing what you said you would do,” was the definition of ethical behavior. This week is Barbara Jordan Freedom Week, as designated by the 82nd Texas Legislature, and marked annually. She lived as a patriot and teacher, served as a public official and she was my dear friend.

I was honored to publish a book of Barbara’s speeches, and her words seem more important now than ever before. Lately, I have reflected on this definition lifted from an interview with her shortly before her death in 1996 and more of her teaching on the topic from notes taken from her ethics class taught at The University of Texas, and shared by one of Texas’ most prolific political writers, Paul Burka.

We can all benefit from her honesty and straight talk on life and ethics.

When she served as Gov. Ann Richards’ ethics czar, high-level nominees for appointments to serve our state were required to be interviewed by Barbara pending clearance for consideration prior to nomination. She was rigorous in examining each candidate for service, ensuring each understood and accepted the ethical dimensions of the job they might assume. She impressed upon all of them, in the clearest terms, what it meant to serve with honor.

Yet her focus was not reserved for those serving in powerful roles.

Then and now, her guidance reminds us as human beings, as citizens of a shared world, to apply higher standards of ethics in our own daily lives even when the stakes do not seem so high.

“You know, the first ethical decision any one of us will make is the decision to be on time.” This morsel was served up in 1983, to a group of emerging women leaders who squirmed uncomfortably in their seats at the Lyndon B. Johnson Presidential Library’s eighth-floor conference center. I had recruited Barbara to speak to the first class of Leadership Texas and this group of 60 women from across the state arrived a half-hour late for the lecture. These accomplished women were unsure whether she was adding humor or chastising them when, after proper introductions, she offered these opening words.

“If I am on time and you are late, it conveys an ethical principle that your time is more valuable than mine,” she said earnestly as they exchanged nervous glances. “If you keep me waiting while you tend to some important part of your work or responsibility, it tells me your work is more important than mine.

“Each individual deserves to be treated fairly and each individual’s work is just as important as the one who came on time,” she said.

That lesson of something small represented the larger and more important conviction Barbara held dear. She called on the powerful and the ordinary citizen alike to exemplify ethical behavior as more than mere courtesy by insisting that democracy itself depends on all citizens to take personal responsibility.

She echoed this conviction in her keynote speech at the 1976 Democratic National Convention:

“A nation is formed by the willingness of each of us to share in the responsibility for upholding the common good. A government is invigorated when each one of us is willing to participate in shaping the future of this nation,“ Jordan said. “Let each person do his or her part. If one citizen is unwilling to participate, all of us are going to suffer. For the American idea, though it is shared by all of us, is realized in each one of us.”

As we approach the upcoming March 6 Primary Election, may we practice civic duty and engagement by voting and be ever mindful that ethical service from those who represent us matters. 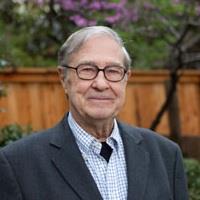 NAFTA is not a “bad deal,” it is simply an old one