Even in an emergency, you have care options 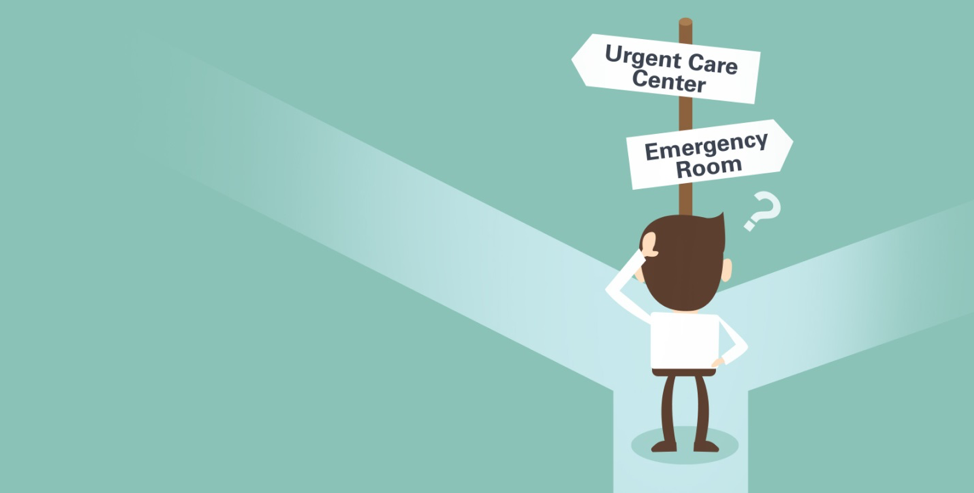 Here’s a simple test: Do a Google search using the words “emergency rooms are expensive.” The results will yield a plethora of headlines and stories about inaccurate billings, billing for services that were not performed or not medically necessary, inappropriate emergency room (ER) use and excessive and unconscionable charges for routine services.

Those storylines starkly expose an open secret about some real issues with emergency care and more specifically, with out-of-network emergency care in this country. In Texas, we have a problem unlike any other state — the proliferation of freestanding emergency rooms (FSERs).

Addressing out-of-network ER care issues in Texas requires a collective effort on the part of payers, providers and patients. That effort has to start with information buttressed by transparent and sustained communications, education and cooperation between all involved.

To help combat this unsustainable rise in healthcare ER costs, starting August 6, 2018 Blue Cross and Blue Shield of Texas (BCBSTX) will implement a process to review emergency room charges of our retail and group HMO members, who may be required to pay the entire ER bill when they go to out-of-network ERs as a convenience for a condition they don’t think is serious or life-threatening.

Let me be clear: If you think you have a medical emergency, please seek immediate medical attention by calling 911, or by going to the nearest emergency center. Conversely, if you have less serious health issues, like a wart or head lice, you have options that are effective, far less costly and would open much needed space in emergency rooms for more acute health issues.

The process itself will entail a multi-step review of claims to determine if they accurately reflect the services rendered according to the medical record and to see if the record supports the decision that an emergency existed in accordance with the prudent layperson standard (an emergency medical condition that someone with average medical and health knowledge thinks may pose serious danger to a person’s health without immediate medical attention). Our HMO members will have the same appeal rights as they do now, should a claim be denied. It’s also important to note that no claim will be denied without a medical record review by a physician.

What’s new about this review process? Nothing really: Currently, our members with HMO coverage do not have an out-of-network benefit, unless emergency care is required and falls within the prudent layperson standard. We follow the law now, and that is not going to change.

Some may be asking why we are doing this.

First, we want to make health care affordable for our members. Few would disagree that healthcare costs in the United States are on an unsustainable trajectory. Non-urgent healthcare costs represent a $4.4 billion black hole, according to a Rand Corporation study which also noted that between 13.7 percent and 27.1 percent of all ER visits are non-urgent and could have been managed at an urgent care center.

While unnecessary non-urgent costs lay at the edge of the abyss, at the center of it they become part of an estimated $750 billion in “unnecessary services, excessive administrative costs, fraud, and other problems,” according to an Institute of Medicine report.

Texas already has one of the highest rates of surprise medical billing in the nation. The risk of surprise billing is even greater at freestanding emergency rooms (FSERs); more than 80 percent of out-of-network claims for Texas emergency facilities occur at FSERs.

Many Texans don’t understand their options when faced with unanticipated health issues that might involve visits to an ER. Unfortunately, making the wrong choice can result in a bill more painful than the health issue.

For several years, BCBSTX has undertaken a campaign to educate our members that where you go matters — to empower and encourage them to get the right care, at the right place, at the right time. The information includes detailing what an emergency is, and advising members where to go for emergency care or non-emergency care.

It also instructs members about the characteristics of each place of service — an urgent care center vs. a FSER — and provides notice that misuse of the emergency room may result in the member having to pay all or part of the claim.

Whispering in the shadows about one of healthcare’s open secrets — out-of-network emergency care — won’t solve the issue. We don’t think it’s reasonable that a member diagnosed with tonsillitis gets a $45,000 bill for the visit, or that it’s right that anyone receives a $52,000 bill for toenail biopsy and three hours of observation after going to a FSER with a complaint of nausea and vomiting. Given the evidence, we think most reasonable Texans would agree.

A government attack on immigrant women and children