Ethical responsibility and pride in America 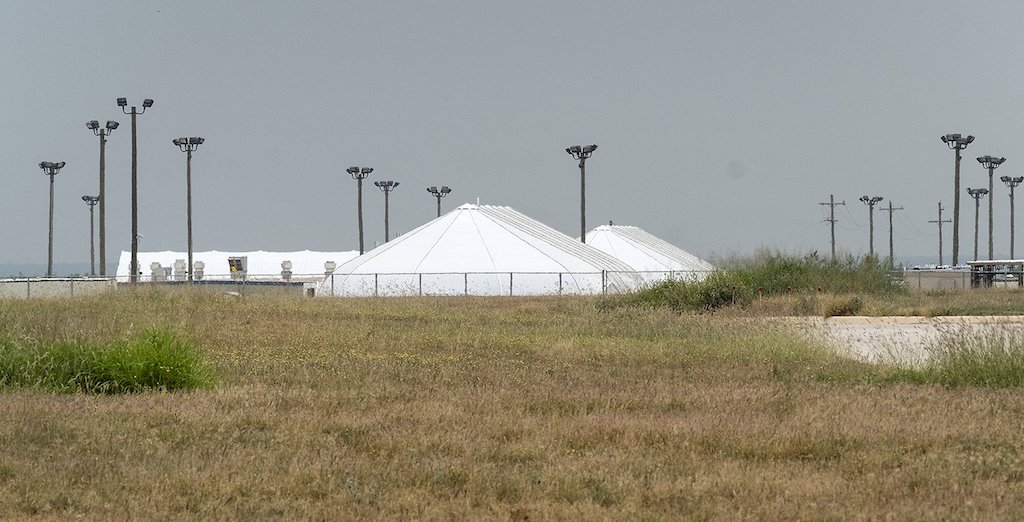 The South Texas Family Residential Center in Dilley. Photo by Laura Skelding for The Texas Tribune

For most of my 67 years, I’ve felt pride in being an American. This pride has taken a real plunge due to the events of recent months at our southern border. When I read about Grannies Respond, I decided to join them from my home in San Antonio on the final leg of their journey to McAllen for two days of protest and service. My trip from San Antonio was short, considering groups of Grannies began as far away as New York, Washington DC, Portland and Chicago, collecting people along the way in their caravans to South Texas.

The mission of the Grannies was to travel to McAllen to shed light on the immigrant atrocities our current administration has created at the border. I don’t believe I’m exaggerating by using the word “atrocities.” When children are caged in detention facilities that resemble concentration camps, when children are neglected and abused in these facilities, when their desperate parents are treated as criminals, in my book these are atrocities.

One such atrocity was the death of a toddler who died of an undiagnosed respiratory illness shortly after being released from the family detention center in Dilley. The original Grannies Respond group from New York stopped at the center after traveling through Houston. By their accounts, the facility looked more like a concentration camp than a “family detention” center. While admittedly their arrival was unscheduled, the extreme level of hostility displayed by the center’s personnel was jarring. Although the Grannies brought teddy bears and other gifts for the children incarcerated there, they were not welcomed or accepted. After being threatened with law enforcement intervention for being on private property (although the facility is funded by taxpayers), they left and continued on to McAllen.

McAllen is home to one of the largest processing centers for immigrants. Once cleared and given bus fare to sponsoring families in the U.S. (a process that can take a very long time), immigrants released by ICE are given nothing to help them in their journeys. Our government gives them nothing. After long detentions they are released in the clothes they wore when they arrived. So, before their journeys, volunteers take immigrants to the Respite Center, run by Catholic Charities and supported by donations. Catholic Charities maintains a very tiny building that provides immigrants with showers, food and clothing. Shelter also is provided if, depending on their bus schedules, an overnight stay is required.

Many of us were given the chance to take a brief glimpse inside the Respite Center, this quick stop between detention and the bus station. Watching the volunteers there was humbling. In a very small space, they operate with incredible efficiency readying immigrants for their journeys. Inside, immigrants take showers, are given clothes, a hot meal, food to take with them and supplies. Mothers and babies are given care and attention.

We were asked to stay out of the way and it was easy to see why. There was nothing we could do to assist with this process; the volunteers had it well in hand. They’d obviously been doing it for a long time. When asked what it was volunteers needed most, the universal response was “Space! More room! A larger place!” Indeed, the showers were in a portable building behind the center, which — except for a play area for the children — was itself was packed with supplies and people.

During our walk to the Respite Center, we encountered a group of immigrants being escorted to the bus depot by a volunteer. Young and old, dressed in mismatched clothing, carrying their few possessions and their bags filled with bottled water and snacks given to them at the center, they looked tired — but all were smiling. A very pregnant young woman carried a child; other children walked beside a parent; a man with very bad teeth wished me a cheerful “Buenos Dias.” They were on their way to their new homes. They’d made it out. As happy as I was for them I wondered how many more continued to languish in detention, hoping and waiting to be released. Hoping and waiting for a parent to be found. Hoping to survive.

During our day of service, we Grannies stuffed backpacks with materials for immigrants’ journeys, delivered supplies and necessities to immigrants on a bridge between the U.S. and Mexico, and wrote letters of encouragement to children still in the detention center, letting them know that many in the U.S. welcome them. We were told that these letters were among the only things the children were allowed to receive, although based on the Grannies’ experience at Dilley, I wonder if the letters made it to the children at all. Many teachers among us gravitated to this last activity, taking pains to get guidance from native Spanish speakers so our letters would be respectful and correct. It might seem small to have spent several hours writing letters to children, but you know something? It was not.

Before leaving for home, two volunteers and I decided to drive part of the “Grannies Wander” route which took us to various locations, including the Progreso Bridge crossing into Mexico. We decided to park, enter Progreso and walk around a bit. As older white American women, it was very easy to do this. If we were brown, I suspect it would have been quite a different story.

I met many interesting and dynamic women on this journey. Some of the volunteers follow protests across the country, rallying for various causes. A few were college students on summer break. Most of the women were middle-aged and older. Some were disabled. All withstood the extreme heat and humidity of subtropical McAllen with equally extreme good humor. We were described as a group of “gentle, angry people.” I’m not sure I agree with this description because after all these years I don’t think of myself as gentle. I’m impatient and angry because I have less time to make a difference.

At this stage of my life, I never envisioned myself dusting off my activist shoes, but if I’m to hold up my head, it’s my duty (and still my right):

It was a privilege to work alongside the many women who want to effect change and feel pride in their country again. I am proud to have joined them. 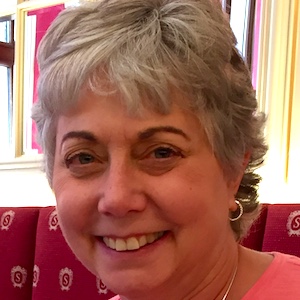 Include business in the property tax debate