Millions of Texans are heading to the polls to cast their votes, electing individuals to represent them in Washington, D.C., in Austin, and on their city councils and other local positions.

We should not take this freedom for granted. Our representative democracy and the foundational tenets of liberty that undergird it have come at a high price — with the blood and lives of millions of Americans. Indeed, brave men and women are today standing up to protect and defend the United States, our Constitution, and the God-given liberties it enshrines.

Few will dispute that our nation is divided. The national discourse has reached a fevered pitch. The spectacle around the recent confirmation of Judge Brett Kavanaugh to the Supreme Court is illustrative of this fact.

There are many reasons for how we got to this point. Many Texans believe government doesn’t work for them and hasn’t for a long time. Washington continues to work for itself, for its entrenched unelected bureaucracy and for the special interests that thrive at taxpayer expense.

The truth is that Washington has too much power. The courts have too much power. And the American people are suffering from the consequences of decades of one-size-fits-all edicts foisted on 330 million unique individuals across 50 states.

This is not the way our government is supposed to operate.

Washington — be it Congress, bureaucrats, or judges — was never supposed to involve itself or to have the power to force uniform curricula and teaching standards for schools, to mandate what our health insurance and health care is supposed to look like or to regulate our backyard swimming pools. Nine unelected judges were never intended to be the final arbiters over such fundamental things as marriage, life or our nation’s sovereignty.

The remedy is to re-focus Congress on the few things it is supposed to do, and then de-escalate politics by allowing us to agree to disagree, leaving most decision-making to the states and the people. If we do this, we can cool the passions that emanate from attempting to oversee every issue from a distant city on the coast.

We need to let Texas be Texas, and California be California, and be content that our differences on education or healthcare or energy policy don’t have to divide us to the point of rage. In fact, they can help unite us under our shared ideals and demonstrate why our nation is so exceptional.

This, of course, would represent a return to federalism: the basic notion reflected in the 10th Amendment to the United States Constitution that all powers not explicitly given to the federal government are reserved to the states. This structure was purposeful, not theoretical — because the founders knew our unity was strengthened by respecting our differences.

This will not only lead to better policies, but would reinvigorate our communities and our civil society. Those bonds are fraying. If power is taken from Washington and entrusted to the states, to localities and ultimately to us, our communities will thrive.

The ultimate health of our nation is found in the strength of our charities, our churches, our synagogues, our Little Leagues and our neighborhoods. And their strength can only come by having Washington relinquish its grip on our lives.

We are a free people. We must make Washington work for us. That requires sending people willing to stand up for the fundamental belief that self-government is best kept from the hands of the federal government.

This is what most Texans believe and know to be true. These values have made our state the beating heart of liberty and opportunity in the freest nation the world has ever seen.

I’m running for Congress not because I merely share these values with my fellow Texans, but because I will fight for them.

It’s time to secure our liberty. It’s time to make Washington matter less in our lives. It’s time to unify through federalism and the simple notion of agreeing to disagree. 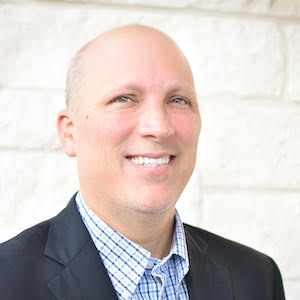