Rural Texas highways give us a reliable path to the pump 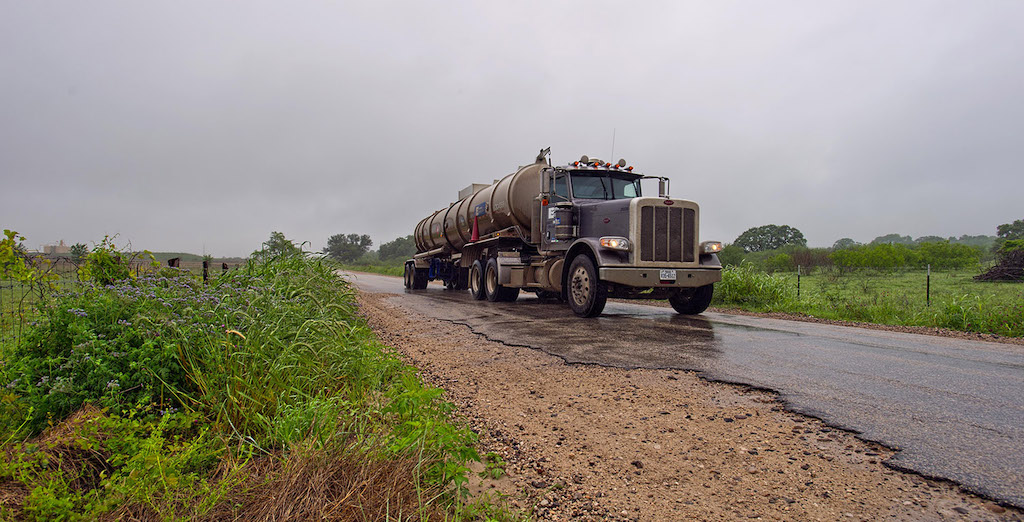 A tanker truck travels on FM 2067 between Austin and Victoria on April 18, 2018. Photo by Eddie Seal for The Texas Tribune

Your car’s next tank of gas is on its way to you. You can be assured of that, even though the journey it takes to get there is a sometimes arduous one.

That journey could begin at one of hundreds of active oil wells in Texas, located predominantly in remote rural areas. Crude oil extracted from those wells is then transported to far-away refineries, then on to often farther-away gas stations. Much of the transport relies on a huge web of pipelines, but the state’s rural highway network is another critical link in the path to the pump.

That path has sometimes been bumpy — literally and figuratively — thanks to a state that’s grown at a blistering pace, coupled with a robust energy industry. Improved production efficiencies, sustained high crude oil prices and rapid population growth have converged, yielding greater quantities of available gasoline and diesel, and more Texans in more cars and trucks eager to use it.

Our almost unquenchable thirst for fuel has delivered great news on the job front, but it has also required rural highways to work overtime. Those roads are seeing far higher and heavier levels of traffic than they were designed to handle, not only from oil transports but also from myriad vehicles that support drilling operations. The result is big-city gridlock in rural locales.

That’s unlikely to change anytime soon. In fact, the Permian Basin could nearly double its crude oil output by 2023, according to a recent report by IHS Markit, an industry research group. If that happens, one single region of Texas would rank third worldwide in production, behind only Saudi Arabia and Russia.

Thankfully, both public and private sector players are working like never before to keep the path from the oil patch to the pump as clear and pothole-free as possible. The industry is working with local leaders and the Texas Department of Transportation to find innovative solutions. Some of their collective thinking, it turns out, may provide a model for addressing urban traffic challenges.

The energy sector is, of course, vital to the Texas economy. It’s big. More than 200,000 jobs big. More than 800 million barrels of oil a year big. Billions in tax revenue for state coffers big.

It’s also personal. The security of our jobs and the safety of our families on the road are ultimately most important.

That’s why energy producers and TxDOT will keep working together (particularly in rural Texas) to help ensure that your car or truck — and your state — will never be at risk of running on empty.

Disclosure: The Texas A&M Transportation Institute has been a financial supporter of The Texas Tribune, a nonprofit, nonpartisan news organization that is funded in part by donations from members, foundations and corporate sponsors. Financial supporters play no role in the Tribune's journalism. Find a complete list of them here. 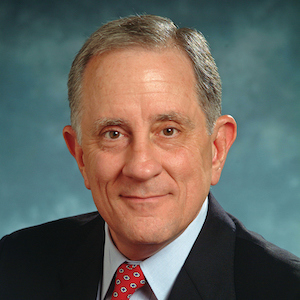 Sponsor Content: Texas film industry future in the hands of the Legislature

SNL mocked my appearance. Here’s why I didn’t demand an apology.