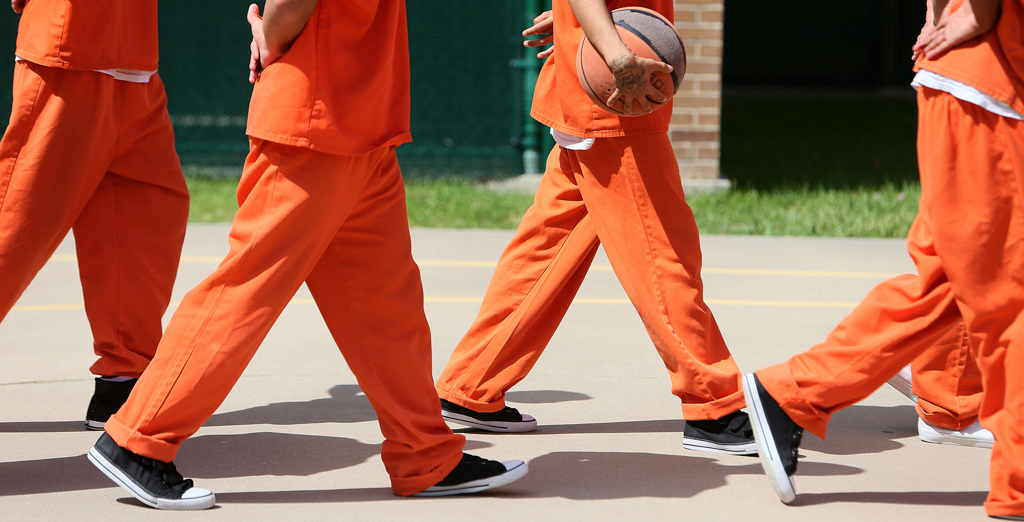 Detainees line up to leave the outdoor recreation area at the Travis County Juvenile Detention Center in Austin on June 24, 2013. Photo by Jennifer Whitney

Nelson Mandela once said that a society’s soul should be judged by the way it treats its children. In the United States, the soul of our society would be judged harshly, particularly because of the way we treat wards of the state.

In recent years, attention has been given to America’s children in the ‘School-To-Prison Pipeline.’  Zero-tolerance policies, the criminalization of adolescence and the pushing of disadvantaged children out of the classrooms have fed a number of youths into justice systems — many of them foster youth. Home and state systems, like group homes, foster care and youth institutions, set children up for emotional and relational trauma when children are uprooted from their biological families and have multiple home placements.

Approximately 90 percent of youth in foster care have experienced trauma. Consequently, these youth then have behavioral issues — and understandably, mental health problems — that often lead to encounters with law enforcement, where they are 67 percent  more likely to be arrested. About half of foster youth experience arrest, stay overnight in a correctional facility or face a conviction. These factors contribute to the funneling our most vulnerable into new homes behind bars. We need to change the way we care for our foster youth to keep them from this tragic fate.

The Administration for Children and Families, a division of the U.S. Department of Health and Human Services, reports that 437,500 children are in America’s foster system and one-fourth of foster care alumni will be involved with the criminal justice system within two years of aging out of or leaving care. While in foster care, kids are five times more likely to abuse drugs; 70 percent of youth in juvenile detention centers across the U.S. have spent time in the child welfare system.

Among foster youth who have had five or more placements, more than 90 percent will be involved in the juvenile justice system, according to research by the Juvenile Law Center. Youth of color, those with mental illness or who identify as LGBTQ, are particularly affected by this pipeline system. It isn’t surprising that many foster children cross into juvenile and adult justice systems. The foster care system’s current conditions serve as a feeder into our nation’s prison systems, and specifically targets groups that are already disproportionately disciplined in schools, criminalized and over-represented in our child welfare systems.

Texas has tried to overhaul its ‘broken’ foster care system through legislation and efforts that include, according to a spokesman for the Department of Family Protective Services, "building more capacity for high-needs children in foster care, constantly seeking ways to improve health care for our children and making sure our case workers spend more time with children and families."

Still, hundreds of youth aging out of foster care leave the system with undiagnosed mental illnesses and few transitional tools — and often slide into chronic incarceration and homelessness.

Change can begin with reducing group home placements and imposing regulations on involving police; these early interactions with officers often lead to more incidents in the future for youth.

Another change I would suggest is trauma-informed care and education for foster parents and workers. According to a 2016 report from the Children’s Bureau, there are approximately 21,694 children in group homes and 31,679 children in institutions nationwide. A trauma-informed approach can help to decrease these high numbers. We could expect an increase in children receiving care to help them cope with removal from family, multiple placements and behavioral issues. Their emotional responses and behavioral issues are considered normal for their situations; however, they are often treated as outlier responses.

Continued reform and overhaul, better education for foster parents and providers and addressing the level of incarceration discrimination in our society would help fight the injustice of imprisoning children who are abandoned not only by their families, but by the systems that were created to protect them.

Children deserve to be loved, cared for and supported. We need to fight for adequate and appropriate care in our child welfare systems across the nation.

Disclosure: Texas Woman’s University has been a financial supporter of The Texas Tribune, a nonprofit, nonpartisan news organization that is funded in part by donations from members, foundations and corporate sponsors. Financial supporters play no role in the Tribune's journalism. Find a complete list of them here. 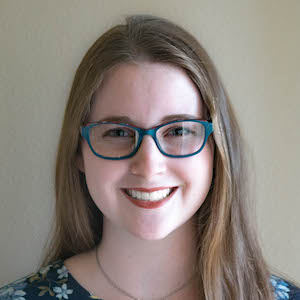 Vaccines and the price of opting out