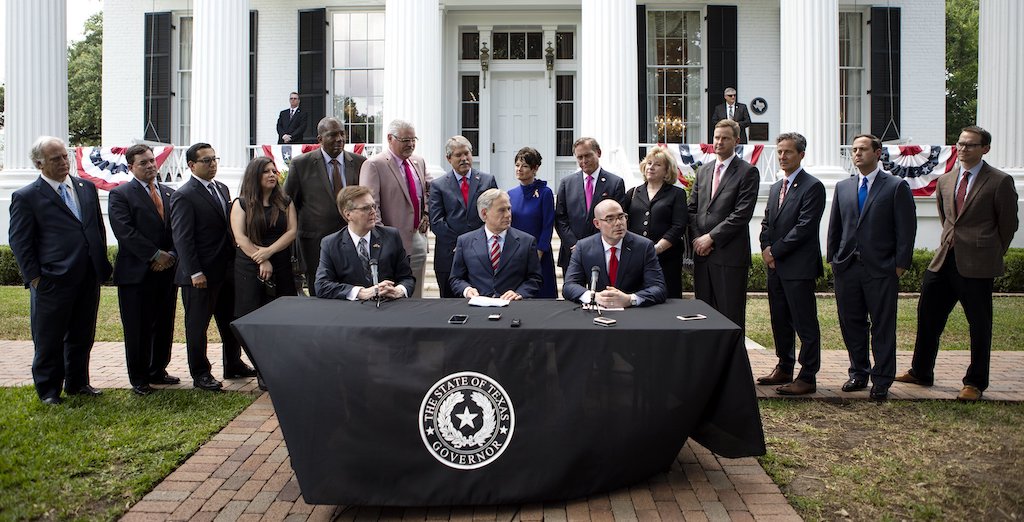 The 2018 election in Texas shook Republican elected officials’ Olympian assurance of continued GOP hegemony in the state. The almost immediate result was a concerted focus, most prominently by the governor, lieutenant governor, and speaker of the Texas House, on appeasing a restless electorate weary of the divisive issues that had dominated the 2017 legislative session. The master narrative of Texas’ 86th Legislative Session followed this through line, as the leaders did their best to pass marquee legislation to increase funding for public education and make some meaningful, and ideally recognizable, effort to lower Texans’ property tax bills.

Republican losses and near-losses in November called for an approach less narrowly tailored to a GOP primary electorate that dominated the state’s political agenda as Republicans enjoyed comfortable legislative and electoral majorities throughout much of the decade. The overall premise was that both Republicans as well as Democrats who showed up in surprising numbers in 2018 wanted more results in areas that mattered.

With the session now concluded and early- and post-session University of Texas/Texas Tribune polling data to work with, we can make a few observations about the analysis that drove this approach, and assess how the public might be expected to react as the election season begins and the new laws take effect.

Going into the session, polling suggested that there was an opportunity for Republican leaders to push their announced agenda of public education and property tax reform, though they would have to be vigilant in their management of that agenda. Asked what was most important for the Legislature to address from the set of emergency items declared by the governor at the beginning of the session, a near majority (44%), selected either property taxes or public school funding (in that order). But asked in another, open-ended question about what the Legislature should address, a plurality, unbound from the governor’s emergency items or the stated priorities of the Big Three, offered the more incendiary issues of immigration or border security, driven by nearly a third of Republican voters. This underlying sentiment highlighted the ever-present threat of competition for the more strategic agenda.

Despite the sustained discussion among partisan elites and the media about the underfunded public school system maintained by a Rube Goldberg-esque finance scheme, property taxes that were too high and getting higher, and the costs of addressing these problems, only 12% of registered voters in Texas said that they followed the legislative session “extremely closely.” While lawmakers fell all over themselves using words like “historic” and “transformational” in the self-congratulatory final days of the session and the debriefs that followed, the public response was more akin to faint praise — and that only among those paying attention.

Assessments of the Legislature’s handling of public education improved significantly in June compared to the dismal views expressed by voters over the last year, but the Legislature broke even when all was said and done. In the June 2019 UT/TT Poll, 30% of voters approved of the state’s handling of K-12 public education, up from 24% in February. But even this slight improvement requires a bit of glass-half-full thinking, as those approving strongly increased by one percentage point between the beginning and end of the legislative session, from 5% to 6%. Looking back on the June 2018 UT/TT poll, only 16% of Texans approved of the state’s handling of public education, and only 2% strongly. If anything, most of the gains in approval came as early as the start of the legislative session, along with state leaders’ very publicly stated focus on the big issues. They were rewarded more for paying attention than for what they subsequently did.

When it comes to property taxes, after all the legislative action and public pronouncements, almost no one expects those taxes to decrease. In June polling, 9% of Texas voters said that they expected their property taxes to decrease based on the Legislature’s actions, but 27% expect them to stay the same, and a plurality, 36%, expect property taxes to continue to increase. Perhaps these attitudes are a result of several lawmakers’ careful and pointed reminders that Texans should not expect their taxes to go down just because the state is lowering the threshold to require voter approval of tax revenue increases — which voters of all stripes favor. This message may have been diluted in the final days of the legislative session and by the victory laps that followed. More likely, these attitudes reflect voter skepticism that, for all their efforts, the Legislature and the Big Three fell short. Those looking to benefit electorally from the seriousness of the session will need to navigate this skepticism with care in their 2020 campaigns.

In the end, voters’ job approval numbers for the Legislature suggest that the legislative strategy worked mainly to lower the temperature and enthusiasm of likely Democratic voters. Assessments of the Legislature improved significantly from the end of the last session, in which job approval stood at 32%, with 42% disapproving. This month, 38% of Texas voters approved of the Legislature’s job performance, with 29% disapproving — but again, only 8% approved strongly. And most of the improvement came among Democrats, whose approval increased from 8% to 19%. Republican approval remained essentially unchanged, going from 60% in 2017 to 57% in 2019. It is unlikely that the legislative output has generated enough enthusiasm among Republican voters to insulate GOP incumbents in competitive districts, or to empower Republican challengers in districts narrowly won by Democrats in 2018.

The biggest political winner of the legislative session is likely the governor, who now has approval ratings at the highest levels of his governorship. Overall, 51% approve of the job Greg Abbott is doing, including 84% of Republicans and 18% of Democrats. While one in five Democrats approving of  Abbott may appear to be damning with faint praise, it’s better than the 11% who approve of the president’s job performance, or the 10% who approve of the lieutenant governor’s. While these differences are slight, they’re sufficient to provide political benefits in an electoral environment likely to remain competitive for the foreseeable future.

Irony is cheap in politics, but any evaluation of the Texas GOP leadership’s strategy during the session has to note that the biggest beneficiary of the focused agenda control is the least directly exposed to the first electoral test of its effectiveness. While the governor, no doubt, strongly prefers maintaining Republican majorities in the Legislature, he is not on the ballot in 2020 and won’t be directly subject to the fallout if the action on public education and property taxes fails to insulate Republican legislative candidates from the determinative force of one Donald J. Trump.

As the undisputed Republican standard bearer, Trump rallies both Republicans and Democrats in Texas, including some share of historically dormant Democratic voters, as the 2018 election illustrated. Legislators might have delivered on issues of importance to Texas voters, but for all the backslapping and mutual admiration in the aftermath of the session, voters — if they were paying attention at all — were only mildly approving. Judgments about the actual policy achievements of the 86th necessarily await their implementation and evidence of sustainability. In the meantime, legislative incumbents will hope to bask in the faint praise they earned in 2019, while worrying that they might well be drowned out in another election year defined by the deafening volume of chaotic national politics.

Disclosure: The University of Texas at Austin has been a financial supporter of The Texas Tribune, a nonprofit, nonpartisan news organization that is funded in part by donations from members, foundations and corporate sponsors. Financial supporters play no role in the Tribune's journalism. Find a complete list of them here.

Dual-language education: Troubled and in demand