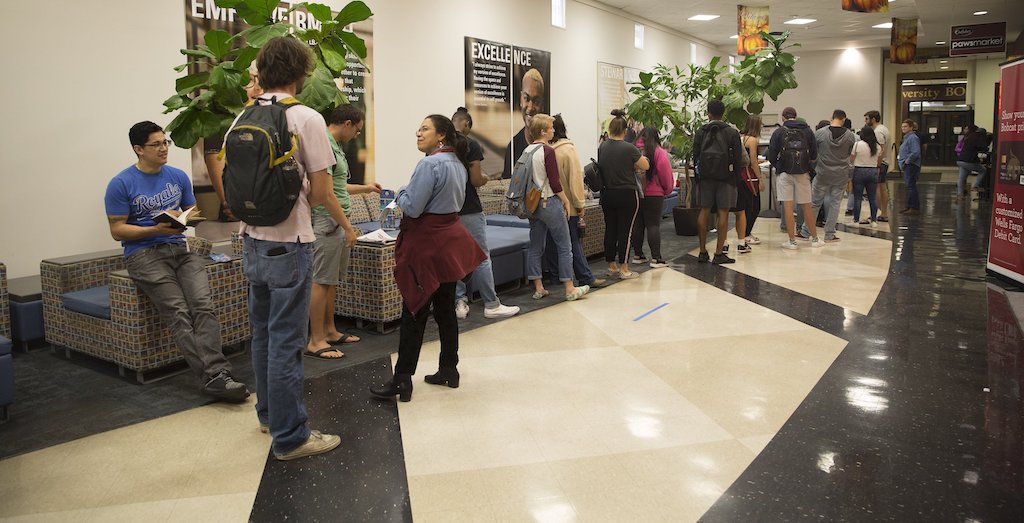 Voters line up to cast their ballots at the LBJ Student Center at Texas State University on Friday, Nov. 2, 2018. Photo by Mikala Compton for The Texas Tribune

When I was born in 1996, George W. Bush was already a year into his first term as governor of Texas. In my lifetime, Texas politics has been entirely dominated by conservative giants who governed with unchecked power, while progressives seemed to lose more and more ground. I have never known a Texas that sounded more like Ann Richards and Barbara Jordan than it did like Fox News and Karl Rove.

Few national campaigns, funders or candidates bothered to show up here, underscoring their preconceived notion that Texas was never in play to begin with. As a result, the infrastructure necessary to register and turn out voters has consistently lagged behind heavily courted states like Iowa, New Hampshire and Virginia.

But for the first time in decades, Texas politics are changing.

The Democratic Party’s decision to host this week’s presidential debate in Houston is the latest indicator of what so many of us have been saying for years: Texas is the largest battleground state in the country. But the part too often glossed over is that the Lone Star State is only in play because of young voters.

In Texas, 43% of us are under the age of 30, and 63% are people of color. Our state is getting younger and more diverse every day and in 2018, those young folks showed up to flex their electoral power. Youth turnout tripled in Texas between 2014 and 2018, a surge that helped flip 12 seats in the Texas House of Representatives, two in the Senate, and brought Democrat Beto O’Rourke within striking distance of Republican U.S. Sen. Ted Cruz. When young people showed up to vote, the conversation about Texas started to change.

But showing up has never been inevitable. Texas has some of the strictest voting laws in the country, laws that disproportionately block access to the ballot box for young people and people of color. That’s why groups like MOVE Texas, Texas Rising, JOLT Action and Battleground Texas invest so heavily in civic education, voter registration and voter turnout programs that empower young Texans vote — many for the first time. But we are not just turning folks out to vote for one election; we are creating a habit of civic participation that will create life-long voters and fundamentally change who decides elections in this state.

Years of investing in youth voter registration efforts are fundamentally changing the Texas electorate and giving young people a new sense of power in our elections. Take Travis County, for example, where young people now make up the largest voting bloc of any demographic, a dramatic shift that forces politicians and pundits to start speaking to the issues affecting our community. Young people are not just the future; we are the present, and we are rightfully claiming our seat at the table. The youth vote is going to be critical in 2020, and we are asking candidates to earn our support. We need champions who will speak to the issues affecting our generation and deliver bold policy solutions on the climate crisis, voting rights and student debt. We need candidates who will invest in us.

And let’s be clear: When Texas turns blue, it will not be because of one candidate or one campaign; it will be because we all decided to stand up and fight. It will be the victory of the folks in the field who are working to empower young people and make this state as good as its promise.

Although I never knew a Texas under an Ann Richards, her words can still serve as a North Star for our generation: “There’s nothing's wrong with you — nothing wrong with you that you can't fix in November.” In 2020, young Texans will be ready to fix what’s wrong with Texas. 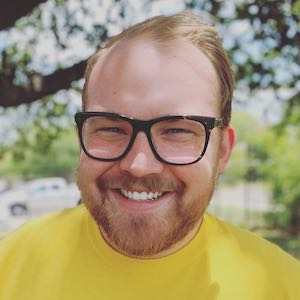 An open letter to John Cornyn