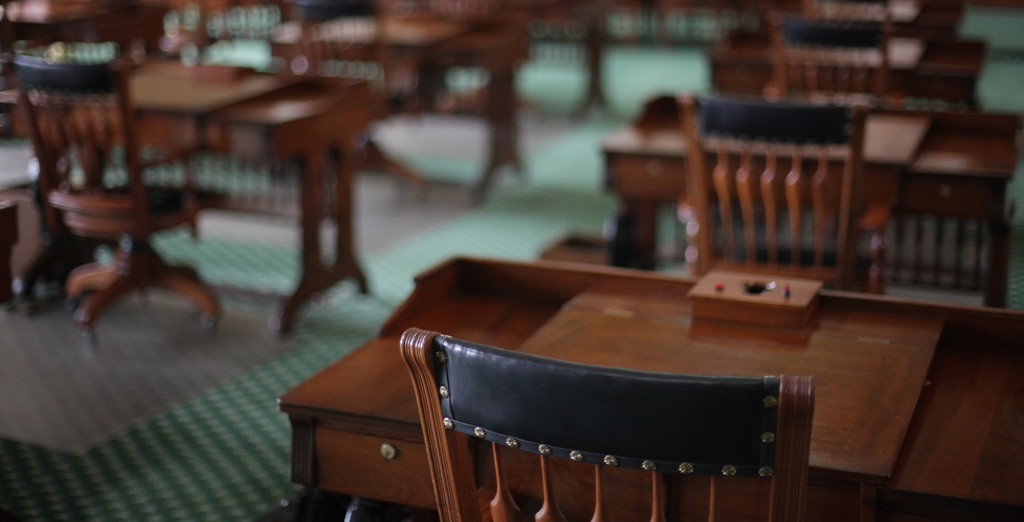 There’s something about Texas culture, soil and sunlight that nurtures a particularly hardy breed of females. Those who dare to venture into Texas politics tend to have an extra layer of spunk, whatever their political ideology. As the writer Calvin Trillin quipped in his 1972 profile of former state Rep. Sissy Farenthold, "It is customary for any woman in politics who is against the established regime to be called feisty."

Sissy overcame her nickname to expose corruption among Democrats who controlled the state in the late 1960s. Barbara Jordan’s eloquence could charm even her most conservative colleagues into submission. Kay Bailey Hutchison started out as a pretty face but proved to be a tough and independent leader. Ann Richards popularized pluck for a whole generation of Texas women. Even Ma Ferguson was elected governor as Pa’s wife but then bucked expectations by opposing prohibition and the Klan. This year's statewide elections, with state Sens. Wendy Davis and Leticia Van de Putte running for the top two spots, have once again put feisty Texas women in the spotlight.

Yet despite a range of role models, far too few women hold public office in Texas. Women are more than 50 percent of the Texas population but a scant 21 percent of the 181 state legislators. Texas ranks 32nd in percentage of female legislators even as policy debates at the Capitol continue to focus on family planning and other issues especially important to women.

Having more women in elected office has obvious implications for fair representation in a democracy. But research shows another valuable benefit: Female legislators in both parties are more likely than their male counterparts to prioritize legislation on issues affecting women, children and families.

With too many women and families struggling in the Texas economy today, that matters.

According to a recent study that the Center for Public Policy Priorities completed for the Texas Women's Foundation, women in Texas are 20 percent more likely than men to be poor. In fact, half of all poor families in Texas are headed by single mothers. The demographics of Texas women are changing, too. More than 85 percent of women in the state live in cities, and more than half are under the age of 35. More than half are non-white, with 37 percent Hispanic, 12 percent African-American and 5 percent Asian.

We also know that women in Texas are increasingly the primary breadwinners in their families, or they bring home a good chunk of the income. That means it’s critical that women have the tools to succeed.

Why are so many women struggling? The key culprits are low wages, limited education, and the high cost of housing and health care. A new report from the National Women’s Law Center confirms that too many women nationally are in low-wage jobs. In Texas, the fastest-growing jobs are indeed those held by women and those that pay the least — jobs like home health aides, fast food workers, maids and cashiers. Over 1 million women in Texas (20 percent) have low-wage jobs, compared with 8 percent of working men in the state.

And though the percentage of women with college degrees has more than tripled in the past 40 years, there are still too many places where Texas women don’t get the support they need to complete their education.

The good news is that policy solutions can lift all boats, helping women and men while shrinking the gender gap in our state. We need to help Texans finish college and reduce their debt by increasing state grant aid and work-study programs for all low-income Texans. And full day pre-kindergarten and child care subsidies for low-income families would put more people on the path to economic security.

We’ve also got to raise wages for all workers and shrink the wage gap for women (79 cents to the dollar). As a start, Texas cities — where the vast majority of low-wage workers reside — should be able to set their own minimum wage standards.

Last summer I got to introduce another feisty woman from Texas, former U.S. Supreme Court Justice Sandra Day O’Connor, during a visit she made to Austin. O'Connor founded iCivics, an organization that uses fun interactive games to inform young people about civic life and get them more engaged. After hearing O’Connor’s colorful stories about shooting jack rabbits on the ranch (and hearing cases on the court), a young woman in the audience asked for advice on how to get ahead. O’Connor gave a simple reply — be on time for work and write well.

So let's help more women get ahead with a quality education, a meaningful career and the chance to run for office. More feisty Texas women will mean a better future for all of us.

Why the Texas Enterprise Fund is worth it