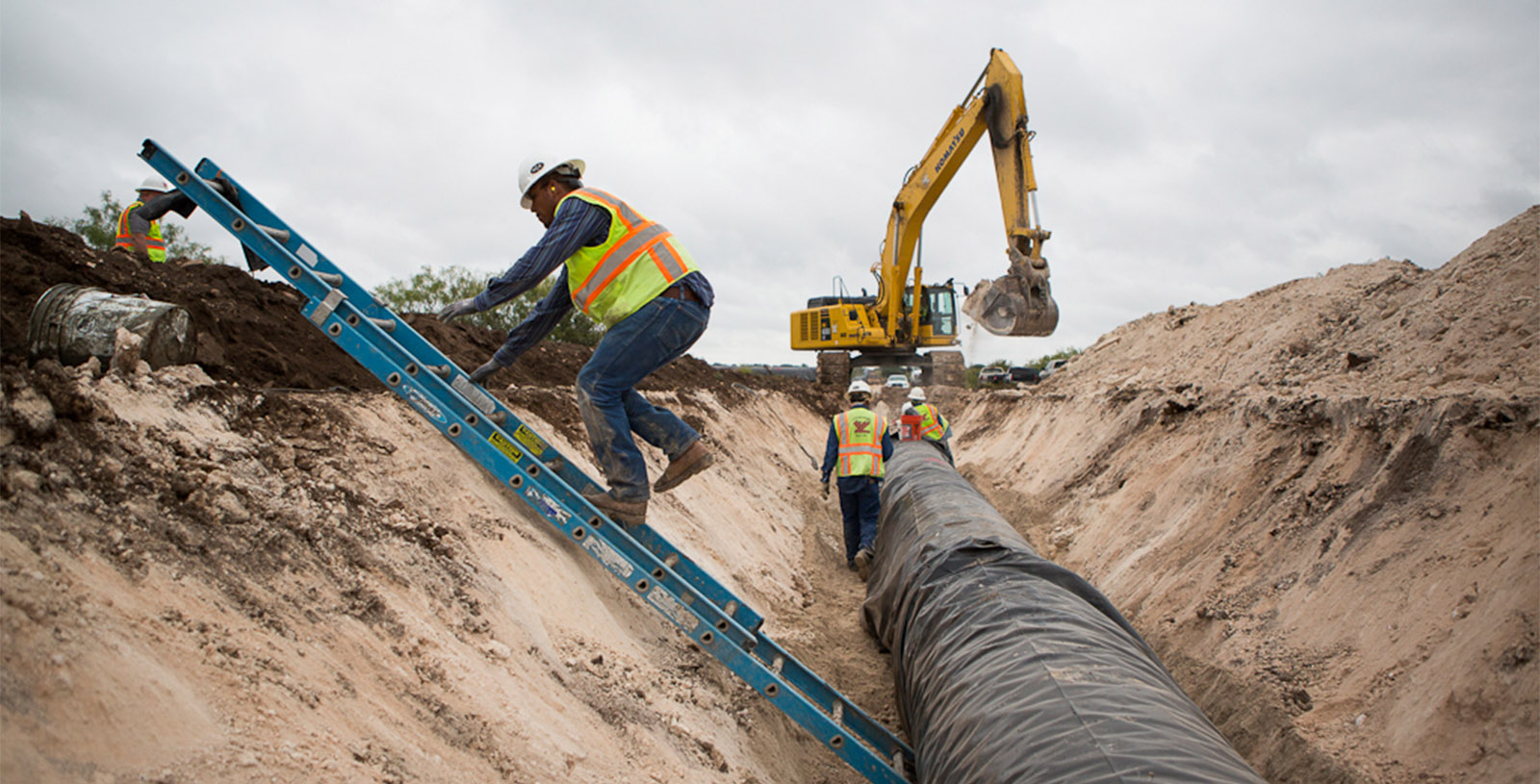 Moving water is not a new concept.

In 1913, Los Angeles bloomed thanks to water imported from the Owens Valley, 233 miles away. This project, which marked the beginning of the California Water Wars, turned a lush valley into a desert and a sleepy city into a thriving metropolis.

Since then, few projects have been as monumental as California’s, but as Texas’ drought and growth continue, cities are looking outside their boundaries for new water sources. As we do, we must ensure that what happened in California doesn’t happen here.

Projects like the proposed 142-mile Vista Ridge groundwater pipeline — which is expected to cost more than $3 billion and is currently being considered by the San Antonio City Council — raise important questions about demand projections, sustainability, water pricing and who pays the bill.

Projected water demand is the key to supply planning. Unfortunately, demand varies widely. While some portion of demand is inelastic, much of how we use water isn’t. Price or weather can significantly affect how much water is pumped. Planning for drought must be done differently than planning for the base demand communities need year round.

Procuring long-term water supplies for drought is financially risky because drought is temporary. No one knows how long it will last or how much water will be sold. Temporary limitations on use, called drought restrictions, are the safest way to financially manage dry conditions.

The 50,000 acre-feet of water that the Vista Ridge pipeline will deliver to the city every year is for drought. The project aims to provide abundant, not just adequate, water during a drought of record, should one occur. This may sound like a great idea, except the city is obligated to pay for all acceptable water that arrives, whether it’s needed or not — and projections show that it isn’t.

Several billion dollars is a huge financial commitment for something that may only be used in limited circumstances. Using an energy analogy, San Antonio is building a base load plant now to meet future peak demand. If it rains or people use less than expected, there will be a financial shortfall and the utility or city budget will be forced to cover it.

Other communities have found themselves at the wrong end of this calculation when inflated demand projections led to unnecessary capital projects.

In 2009, Austin decided to invest $500 million in a water treatment plant to provide the city with an additional 50 million gallons of water per day. Although many groups presented financial arguments against the project, fear of Austin running dry prevailed, and the project moved forward. Now, Austin’s water usage has decreased dramatically, delaying the need for the plant and potentially requiring a large rate increase to cover the deficit.

Similarly, desalination plants in Australia that were built to provide water during the drought sit unused while payments are still being made.

Much of the Vista Ridge conversation has centered on the people who will move to San Antonio, but existing ratepayers, who will pay for the water, must also be considered. The San Antonio Water System has projected a 16 percent rate increase for this project alone, but the project cannot be viewed in a vacuum.

Like other cities, San Antonio expects many other rate increases for other water supply projects and infrastructure repairs and upgrades. Understanding that cumulative bottom line price for the customer is critical to ensure affordability for large portions of the population. Everyone should expect to pay more for water in the future, but those increases must be warranted.

How much water will cost is as important a question as who pays for it. San Antonio leads the state in requiring new development to pay for a portion of new water projects through impact fees. This makes sense because growth is the primary driver for new supply.

Unfortunately, Vista Ridge water will not qualify for impact fees because no capital costs will be incurred by the city. Instead, existing ratepayers will pay all of the costs of the project despite not using any additional water themselves.

Many water supply discussions devolve into us against them: cities against rural users or business interests against ratepayers. This is unproductive. We’re all Texans, and we must share this water to ensure prosperity. Times have changed since California’s 1913 project. This is Texas’ water, and its use must be a community conversation.

While moving water may be necessary, we must also avoid shortsighted deals that look great on paper but can’t stand up to scrutiny.

Disclosure: The San Antonio Water System is a corporate sponsor of The Texas Tribune. A complete list of Tribune donors and sponsors can be viewed here.