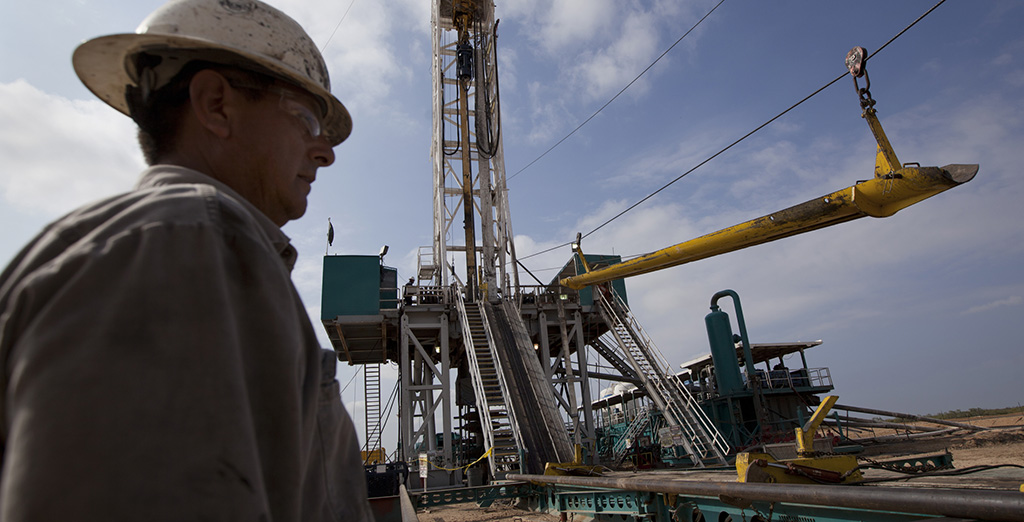 The American economic system has made the United States the world leader in abundant and low-cost energy, thanks in no small part to contributions from Texas. But new rules from the U.S. Environmental Protection Agency pose a direct threat to our oil and natural gas revolution. Even worse, they are largely a Washington-designed solution still searching for a problem.

Thanks to technologies like hydraulic fracturing that were perfected in North Texas, America is the world’s largest producer of oil and natural gas. By some estimates, the fracking boom has given America more than a 100 year-supply of low-cost natural gas.

What’s also amazing is how this boom has brought with it significant environmental gains. Fracking, by unlocking enormous new supplies of clean-burning natural gas, helped the electricity-generating sector replace older coal-fired plants, reducing carbon dioxide (CO2) emissions to their lowest level in 20 years (on average, natural gas emits about half as much carbon as coal). The United Nations Intergovernmental Panel on Climate Change has also credited fracking with reducing emissions in the U.S., which has led the world in reducing CO2 in recent years.

Simultaneously, technological innovations and enhanced regulations by the Texas Commission on Environmental Quality have allowed more produced gas to be captured, reducing emissions of methane, another greenhouse gas. In one of the most heavily drilled parts of the Barnett Shale in North Texas, oil and gas producers have reduced methane emissions by 37 percent since 2011.

According to the EPA’s own data, natural gas producers have reduced methane emissions by 35 percent since 2007, even as production increased by more than 20 percent over the same period. EPA data also show methane emissions from fracking have fallen 73 percent from 2011 to 2013.

Instead of allowing these accomplishments to continue, EPA has decided to arbitrarily insert itself, unleashing a trifecta of unnecessary and costly regulations that drive up the cost of energy and slow new job creation. These include new mandates on methane emissions, ozone and carbon dioxide.

Regarding methane (the main component of natural gas), it is in the interest of the oil and natural gas industry to capture as much of it as possible. That’s why EPA data show methane emissions declining. The EPA baselessly claims methane emissions will rise over the next decade, even though the current trajectory is downward.

In fact, the EPA’s proposed methane rule may interfere with the industry’s ability to continue reducing emissions. Instead of investing in new technologies, companies will have to invest in compliance and reporting.  Financial analysts have already said that EPA’s methane rule could wipe out smaller drillers, the same family-owned businesses that drill a significant number of wells here in Texas.

It’s not just methane, though. EPA is also pursuing a new mandate on ground-level ozone that is so extreme it has been called the most expensive regulation in history. Under this rule, some national parks would be out of compliance. People who want to invest in areas that don’t meet EPA’s standard – including the Metroplex, which is still struggling to meet the existing standard set in 2008 – will face tougher permitting and may have to provide offsets for any emissions.

Even though oil and gas development is only a minor contributor to ozone, EPA’s rule would restrict drilling further, preventing us from producing our own energy.

Curiously, the EPA is also moving forward with the Clean Power Plan to regulate carbon dioxide, which puts a bulls eye on the manufacturing and energy-driven economy of Texas. EPA has admitted cheap and abundant natural gas is critical for compliance, but if the EPA’s methane and ozone rules restrict drilling, natural gas will be less available and more expensive, making compliance much harder. Translation: higher energy bills for Texas families.

Methane emissions are declining. Ozone levels have fallen by 17 percent since 2003, and carbon dioxide emissions are at a 20-year low. We all support cleaner air and smart regulations, but the EPA would do better to pursue a more balanced approach, and certainly one that doesn’t threaten to undermine the significant progress already underway.

Public prosecutors shouldn't be funded by a private insurer