Exclusion vs. inclusion: the role of faith in governance

If readers haven't already done so, I highly recommend viewing The Texas Tribune's "God & Governing" video series — a revelation, so to speak, of the nexus of religion and politics at the Texas Capitol. I had the opportunity to participate in a recent panel discussion as part of this series with three of my legislative colleagues, sponsored by the Tribune and the LBJ Library Future Forum. The brief exchange provided a cursory look at how lawmakers bring their religion and faith to bear in the House Chamber when considering policy decisions. But what was most revealing was the difficulty encountered in having any real and substantive dialogue about what this actually means and how to evaluate impacts.

Personally, I found myself wanting to debate the political issues but, at the same time, feeling constrained to do so in the context of one's positions being influenced by faith/beliefs. It's one thing to have an evidence-based debate about women's access to abortion, quite another to do so when the facts are argued against with faith. How do you reach a workable compromise with a religious belief that requires absolutes — such as no abortions should ever be allowed? Period? Though my values guide me to focus on the health and well-being of women who have made the decision to terminate a pregnancy and who need access to a legal and safe medical procedure, my mere mortal position seems to always be trumped within a Chamber that hears frequent references to God's will or biblical scripture.

At the forum, we briefly touched on the subject of separation of church and state and what the concept actually means. For some of my colleagues, this is all about keeping government out of religion. In fact, they expressed the desire for increasing limitations on government in order to make room for God's desire that we live free and serve God — which apparently also applies to any interference with our God-given right to have guns, acknowledgement of marriage equality, or the teaching of medically accurate sexual education. How can you have a rational debate in this arena?

Several audience members expressed concern as non-Christians about being left out of the equation or, worse, wondering if they had any reason to fear. This, I believe, is the most critical component of the discussion that must be had: How do we, as elected representatives, ensure that we're creating a space for all of our constituents, regardless of their faith or their lack of a faith tradition, to participate in and be represented within our governmental processes and policies?

Religion, beliefs and values are part of who we are and certainly part of what shapes our ideologies. And it's reasonable to assume that who we are will dictate how we think and, as lawmakers, how we will govern. The issue is one of exclusion versus inclusion — of being part of "the club" with special privileges. At what point do personal beliefs and the policies those beliefs create infringe on the rights of others? What role should God play in our decision-making process when, among 27 million Texans, there are many different ideas on who or what constitutes God? And how do we appropriately have this discussion in a political climate where candidates and officials regularly showcase their religious fervor to score extra points with primary voters?

Thanks, Texas Tribune, for getting this started. There is much to talk about if we can find a way to do so. I'm not sure where we go from here, but I have faith that you will continue to raise these questions and spur the conversation. 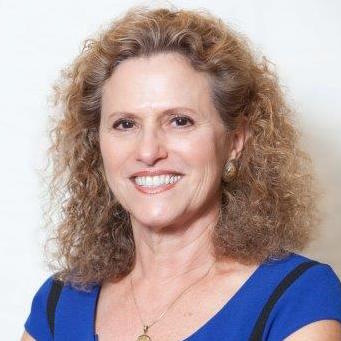 Sponsor Content: Depression is more prevalent, costly and treatable than you think