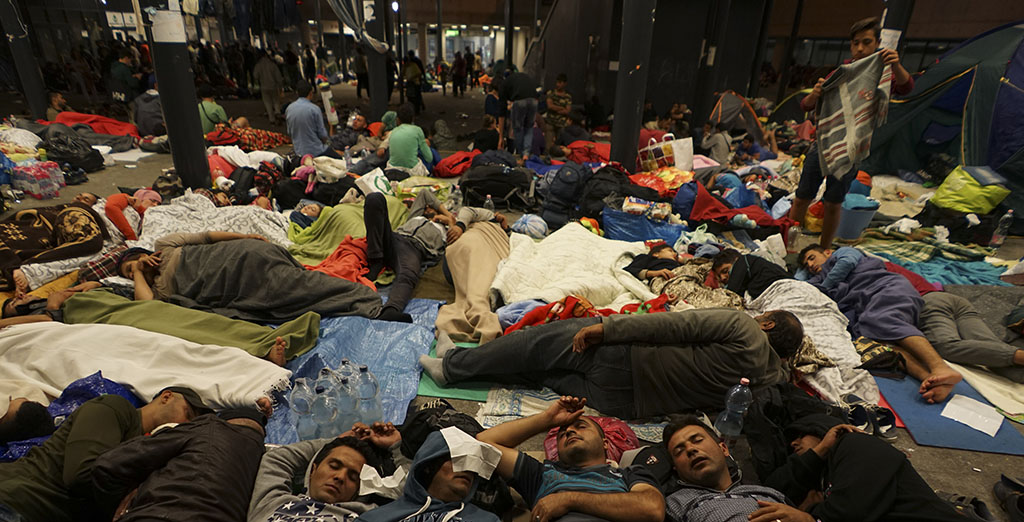 Syrian refugees rest on the floor of a railway station in Budapest, Hungary. Photo by Mstyslav Chernov/Wikimedia Commons

I won’t be spending this Thanksgiving in Austin because my wife, Diane, and I wanted to be with our three daughters in New York. Because of the recent terror attacks on Paris and our upcoming visit to the city where the Statue of Liberty welcomes the world to our doorstep, I’ve been thinking about Emma Lazarus’ poem inscribed on the statue:

Give me your tired, your poor,
Your huddled masses yearning to breathe free,
The wretched refuse of your teeming shore,
Send these, the homeless, tempest-tost to me,
I lift my lamp beside the golden door!

As Americans, we should either live by those words or we should return Lady Liberty to France. And right now, living by those words means finding the strength to put aside our fear and welcome Syrian refugees to Austin in a way that protects both our safety and values.

My support for resettling pre-screened refugees from Syria has no force of law. Neither do statements by any local or state politician, but as others have spoken out, I thought it was important to express my support for sending “these homeless, tempest-tost” to Austin because doing so is the best reflection of who we are as a city.

When the world thinks of Austin, they think of coming here to have a great time. But they have learned that they will find help here, too, when they need it. When Katrina forced thousands to evacuate New Orleans, we welcomed them with open arms. When children fleeing gang violence in Central America massed on our southern border, many Austin groups rushed to help.

This is what great cities do. This is who we are. And when it comes to resettling Syrian refugees to Austin, this is what I think we should say: welcome.

I looked into the matter because many people have asked where I stand, and this is what I’ve learned.

Any Syrian refugee coming to the United States faces the most stringent background checks of anyone entering the country. This is not like what is happening in Europe where people are literally flooding across the border. The United States only considers those refugees who are screened by the United Nations, and we then put them through a rigorous screening process that combines the efforts of the FBI Terrorist Screening Center, the intelligence agencies and the Department of Defense, the National Counterterrorism Center, and the Department of Homeland Security.

Before any refugee is allowed into this country, they first have to pass the following screening procedures:

Refugees are subject to the highest level of security checks of any category of traveler to the United States. It would be “virtually impossible” for a terrorist to sneak in with Syrian refugees, said J.D. McCray of the International Rescue Committee in Atlanta.

“The refugee resettlement program is the hardest way for someone with ill intent to get into the United States,” he said.

The refugees who are being allowed in are the most vulnerable Syrians: female-headed households, children, survivors of torture and individuals who need medical attention.

The United States has a long record of safely resettling refugees here. Since 9/11, we have resettled 750,000 refugees in the US. Not one has been arrested for terrorism. We’re safe.

These are a few reasons I have decided to add my name to the more than 100 mayors across the country to the following statement by Cities United for Immigration Reform:

“Our hearts go out to the people of Paris and those impacted by these senseless acts of violence. The American values of freedom and opportunity define who we are as a country, and to extend that promise to Syrian families seeking refuge from the threat of terror is imperative. As municipal leaders, we seek always to protect our communities, while we honor the diversity and growth of our cities and counties. The United States has a robust screening and background check system that ensures our safety and security is protected, as we welcome those in need of refuge onto our shores.”

I am intensely proud to tell people I’m from Austin and conscious that what I say as mayor reflects on our magical city. I want people here to know we are safe, and I want the world to see our true strength. Some may disagree with me, and I respect their opinion. But I think it is important for me to lift Austin’s lamp to the rest of the world. If America is to be a world leader—and Austin the shining city that it is—requires us to defend our values when it is hard — not just when it is easy.

Disclosure: Steve Adler is a major donor and former board chairman of The Texas Tribune. A complete list of Tribune donors and sponsors can be viewed here. 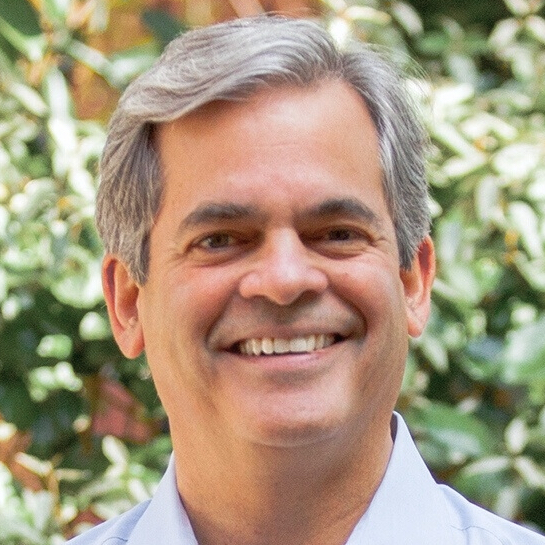 Deferred action gives immigrants a chance at the American Dream

Setting the record straight on "Ban the Box"