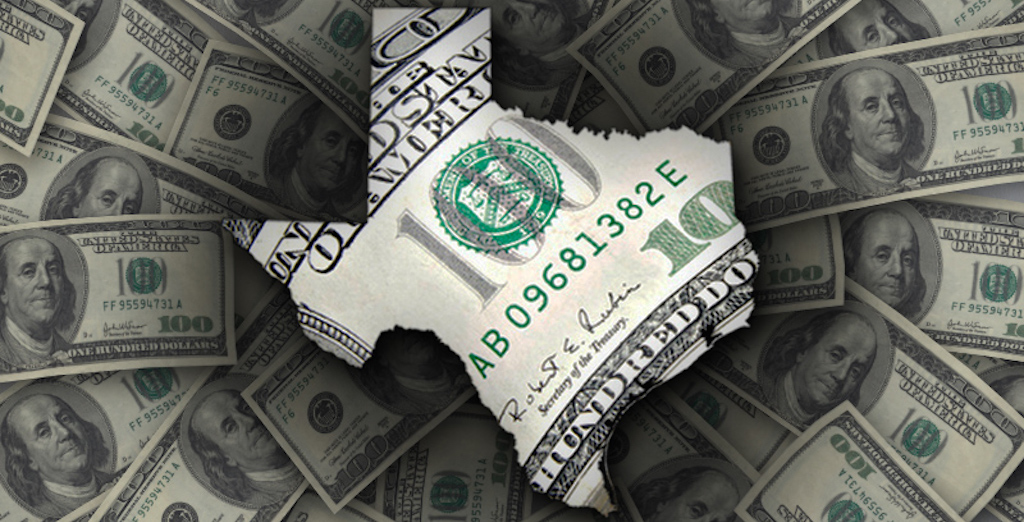 A troubling new economic forecast and continued concerns about oil and gas revenues are exposing the underbelly of the "Texas Miracle."

Proponents of the so-called miracle have long argued that Texas’ anti-tax, starved government creed is responsible for the state’s growing economy. But the latest forecast and a deeper look at the data tell the real story. And it turns out the only thing that might fairly be called a “miracle” is the oil and gas that God put in the ground.

The fact is, the jobs story in Texas has always been more complex than some folks claim. Yes, Texas was responsible for 29 percent of all U.S. job growth from 2000 to 2013. But we also have the 10th highest rate of low-wage jobs in the country. More than 31 percent of Texas jobs pay less than $24,000 per year — a wage that keeps families in poverty by official measures. That’s why job growth hasn’t led to equally strong reductions in poverty and inequality.

Texas also ranks among the top 10 states for income inequality in the nation, and the Dallas metro area has the highest level of income inequality between neighborhoods in the country. Poverty is higher than before the recession, especially in our big cities. Between 2000 and 2012, the number of people living in poverty jumped by 82 percent in Austin, 64 percent in Dallas, 46 percent in Houston and 36 percent in San Antonio.

Why are so many of our fellow Texans stuck in low-wage jobs? Because too few students make it through high school and into college due to persistent cuts to pre-K and K-12 education and the exploding cost of higher education. Today, only 34 percent of prime working-age adults in Texas have an associate’s degree or higher, leaving us far behind other large states in terms of education levels. That puts Texas at a competitive disadvantage because 62 percent of jobs here will require some form of postsecondary education by 2020.

Our challenges are real, but fortunately we don’t need a miracle to solve them. What we need are evidence-based public policies that give all Texans a chance to compete and succeed in life.

First, that means investing in education from cradle to career. Research shows that for every dollar we invest in high-quality pre-K, the state saves $3.50. San Antonio is leading the way with their smart investment in the "Pre-K 4 SA" full-day pre-K program. More early education programs allow parents to work while kids learn, and full-day pre-K programs help prepare kids for school.

To ensure all Texas kids get a quality education regardless of whether they live in a rich or poor school district, the Texas Legislature must craft a more equitable school finance system. The Texas Supreme Court is expected to rule this spring in the lawsuit challenging our current system; that ruling may spur the Legislature to action.

Once more students are on the path to college, Texas needs programs that connect them to careers and good jobs. And instead of spending so much time out of state recruiting businesses to move to Texas despite the skilled labor shortage, Texas leaders could work with educators and businesses to harness the talent that’s already here.

The Greater Houston Partnership and JP Morgan Chase Bank launched Upskill Houston, an innovative model that aims to close the skills gap in Houston by working in partnership with community colleges and key business sectors to increase the number of Houstonians trained for great careers across the region. The model should be studied and scaled up statewide if it works.

We’re lucky to have three of the country’s 10 largest cities in Texas, and they’re run by innovative leaders who transcend political labels and are serious about tackling urban poverty. In one important move this year, Dallas, Austin and San Antonio all raised the minimum wage for city employees or contractors.

There’s an opportunity for solutions at the Texas Legislature as well, as Senate and House committee members consider school finance, education and workforce partnerships, and the high cost of college during interim hearings. Better policies on all of these issues can help get students through their education and into a career.

Instead of hoping for miracles, let’s work with our leaders to enact smart public policies that make Texas the best state for hard-working people and their families.

Correction: A previous version of this column incorrectly stated the percentage of U.S. job growth Texas was responsible for from 2000 to 2013. The correct figure is 29 percent.

Why you need the flu shot this year — and every year