There is much to be said for Gov. Greg Abbott’s call for a new convention to revise the U.S. Constitution. Unfortunately, ours is the most difficult to amend in the world. Amendments must be proposed by two-thirds of each house of Congress or by a convention called of two-thirds of the states — the latter of which has never happened. In either case, proposed changes must be ratified by three-quarters of the states.

This makes the governor’s proposal more of a wish list than a practical program.

I agree entirely with the objective of reducing the policymaking role of the national government and returning a large share of policymaking power to the states. Much that is now done from Washington would be better done, more in keeping with government "by the people," if done locally. That said, giving two-thirds of the states the power to revise laws and constitutional decisions has the problem that they may account for less than half of the national population.

A vote by Texas, for example, with its population of more than 25 million people, could be canceled by a vote from any one of more than half a dozen states with fewer than a million people. A better proposal might be to require a combination of states accounting for at least half the national population.

Confining Congress to its expressly delegated powers won’t help, even if such a limit could be enforced, because those powers are very broad. Practically speaking, its express power to tax and spend for the “general welfare” encompasses virtually everything.

We can’t and shouldn’t rely on the Supreme Court to limit Congress. In fact, it is the Supreme Court, not Congress, that the states can thank for having lost much of their power to govern — for example, to restrict abortion, confine marriage to a man and a woman, and protect children from forced busing for school racial balance. The constitutional amendment that would do most to restore the states to the republican form of government guaranteed them by the Constitution would be one abolishing judicial review.

Requiring Supreme Court rulings of unconstitutionality to be at least 7-2 won’t help because all such rulings will then all be at least 7-2. If recording dissenting votes would cause the justices to lose their policymaking power, they will simply agree not to record dissenting votes. The only way to limit the Court’s policymaking power is to remove it.

So while there are certainly very valid reasons to change the Constitution — for one thing, we could get rid of obsolete provisions, such as the requirement that the president be “a natural-born citizen,” that serve only to cause problems — we must recognize that the real reason we have an all-powerful central government is that our fellow citizens want it.

Moreover, they vote for it, for example, by electing and re-electing President Obama. We will not be able to regain through constitutional manipulation what we have lost and will continue to lose through the ordinary political process. The essence of our problem is that we are a minority in a political union with a majority that has very different views. 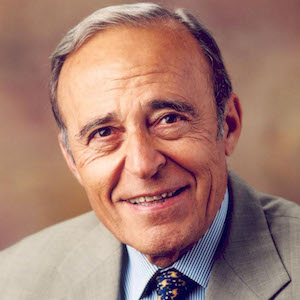 Sponsor Content: Sale of Oncor is a bad bet for Texans

End of the road for the Driver Responsibility Program