The arrest of foster care runaway Meechaiel Criner on suspicion of killing UT-Austin student Haruka Weiser has prompted mourning, pity and blame. There are no excuses to be made in the wake of such a crime, and if Criner is found guilty, the same will apply to him, no matter his past.

However, there are reasons it happened, and if we don't fully investigate what those reasons are — and why Criner was on the street to begin with — then we are all at fault.

The Child Protective Services-related stories that have been in the news lately are symptoms of a broken system. The deaths of children and the poor outcomes of foster youth are the result of more than just overworked caseworkers. Of the numerous systemic reasons for these tragic stories that deserve focus, three are worth an immediate look:

The first is a lack of financial and other support for kinship placements. Research shows foster children tend to do better in homes of family members than with strangers, but the current system fails to help those families take on the extra responsibility. After a one-time integration payment for relative caregivers — $1,000 for the first child and $495 for each additional child — the Department of Family and Protective Services will reimburse up to $500 in expenses per child, per year, for up to three years after the relative is appointed the child’s permanent managing conservator. No one who has or works with children can imagine taking care of a child's needs for just $500 a year. In contrast, for 2016-2017 foster care rates were set at $17.12 per day for children under 12 and $17.50 for children 12 and older — or more than $6,000 a year.

At a minimum, inflation should be taken into account for kinship placements — the integration payment has not increased at all since 2006, when the formal kinship program was created. This would at least up the one-time payment to $1,181.21 and the reimbursement to $590.61. Kinship families should also be allowed the clothing voucher benefit that is afforded to foster families, a quarterly reimbursement that ranges from $60 for infants to $133 for teenagers.

The second area is transitioning youth. Most foster children age out of the system at age 18, where they are forced to become instant adults. The outcomes for these children are mostly negative — lower rates of employment and high school graduation than their peers, and higher rates of mental health problems and homelessness. All they need in order to achieve is support, but the Department of Family and Protective Services' Preparation for Adult Living program, aimed at preparing youths to transition out of state care, does not begin until a youth is 16 years old — hardly enough time to prepare to be on their own at 18.

Third is Texas' Residential Child Care Licensing system. Allegations of child maltreatment in foster care are handled differently from those in the community. For instance, licensing investigators get just two weeks of training to handle these cases, and although they share information with CPS caseworkers, joint investigations are not policy. In addition, there is not a systemic way to look for patterns in violations data that could point to serious problems — such as the allegations of abuse that led DFPS to shut down two campuses run by Children's Hope Residential Services in Lubbock — before they occur.

There are manageable solutions to the licensing problem. With the Health and Human Services undergoing a restructuring, licensing is set to move to the Department of Licensing and Regulation. If investigations of abuse and neglect in foster care stayed with DFPS, then child safety could be made a priority, with other licensing violations falling under the purview of Residential Child Care Licensing. Another opportunity would be the creation of a multidisciplinary team — nurses to look at medical issues, clinicians to look at therapeutic issues, accountants to look at financial issues, and so on — that would be a more efficient way to proactively monitor licensed facilities.

In fact, there are opportunities to fix all of these systemic challenges if we take the time. The Legislature and the governor’s office have acted decisively in the past to support the foster care system, and we need them to do so again. DFPS cannot fix these problems alone, nor can the agency do it overnight. That being said, we need to act now with the solutions we have to make sure that we don’t add more names to the list that already contains Haruka Weiser and Meechaiel Criner.

Disclosure: One Voice Texas has been a corporate sponsor of The Texas Tribune. A complete list of Tribune donors and sponsors can be viewed here. 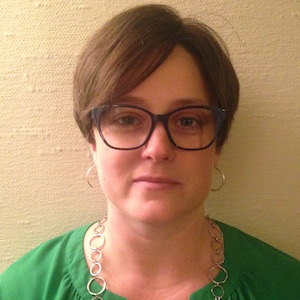 Sponsor Content: Can there be a North American Century?

William McKenzie, The Catalyst: A Journal of Ideas from the Bush Institute