While many Texas school administrators and staff were focusing on STAAR testing this week, Fort Worth ISD was busy starting a fight over public school restrooms and locker rooms.

The district has unilaterally created new and dangerous rules that allow boys into girls' restrooms and locker rooms and include requirements that keep information hidden from parents about issues of sexuality. These rules — which can result in “adverse employment action” against teachers if they are not followed — were implemented without parental input, and there is no record of a vote taken by the School Board.

I was at the Fort Worth ISD School Board meeting on Wednesday night with a diverse group of hundreds of parents and concerned citizens who packed the room and overflow room to voice their concerns and opposition. The implementation of Fort Worth ISD’s dangerous new rules make it clear that local government officials refuse to listen to the people on this issue, and now state leaders like Lt. Gov. Dan Patrick, Attorney General Ken Paxton and others have been left with no choice but to speak out on an issue of privacy and safety for all Texans.

I’m a 26-year-old Texas woman, and this issue is very important to me. How does a woman adequately explain that when we’re in the restroom or locker room, we feel vulnerable? When a man walks in a women’s restroom, we feel unsafe because our privacy has been violated.

It’s not a hypothetical. Earlier this year, a man undressed in a woman’s changing room at a public swimming pool in Seattle. Women were surprised when the man told them, “The law has changed, and I have a right to be here” — and then later re-entered the room as young girls were changing for swim practice. In 2012, a male registered sex offender was found in the woman’s bathroom at Dallas’ Parkland Hospital. His presence frightened a woman inside the bathroom, but he claimed he felt like a woman. The sex offender’s victims were teenage girls.

Many thought the issue of allowing men into women’s bathrooms was settled in Houston with a resounding “no!” On Nov. 3, 2015 a diverse and bipartisan group of Houston voters (sound familiar?) overwhelmingly rejected — by a margin of 61 percent to 39 percent — a new law that added the subjective words “gender identity” as applied to decisions about bathrooms and much more. The failed ordinance would have allowed men into women’s bathrooms and would have punished business owners who tried to protect their customers on this issue.

Superintendent Kent Scribner, a man claiming he is concerned for “all students,” has not shown concerns for all girls. They were never given a say, their parents were never able to speak up for them, and even the school board itself could not vote in their favor. Now, every girl in his district in a very uncomfortable and dangerous place.

Fort Worth ISD has brought shame and controversy to their wonderful city by trying to sidestep the taxpayers, the people and the parents in their own community with these rules. Why? Because Fort Worth ISD knows that if the people vote on this issue, they will strongly reject it, just like in Houston. 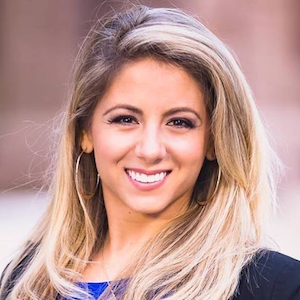 Patrick's transgender fearmongering is about politics — not safety