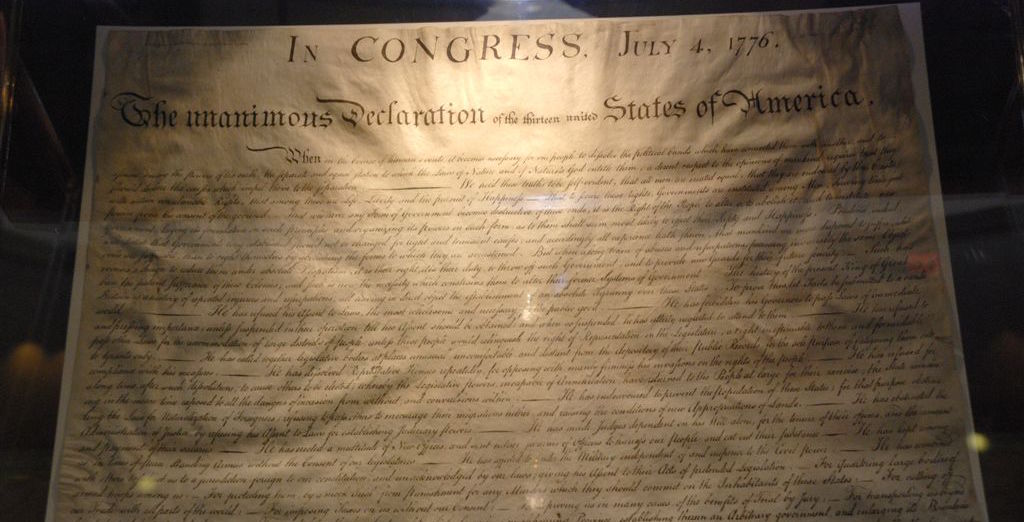 A few weeks ago, after the evening news, my 13-year-old daughter asked me: "Dad, what are we going to do if Trump wins? Are we moving to Spain?" I have reflected on her words since, trying to understand how the perception of one's country, even for a happy Texas child, can turn unwelcoming so quickly.

As we celebrate the Fourth of July, I have realized that for the United States today, the Declaration of Independence remains the best hope to make this the most welcoming country in the world. Paradoxically, it also represents a big obstacle to achieve that goal.

On July 4, 1776, the signing of the Declaration of Independence not only gave birth to the United States of America but also was the genesis of one of the most powerful foundation myths of any nation. The Founding Fathers famously declared, as a self-evident truth, that "all men are created equal" and that "life, liberty and the pursuit of happiness" are man's unalienable rights.

The Declaration has fueled the American Dream to this day: Immigrants like me continue to see in those inspiring words a path for opportunity. Moreover, those words have also served as a statement for racial equality that has repeatedly been invoked in civil rights movements.

Many of the signatories of the Declaration were slaveholders who considered black men their property and, obviously, not their equal. Native Americans were only referred to in the Declaration as "Indian Savages." Also, the Founding Fathers' initial idea of who controlled the rights described in the Declaration was the very small circle of male Anglo, Protestant land owners that they represented.

In establishing the new nation, the Declaration's signatories also established who was entitled to claim it as theirs, and black and Native American people were explicitly left outside the circle. In many ways, the history of this country is their struggle, and that of all other immigrant groups, trying to enter into that initially small circle. Charles Carroll, the only catholic to sign the Declaration, can be considered the first outsider to sneak in. Catholics were barred from entering politics or even voting at the time but he was given a seat at the table because of his enormous wealth and his alliance with independence ideals — still today, wealth and sharing ideas with the establishment opens doors to minorities.

The Founding Fathers made it very clear at the beginning that white, male, Protestant landowners — not the people — were in charge of deciding who will have a voice in the new nation's government. As the country grew, their descendants (some enthusiastically, some reluctantly) allowed other groups of people inside the circle, slowly granting equal rights to "outsiders" as they saw fit. It is not an easy thing to do because humans are naturally inclined to protect their circle and to be on guard against outsiders.

Jews and Catholics have endured discrimination on religious grounds just like most ethnic immigrant groups (Italians, Chinese, Irish, Hispanics, etc.) on the basis of their religion or simply being perceived as "culturally different." Some groups have slowly entered inside the circle — Italian Americans, Irish Americans and Jewish Americans are now comfortably inside White America — but other groups continue to struggle and can suddenly become suspect.

For example, in a dark moment in our history during the second World War, tens of thousands of innocent American citizens, were rounded up and put in internment camps just because their Japanese background. Donald Trump has invoked precisely those policies by President Franklin D. Roosevelt to justify his proposed ban on Muslims, ignoring the fact that the US government has officially apologized for those discriminatory actions. Similarly, Trump has questioned the ability of an American federal judge (born in Indiana) to do his job because his Mexican heritage. "He is a Mexican", Trump says, making clear that he does not see this judge as a fellow American.

Fear from those inside the circle has legitimized other troubling chapters in American history, such as in the 1920s, when our nation embraced eugenics and put in place the so called "racial betterment programs." These repressive policies were developed to reverse fears of what President Theodore Roosevelt called "race suicide" or the dwindling of the Anglo-American stock (at the time even Southern and Eastern Europeans were considered inferior races).

The ideas of racial superiority were championed by renowned professors from Yale and Harvard and produced government policies that ranged from preventing immigration from undesirable ethnic groups to segregation and forced sterilization. These policies — meant to guarantee political control for the descendants of the Founding Fathers — were slowly abandoned after the world discovered the horrendous results of their extreme implementation by Germany during the Holocaust. The fact that American thinkers helped to provide the intellectual foundations for Hitler's racial cleansing policies was swept under the rug and now Americans hardly know about it.

Those same fears have manifested themselves today in Trump's presidential campaign. Just like back then, Trump is turning entire groups of people (Mexicans, Chinese, Muslims, etc.) into undesirables, scapegoats or outright enemies. His overt bigotry appeals to those Americans that, consciously or unconsciously, long for a smaller-circle America, an idealized version of the America of the Founding Fathers, now best represented by White America. They are just not comfortable with the prominence gained by people considered "outsiders" not long ago.

Trump's slogan "Make America Great Again" is also tapping on that nostalgic appeal. But, one wonders, what Great America from the past is Trump proposing to emulate? Is it the America of racial segregation of 50 years ago? Or the America of 100 years ago where women had no right to vote?

This year's presidential race it is indeed a timely opportunity for Americans to reflect on the foundation myth of the nation and what the Declaration means today. Many seem interested in hanging on to the Founding Fathers' original idea that America belongs to a selective group of people. But as I told my daughter, hopefully more people will embrace instead the idealism and inclusiveness found in the actual words of the Declaration. 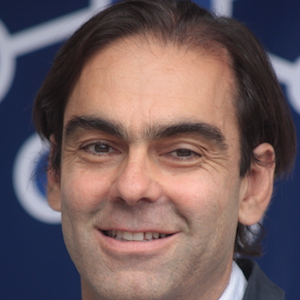