How Democratic gains could lead to a more conservative Texas House 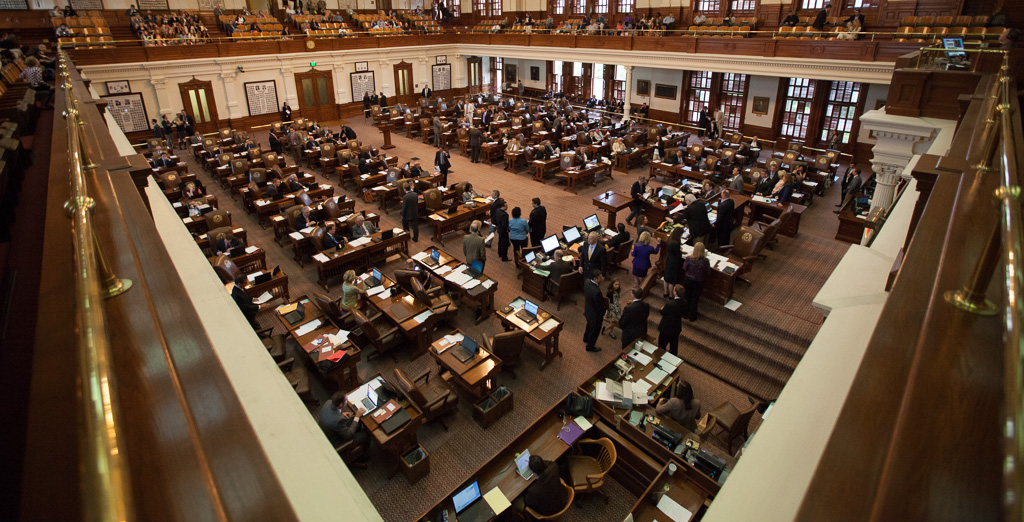 Texas Democrats stand poised this fall to expand their ranks in the Texas House of Representatives by up to a dozen members. This influx of new Democrats would make the House as a whole more liberal but would simultaneously make the majority Republican delegation more conservative. Therefore, to the extent to which the House legislative agenda is driven by the preferences of the majority party caucus, the end result could be a more conservative Texas House in 2017 than would have been the case had Democratic gains been limited to the originally projected (pre-Trump) range of zero to four.

A year ago, the possibility of Donald Trump being the 2016 Republican presidential nominee — let alone the damage he is presently inflicting on down-ballot Republican candidates — was considered remote. At the time, Texas Democrats were realistically looking at picking up only a few seats in the House.

Today, with Trump at the top of the ticket, Texas Democrats are more optimistic. Democratic Party leaders now have hopes of capturing around a dozen House seats currently held by Republicans, all the while kicking themselves for failing to recruit anyone to run in a couple of districts — especially HD-45, held by Jason Isaac, R-Dripping Springs, and HD-52, held by Larry Gonzales, R-Round Rock — that might have been at least modestly competitive this cycle due to Trump. As is the case with the Texas Lottery, though, you can't win if you don't play.

At present, the House membership consists of 99 Republicans, 50 Democrats and 1 independent. Two of these seats (HD-118, held by John Lujan, R-San Antonio, and HD-120, held by Laura Thompson, I-San Antonio) are located in blue districts, were won by non-Democrats in low-turnout, post-session special elections and have been expected to return to their natural state in Democratic hands on Nov. 8.

Prior to Trump's nomination, only a handful of Democratic incumbents had any reason to be concerned about re-election. Today, Democrats do not have to worry about losing any House seats presently held by a Democrat.

In the 2015 legislative session, every Democrat was located to the left (i.e., had a more liberal voting record) of every Republican, just as has been the case in the Texas House for more than a dozen years. Therefore, any seat that is flipped from red to blue in November will move the Texas House, as a body, to the left since the new Democrat is virtually certain to occupy a position on the ideological spectrum that is significantly more liberal than that of the Republican they defeat.

If the House did not have political parties, these Democratic gains would almost without question pull the legislative agenda in the House to the left come January. However, party lines play a major role in structuring the House's agenda and process. When one focuses on the Republican Party delegation, substantial Democratic gains would disproportionately remove centrist conservatives, with the result being a more conservative House Republican Caucus in 2017 than would have been the case had Democratic gains been limited to original projections.

The figure arrays 97 of the 98 Republicans who served during the 2015 legislative session from left to right according to their 2015 Liberal-Conservative Score (Speaker Joe Straus, R-San Antonio, by custom rarely casts roll call votes and is not included). The columns represent the representatives' win rates on final-passage votes — that is, the percentage of non-lopsided final-passage votes where they cast a vote and were on the winning side. The win-rate columns of the 12 most vulnerable Republicans listed above are highlighted in red, with the remaining Republican representatives in green. The label "Majority Median" identifies the median Republican, with 48 GOP legislators located to the left and 48 to the right of this representative, Leighton Schubert, R-Caldwell.

The figure reveals that 10 of the 12 most vulnerable Republicans are located to the left of the party median, and only 2 to the right (including Rinaldi, who by most metrics ranks as one of the least, if not the least, vulnerable of the 12). The former 10 include six of the two dozen least-conservative Republicans last session. If, for example, the Democrats were to sweep these 12 seats, the GOP would remain the majority party in the House by a margin of 86 to 64, but the House Republican Caucus would be notably more conservative than a caucus retaining most if not all of these 12 vulnerable legislators.

It is no great surprise that as a group, the most vulnerable Republicans occupy a more centrist conservative position than their less vulnerable colleagues. Unlike their brethren, who tend to reside in ruby red districts and have their tickets to Austin all but punched in the GOP primary elections, these vulnerable representatives also have to worry about gaining the support of swing voters in the general election and therefore often have voting records that reflect the purplish or pinkish tint of their districts.

Significant Democratic gains in the Texas House this fall would simultaneously pull the House membership to the left and push the House Republican Caucus to the right. The consequences could be a House where centrist legislation has a more difficult time passing, where a few more controversial bills near and dear to the movement conservative base make it to the floor and where Speaker Straus faces more challenges in pursuing his pragmatic centrist conservative policy agenda.

Zika: How big is the threat in Texas?

Taking the long view on water conservation in Texas