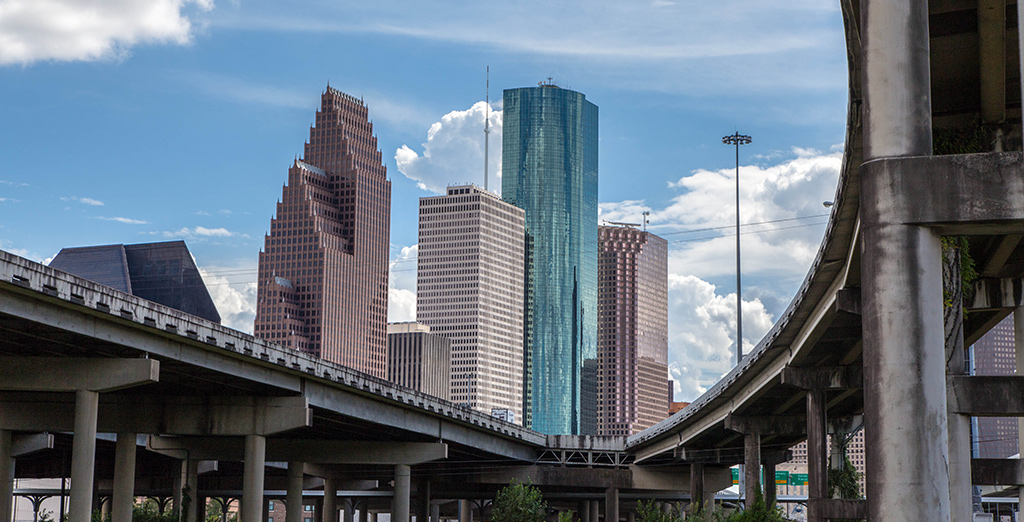 This year, Houston was officially designated a "Welcoming City" by a national network of local governments. Rightly so — the Space City has been recognized as one of the most internationally diverse metropolitan areas in the country. Since 2000, Houston has seen a boom in its immigrant population that has been double the national rate.

But Houston is also the deportation capital of the country. Two months before Houston became a "Welcoming City," Interim Harris County Sheriff Ron Hickman quietly renewed the 287(g) program, which deputizes local law enforcement to screen for undocumented immigrants using the Immigration and Customs Enforcement database. This gives sheriff's officers the right to arrest immigrants for minor infractions as a means to detain and deport.

Last year, the Harris County Sheriff's office reported 120,000 arrests under this program, with 167 people deported. Since the program was implemented in 2008, Harris County has deported more people than any other area in the country. This is scary.

One in every four Houston residents — roughly 1 million — was born outside the United States. In 2014, Houston received more refugees than any other area in the United States, resettling 10 percent of all refugees admitted into the country. In the past three years, Houston's Central American community has grown 130 percent and the Filipino population has grown 90 percent.

The foreign-born community contributed $116.5 billion to Houston's 2014 GDP, and is more likely to start new businesses than those born in the U.S. These new businesses have changed the culture and energy of Houston neighborhoods like Harwin & Hillcroft, Bellaire, Katyzuela and the many other enclaves of food, shopping and specialty service providers.

As second- and third-generation Texans stay rooted in their neighborhoods, the demographics of Houston's areas also change. According to the 2010 Census, Houston also has no majority racial/ethnic group, with non-Hispanic whites representing 40 percent of the total population and Latinos at 36 percent. So it's no wonder that many residents feel a weight in their chests when Gov. Greg Abbott announced that he wants to ban "sanctuary cities" in the 2017 legislative session.

This comes at a huge financial cost to Houstonians, with the Texas Commission on Jail Standards reporting that Harris County has the highest spending rate of immigration enforcement. Harris County Jail spent $50 million in a two-year period to house individuals with immigration detainers. Because of Houston's large immigrant community, the strategies that the Harris County Sheriff's Office use to implement 287(g) have national implications for continued collaborations between ICE and local enforcement.

These collaborations have no federal regulations because they rely on local agencies to identify and detain individuals according to their own guidelines. This allows agencies to incentive arrests that result in racial profiling of anyone who looks like an immigrant. In some cities, citizens have been deported under this program due to flaws in the ICE database or because individuals refused to give their personal information.

It was a travesty that Houstonians couldn’t vote on a program like 287(g), and instead had to rely on the judgment of an unelected sheriff who endorsed Donald Trump for president and called for escalated use of force for immigrants and people of color "concentrated in bad neighborhoods of crime." With this program, Harris County has allowed taxpayer money to be allocated for a program that has now been repealed in most counties, and has shown no evidence of lowering crime rates.

As Donald Trump prepares to enter the White House on a platform of anti-immigrant fears, it's important for Houston to make a stand for our people. It's important for Houstonians to push back against Gov. Abbott's xenophobic efforts to shut out immigrants and refugees. And it’s absolutely necessary to hold our newly elected Sheriff Ed Gonzalez accountable for his campaign platform of repealing 287(g). We must come together as a community to make sure our leadership recognizes and celebrates the contributions of immigrants who make Houston a "Welcoming City."

Texas Democrats must get back to their progressive roots