The only bill the Texas Legislature has to pass

State government will close its doors on Thursday, August 31. The only way those doors will open the next day is if the Legislature can pass a budget that is certified to balance by Comptroller Glenn Hegar and signed into law by Gov. Greg Abbott. While an early start to the Labor Day weekend might sound good to students, failure is not an option.

At its core, the biennial budget represents our values and priorities for Texas: quality education and healthcare, robust public safety, and investments in transportation and natural resources. The Legislature's only constitutional duty is to pass a budget. The challenge is to create one that serves the priorities and needs of the over 28 million Texans living here today, and the nearly 30 million Texans who will live here by the close of this next biennium.

For the past two sessions, I have had the honor of serving on the Legislative Budget Board (LBB) as one of Speaker Joe Straus' appointees. In that time, Speaker Straus has twice directed the LBB staff to engage in a deeper dive of agency funding to provide the information budget-writers need to better scrutinize those agencies. Known as the Strategic Fiscal Review, these documents provide an important rubric for how to scrub down agency functions to their constitutional and statutory authorizations and present the Legislature with opportunities for savings and/or a reduction of programs. This will be essential in meeting the needs within existing revenues.

The Biennial Revenue Estimate delivered by the comptroller last week wasn't pretty, but it is reality. The state must live within its means, just as Texas families and businesses must do. Comptroller Hegar also reminded us of the choice — made by legislators and voters — to dedicate portions of severance and sales tax revenues to transportation. Though this is a core function of government, that dedication significantly reduced the amount of general revenue available to the Legislature. In the current budget cycle, this transportation dedication resulted in $2 billion being transferred from general revenue to the Economic Stabilization and State Highway Funds. Comptroller Hegar estimated that number would grow to an $7.83 billion reduction in available general revenue for the coming 2018-19 biennium.

Despite that headwind, we must reprioritize and cut to meet our core responsibilities. I believe the Legislature should commit to keeping savings from school property tax growth in public education spending rather than using it for other programs. We should also be bold with a plan to meet the $1.3 billion shortfall in health insurance at the Teacher Retirement System before it leaves retired teachers unable to afford care.

We must give Gov. Abbott's appointees the budget authority they need to reduce caseloads and attract and retain quality employees at the Child Protective Services and make sustained improvements to our foster care system. The cuts to Early Childhood Intervention Therapies that have threatened access to care for vulnerable babies and children across our state should be reversed as soon as possible. We should also endorse the comprehensive initiatives to better address the mental health needs in our community put together by state Rep. Four Price, R-Amarillo, and the House Select Committee on Mental Health.

We should not abandon our efforts on the border, but demand President Donald Trump deliver on his campaign promise to secure the border. As measured results occur from federal government action, Gov. Abbott should work with the new administration to develop an aggressive timeline to get U.S. Border Patrol to relieve Texas state police and and game wardens, thus allowing them to return to their home communities.

Finally, we must make prudent investments in our state's infrastructure and natural resources. The transportation of people, goods and services has benefitted greatly from dedicating money to state highways, but our port and rail infrastructure has lagged behind. The Texas Railroad Commission, charged with regulating the industry that generates our severance taxes and a sizable portion of sales taxes, must also be adequately funded to ensure permits and inspections can be performed timely.

Our task will not be easy, but keeping these doors open for over 28 million Texans is our only option. 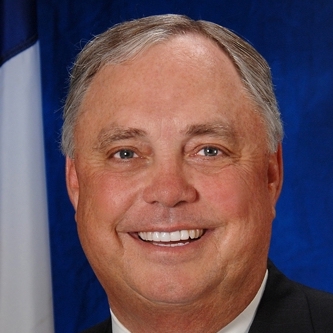 America Would Benefit from a Rick Perry Frame of Mind