A legislative session marked by bruised egos and missed opportunities 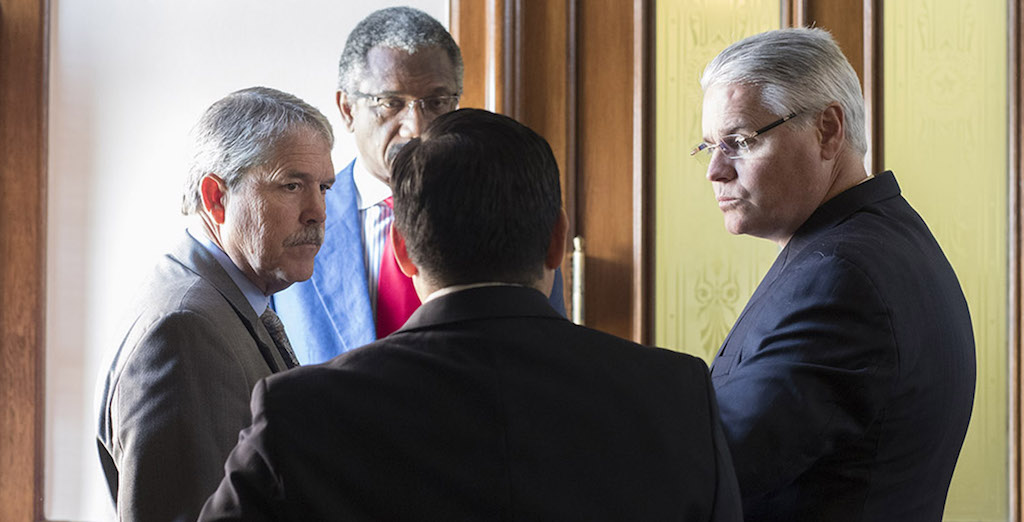 That was by far one of the ugliest and least productive legislative sessions in recent memory.

Why was the session so vicious this year? The acrimony and hate didn’t take place in a vacuum. Federal proposals from school vouchers to the effort to repeal the Affordable Care Act gave fuel to ultra-conservative Texas lawmakers. Then there were the fireworks between the Texas Senate and House. Finally, too many state lawmakers spent the session fighting Texas cities and counties, instead of working with local leaders to advance policies that could benefit all Texans.

Lawmakers had plenty of opportunities to adopt solutions that would have improved the lives of Texans. But instead of focusing on the real challenges facing our state, they were busy crafting discriminatory responses to manufactured problems. Thanks to the sheer determination and smart strategies of some leaders, a few sensible policies did manage to get through. But overall, the session exploited divisions between Texans and their neighbors while failing to make investments where they count.

Another blown opportunity this session was the failure to enact school finance reform. The 5.3 million students in Texas public schools deserve a quality education, regardless of where they live or their background. The House crafted a reasonable plan, but zealots in the Senate stripped most of the funding and attached a school voucher proposal that would have used state dollars to subsidize private school tuition — a “compromise” the House wisely and soundly rejected.

At the same time the Senate was refusing to pay the state’s fair share of public school funding — the real way to control property taxes — it was pushing hard to limit the ability of local governments to raise the revenue they need. That was one of many state efforts to usurp local control from Texas cities — the engines of our economy. Though the scheme to cut revenue from local governments failed to pass during the regular session, we're watching to see whether Gov. Greg Abbott adds it to the agenda if he brings lawmakers back for a special session.

Speaking of funding, I wish I had a nickel for every time a lawmaker complained of what a "tight budget” we had. Remember that this session’s budget situation was mostly created by the Legislature’s own short-sighted tax cuts and revenue diversions last session. And the state budget they passed this session foolishly leaves billions of dollars in the Rainy Day Fund despite the growing population and changing needs of our state. Texans will suffer from these state cuts, especially compounded by looming federal cuts to health care, food and education programs.

There were some silver linings, and I'm grateful to the sponsors of those efforts. Mental health in Texas got a big boost when both houses passed bills that make coverage more accessible and equal, and bolstered programs that help people living with mental illness get the treatment they need and stay out of jail. Texans who receive surprise medical bills after visits to emergency rooms will now have better protections, and grandparents and other kinship caregivers will receive some additional financial support to help children stay with family.

As a proud Texan, I expected our elected leaders to come together and enact policies that would make Texas the best state for hard-working people and their families. Instead we're left with terrified immigrants, bruised egos and missed opportunities.

Disclosure: The Center for Public Policy Priorities has been a financial supporter of The Texas Tribune. A complete list of Tribune donors and sponsors can be viewed here.

Pardon the disturbance, but we refuse to be silent

Say yes to communities, no to cuts