An open letter from one disabled person to another 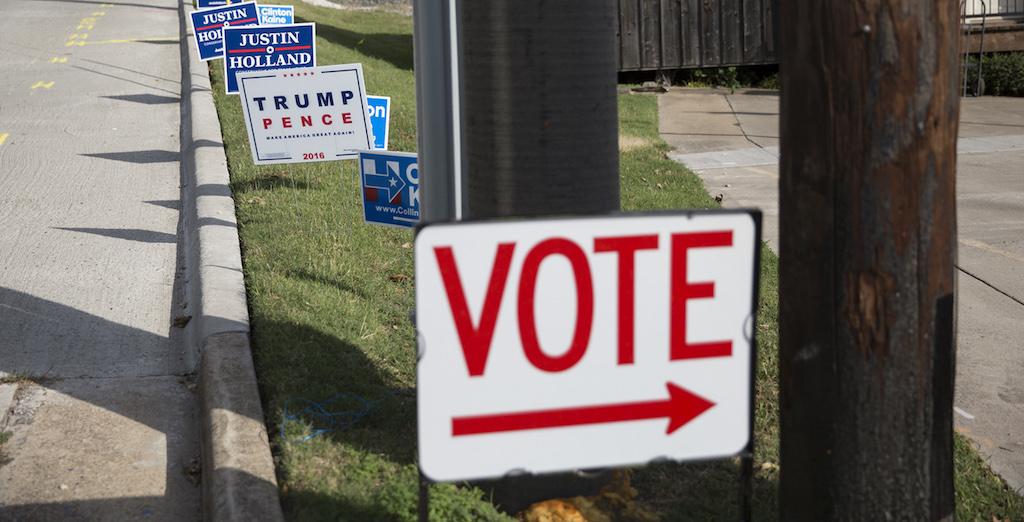 Campaign signs lined the edge of the Farmersville City Hall property on the first day of early voting on Oct. 24, 2016. Photo by Laura Buckman

Despite the fact I am an American citizen, I want you to know that I have not been able to vote in any election since Texas passed its voter ID law in 2013. My constitutional rights have been stripped from me.

I am contacting you because, as a disabled person, I thought you would understand my situation. I, too, am a person with a disability. I am in a wheelchair. Because of my severe cerebral palsy, I can't talk, I can't drive and I don't have a driver's license.

Still, I earned a college degree in journalism from the University of North Texas in 2005.

In the past, I had no problem voting. All I had to do was present my voter card at the polls after I had registered to vote.

After the new law passed, it required a photo ID for voting. My most recent one expired in 2006.

To obtain a new identity card, I have to rely on people to take me to a Texas Department of Public Safety office and provide documentation.

Proponents of the voter ID law suggest the state has a huge problem with people committing voting fraud. However, this is not true. An Arizona State University study showed there were only 104 cases of voter fraud in our state from 2000 to 2011.

In 2014, I tried to go to the polls to vote. I knew the additional voting requirements of showing a photo ID would likely pummel any hopes that the disability community would have in accumulating political power.

I realized I had an opportunity to shine a spotlight on how the law had disenfranchised me of my voting rights.

I have tried to use my disability to show how this law had left people like me politically powerless.

I admit being a little excited while we were waiting in line at the UNT student union polling place.

I could see the uncertainty in the election officials' eyes as my wheelchair was approaching their table.

These poll workers looked as if they were handling something that was completely outside of their training. Everything was happening the way I thought it would as the freaked-out officials had to call the state election headquarters to see if I could cast my vote.

I could tell by the officials' body language that they would inform me I was not allowed to vote. My assumption was right on the money that I would be denied the right to vote. The officials told me I could not access the ballot box due to my expired ID.

My young aides seemed confused about why I had created a major fuss over being unable to vote with my expired ID The good-hearted duo did not understand the fact I was needlessly stripped away my voting rights by the law. I have gone seven times to the DPS in attempts of renewing my ID since 2015. I was denied each time due to the fact I did not have an utility bill to prove my Texas residency.

I wanted people in the Texas Legislature to understand that their ID law had taken away my right to vote away. Now, Gov. Abbott, I am telling you.

I want to be a voice for others who could not speak out for themselves.

Fast forward to the present. The same requirement of making a person show a utility bill or a bank statement is the exact reason I could not get my ID updated this year. My aides attempted to get me a bank statement by putting my name on their account. Yet, a bank employee told me I can't open up an account without getting my ID renewed. I still haven’t been allowed to vote at the polls in any election. Our state Legislature has single-handedly obliterated the voting rights of a guy who had to work 18 hours a day to earn his degree.

I know the state allows me to request and cast a provincial ballot at home. The simple reality is that I have the right to vote in public, just like any other American. If you are allowed to vote in public, then why am I prohibited from it? 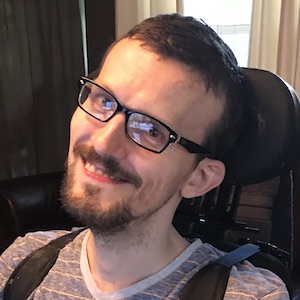 Hiding a real problem behind a bogus property tax reform