Loyalty to country and party in tax reform

The U.S. Senate and House have passed differing versions of tax reform and leaders have reached an agreement to reconcile their differences — all along party lines. Based on my personal background, I am dismayed and offended that Congress appears to have misguided priorities and loyalties. Where is the loyalty to our country versus political party?

As a 14-year-old growing up in Lubbock, Texas, I first visited Washington, D.C. in June, 1959. As a participant in the National Spelling Bee, I met then Senate Majority Leader Lyndon Johnson, a larger than life Texan, along with several other prominent congressional leaders.

For a young boy from West Texas, the experience solidified my feelings that Congress had the best leadership our country offered, and always acted in the best interest of our nation as a whole. I had no doubt that Republicans and Democrats would work together, and compromise if necessary, when passing new legislation.

My faith in our government continued through 1965 when I joined the Marine Corps. I firmly believed, and still do, that Marines honor God, Country and the Corps, in that order.

After the end of the Vietnam War and my final year in Okinawa, I worked for a large accounting firm as a CPA and tax attorney. I knew of the lengthy negotiations and bipartisan meetings that led to passage of President Ronald Reagan’s signature Tax Reform Act of 1986 — a classic example of loyalty to country, whereby the president and Congress set aside party affiliation in favor of working together on a tax bill to benefit the nation as a whole versus select groups.

Although the GOP now professes to be following Reagan’s tax reform priorities of simplicity and fairness, little evidence of either aspect is incorporated within the current proposals. For example, having lower tax rates for special sources of income is contrary to other GOP stated goals of simplicity and fairness, with those low rates causing wage earners to subsidize other taxpayers.

In Reagan's bill, all items of income — including wages, small business income, dividends and capital gains — were taxed at the same rates. Reagan and a bipartisan Congress clearly wanted simplicity and fairness to accompany tax reform — loyalty to country prevailed.

Having different tax rates for certain sources of income greatly increases complexity. In the General Explanation of the Tax Reform Act of 1986, the authors expressed a rationale for eliminating reduced taxes for long-term capital gains. That same rationale for simplicity should apply today and is one of several reasons to reject reduced tax rates on specified income sources: “This will result in a tremendous amount of simplification for many taxpayers since their tax will no longer depend upon the characterization of income as ordinary or capital gain.”

Following that rationale, the current tax bills unfairly would have ordinary wage earning taxpayers subsidizing small business owners who are taxed at lower rates. Also, many of those so-called small businesses actually are large and profitable pass-through corporations and partnerships, or sole proprietorships.

Current tax law already has a huge loophole, taxing capital gains and dividends at lower rates than wages. Proposed decreases in the estate tax and alternative minimum tax further enhance benefits for the wealthy. How do these changes plus a trillion-dollar increase in our national debt show loyalty to country above loyalty to party and party donors?

How disheartening it is for an old Marine to see this seeming lack of loyalty to our country in the passage of recent tax bills. Loyalty to party seems to prevail over consideration of our nation’s best interest. Congress should observe priorities and loyalties to country and to political party, in that order.

Disclosure: Ernst & Young has been a financial supporter of The Texas Tribune. A complete list of Tribune donors and sponsors can be viewed here. 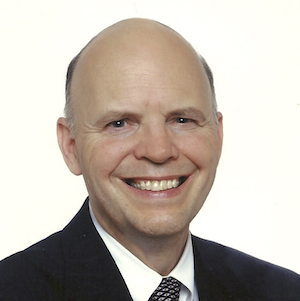 Bail reform should not be derailed