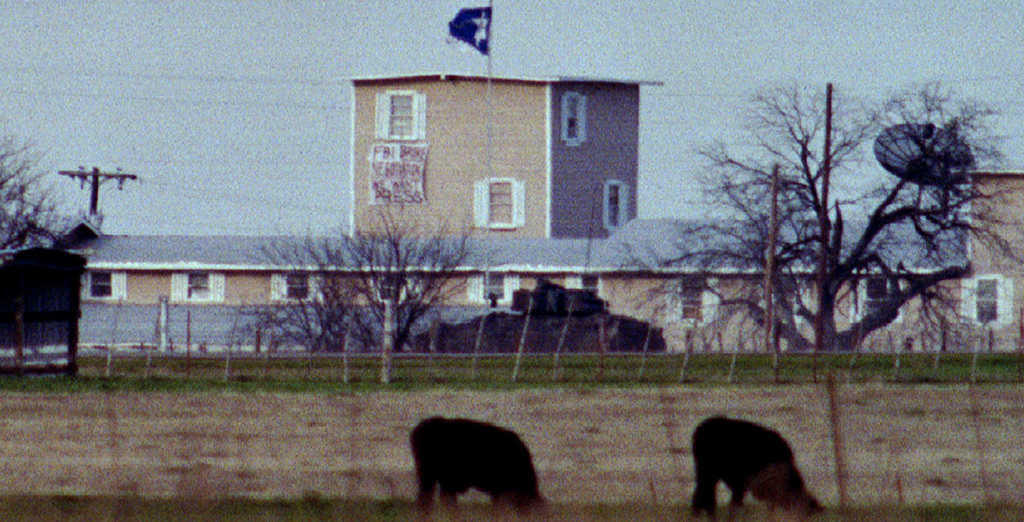 A Bradley armored vehicle travels past the Branch Davidian compound March 14, 1993 as a new banner hangs from the window reading "FBI broke negotiations, we want the press." Photo by REUTERS/STR New

Their names belong in the imagination of poets, to the children of goddesses shooting harmless arrows at each other through the clouds.

They don’t belong with a date of death carved on a wall of stone in a bleak and empty Texas field.

Yet here I am, reading their names out loud, feeling their ghosts.

Sometimes, when I research a novel, a moment like this happens. A place that I picked for a scene turns into an experience that is carved into me like I am the piece of stone.

In Black-Eyed Susans, it was the night I stood outside the Texas death house in Huntsville during an execution. In Paper Ghosts, it was when I stopped to grieve two little girls named Serenity Sea and Startle Summers, wisps of life who never had a shot. I stuck a penny on the top of the memorial wall that is lined with rocks and coins left by strangers like me who have found their way here. It is a wish for safe passage into the next world.

I think about how Serenity’s and Startle’s short lives played out in the enormous compound that once loomed only yards from where I’m standing.

It became an incinerator for dozens of children and adults, members of a religious sect called the Branch Davidians. The fire on that final day burned so hot that local firemen were held back while people turned to charred bones.

Inside his fortress, cult leader David Koresh had accumulated a war pile of ammunition and more than 70 followers from America, England, Australia and beyond. The 51-day stand-off between the cult and federal agents played out in 24-hour news cycles on television — the birth of a whole new way the world would come to experience tragedy. Live, up-close and with horror.

The FBI wasn’t wrong about 33-year-old David Koresh, a.k.a. Vernon Howell, born to a 14-year-old mother. He was amassing weapons and wives and sexually abusing young girls. Forensic scientists matched his DNA to the bones of a number of dead children in the compound.

Yet, now, on the 25th anniversary of the Waco Siege, agents admit horrible mistakes were made. They painfully lost some of their own. There is regret, a wish that someone had said “stop” to what agents call “go fever.” They wish they hadn’t played right into the hands of Koresh’s fateful prediction to followers that this fiery day would come.

I picture Startle Summers and Serenity Sea huddling inside with their mothers as thousands of bullets rip the air. I feel their little bodies shaking on the cold nights when federal agents cut the heat and blasted music and the sound of screaming rabbits through speakers in an effort to drive them out. As military tanks rammed the walls of their home. Did they sleep at all for 51 days?

Now this place is silent. Not a person is in sight. A line of trees, one planted for each dead Branch Davidian, leans a little into the wind.

It suddenly feels like my photographer friend, Jill, and I, are trespassing. The Branch Davidians still own this property. The memorial out on this lonely farm road sends mixed messages. We had turned around twice before we found the correct, unmarked turnoff.

But the cattle gate was swung wide open. The memorial wall is close to the road, beckoning not to be forgotten.

A thunderstorm gathers above us. Jill wants to shoot just a few more pictures. We venture toward a small white church and the grassy area where the compound stood. All that remains is the rotting structure of the swimming pool, green with muck. A “Keep Out” sign rests on its side in the high grass.

That’s when we notice a dog racing across the field toward us. There is a wildness that we, as Texas girls, immediately understand.

Jill stops taking pictures. We move quickly toward her car, a couple of hundred yards away.

The dog is so close we can see the outline of his bones. His ugly, mouth-open grin.

Jill is slower than I am, lugging her heavy camera bag. I slow down, too. I wonder if I can use Jill’s cameras to beat him off of her.

The dog’s at her heels now. She’s speaking to him quietly.

We aren’t going to make it, I think. He’s starved.

The car is ten feet away. Five. Two.

Jill doesn’t run over to the driver’s side. She doesn’t slam the door in the dog’s face.

She hurries ahead of me to the passenger door and reaches into her glove compartment — not for a gun, but for a bag of cookies she keeps there to appease her young son.

It isn’t until we are inside the car, doors locked, that she tells me she how scared she was.

I think about this later that night when I’m tucked safely in my bed.

We were the intruders.

It was his place, not ours.

All it took to save the day was for one person to stop and think.

To fight against “go fever.” 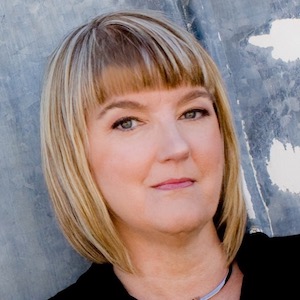