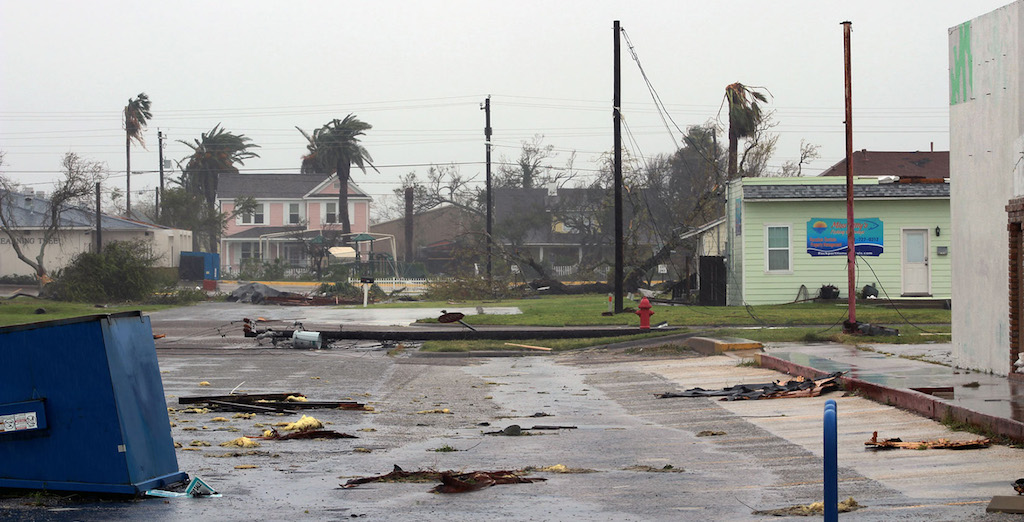 One year ago, a biblical amount of water flooded through large parts of the Texas coast.

The death toll and property destruction were truly tragic. At least 89 deaths are tied to Hurricane Harvey, and losses exceeded $125 billion.

Alongside the images of destruction and suffering came images of heroism and resilience. Two weeks after the flood, I visited St. Paul Missionary Baptist Church in Sunnyside, a predominantly African-American Houston neighborhood hard hit by the storm. Pastor James Nash and a group of volunteers were busy putting together care packages for Hurricane Harvey victims.

We will always count on the resilience of the Texas spirit in hard times. As Hurricane Harvey taught us, though, Texans must also be able to count on public infrastructure and investments — to help us recover from disasters and to ensure a prosperous future for all Texans.

The levees, canals, pumps and highways that crisscross the Gulf Coast are the product of decades of investment in our communities. When we pay taxes and fees today, we are investing in infrastructure and services that Texans will rely on for years to come.

As I drove up Memorial Drive a year ago, I was shocked to see the devastation along beautiful Buffalo Bayou. Flooding in wealthier Houston neighborhoods forced residents to evacuate by boat and head for shelters. Harvey reminded us that no one is immune from calamity and even the wealthy sometimes need rescue and relief. That’s why we all contribute to emergency services, food assistance programs, housing supports and other public needs — even if we don’t think we will ever make use of them.

That being said, Harvey also reinforced that lower-income Texans and people of color still disproportionately bear the brunt of natural disasters and other crises. There are countless media reports of speedier rebuilding and assistance in wealthier areas damaged by Harvey than in poorer areas. Just as a ZIP code shouldn’t determine the quality of a child’s education, it should not dictate whether a family can recover from a devastating storm. Texans should demand more equity in the rebuilding process.

Hurricane Harvey also revealed the importance of local control. During the special Texas legislative session just over a month before Harvey struck, one of the major policy fights was over a bill that would have restricted the ability of cities and counties to raise the money they need to function. Gov. Greg Abbott, among others, clashed with local leaders like Houston Mayor Sylvester Turner, who were trying to protect their ability to fund police, fire and other critical services.

After the Hurricane, this abstract policy fight became all too real, with Turner rightly insisting that Houston needed additional funding for the recovery. Local government leaders are closer to the people they represent and understand their needs. That's why attacks on local cities' ability to raise revenue for services, provide paid sick days to workers or restrict payday lending are so misguided.

When state legislators return to Austin in January, they can decide to spend some of the state's Economic Stabilization Fund on Harvey expenses. If our “Rainy Day Fund” can’t be used to help Texans recover from a historic flood, why in the world do we have it? Spending part of our nearly $12 billion reserve fund — the country's largest — for Harvey relief will have an added benefit as well, freeing up other state funds for other critical needs, like remodeling our outdated school finance system to ensure all children can get a quality education.

As we mark this somber anniversary, let's celebrate the heroes who plucked people from rising waters and the volunteers who assembled relief packages. Let's ask our state leaders to help support a full recovery on the Gulf Coast. And let’s remember the broader civics lesson of Harvey's legacy — public investments serve all Texans.

Disclosure: The Center for Public Policy Priorities has been a financial supporter of The Texas Tribune, a nonprofit, nonpartisan news organization that is funded in part by donations from members, foundations and corporate sponsors. Financial supporters play no role in the Tribune's journalism. Find a complete list of them here.