We’re a year removed from the devastation Hurricane Harvey inflicted on the people, businesses and communities in Houston and along the Texas Gulf Coast. We’ve witnessed heroes, healing, recovery and rebuilding, but some wounds are more silent and endure.

Every person living in an area impacted by Hurricane Harvey experienced trauma. For children in foster care, this trauma is acute. These children experienced traumatic events that served as a precipitant for removal from their homes, and many already lacked stability and lost their family support systems. And under those circumstances they lived through arguably the worst natural disaster in Texas history.

In addition, in the months after Harvey’s landfall, behavioral health providers saw increases in stress, substance abuse and relapse.

At the very least, Hurricane Harvey has created an environment where the risk for child abuse and neglect has increased. And, it has placed strains on an already stretched child welfare system.

That’s why the work of the Rebuild Texas Fund and The Texas Center for Child and Family Studies’ Healing from Harvey grant program is so critical. Healing from Harvey is a grant program – deployed in two phases this spring, summer and fall and totaling more than $2.3 million – aimed at mitigating trauma among foster care children and at-risk families, building capacity in the foster care system and working to prevent future abuse.

In April, The Center awarded grants to 12 community child and family organizations and agencies to support 15 recovery and relief projects. The grantees are working to address the compounding trauma on children and families who survived Hurricane Harvey, while also looking at ways to address the slow growth or loss of foster care capacity as a direct result of the hurricane.

Just over three months after the phase one grants were awarded, The Center noted early success stories and progress in its first round of funding, including tens of thousands of potential foster families reached, nearly 1,000 children provided trauma healing services, and almost 100 families ready to begin fostering.

Some of the progress isn’t as easy to quantify but is no less important to the long-term recovery for children in foster care who endured Harvey and for the community organizations and families who care for them.

For children in Texas’ foster care system, providing normalcy and a nurturing environment are crucial to their social, emotional and physical well-being, and it is often life’s simple activities that can strike a chord with these youth.

Take “Josh,” a resident at The Jim H. Green Kidz Harbor, an emergency shelter and long-term residential facility in Brazoria County. When Josh came to Kidz Harbor he was very excited to find out Kidz Harbor was located on a bayou and had a fishing pier. He was eager to try his hand at fishing and was so proud when he caught that first fish.

When Hurricane Harvey hit, the pier was destroyed and the residential facility nearby sustained significant damage, as well. But thanks to Healing from Harvey funds they were  about to rebuild the pier, conduct additional repairs to the residential facilities, clear the outdoors from dangerous debris and allow children to return to the simple pleasure of fishing and normalcy of daily activities.

With the anniversary of Harvey, let’s celebrate the recovery, honor the heroes but not lose sight of those who are still most in need of support long after the flood waters subsided. 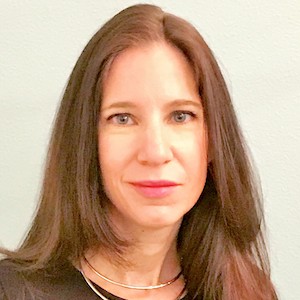 Despite critics’ concerns, more oversight of state agencies is a good thing