The floods of the 1950s and the floods today

Flooding is not new, but solving the flooding issue is much more difficult today than it was in the late 50’s and 60’s. That’s due to government regulations and bureaucratic government agencies, and to a different attitude among landowners in the 50’s vs. today.

Just look at the massive floods that occurred in Texas in 1957 and compare those to the Hurricane Harvey flood that occurred last year in Texas. In April, May and June of 1957, the entire state of Texas experienced massive flooding to such a degree that almost every river, bayou and creek was out of its banks.

After the 1957 flood, local, rural communities were totally dependent on government funding for recovery.

I was a teenager living on a farm with my parents in an area known as the Iowa Colony Drainage District in Brazoria County. I remember water so deep we built rafts and floated around the yard for a couple of days. The amazing difference from today’s flooding was that I do not remember a huge number of flooded homes. People built their homes on the highest piece of ground and elevated them on concrete blocks.

Today we see homes being built in what I call Mother Nature’s Paradise, the flood plain along bayous and creek where large oak trees grow. The oaks grow there because it floods frequently and sprouts the acorns. Sometimes I think Mother Nature is just issuing a reminder that mankind needs to take care of her paradise and stop blocking her path to the ocean.

The local drainage district in 1957 received massive government disaster funding and went to work almost immediately, hiring a local contractor with a dragline and a bulldozer, and for the next few years, cleaning every bayou, creek and ditch in the district. This approach spent 100 percent of the government funding moving dirt because we did not then have the U.S. Army Corps of Engineers controlling the waterways — nor were permits required.

Local land owners welcomed these efforts with open arms and no objections. The results were so effective this area did not have any flooding issues until 1979, when Tropical Storm Claudette dumped 43 inches of rain in 24 hours. Even that then-record rain event drained in two days,  and only the homes built in Mother Nature’s Paradise flooded.

Hurricane Harvey hit in 2017 and we saw floods in homes that never flooded during previous rain events.  This area currently needs billions of dollars to clean the bayous and creeks and most of the money will be spent on permitting, engineering and lawsuits. It will take decades instead of a few years to rebuild a reasonable drainage system — due mainly to government regulations and resistance by current landowners. 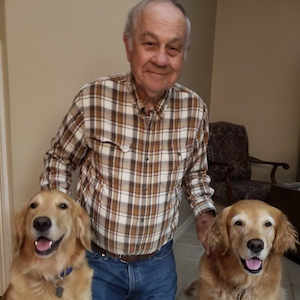 To my Latino brothers and sisters, this is just the beginning