Why me and not Tommy Merritt

”I believe in the future of agriculture, with a faith born not of words but of deeds — achievements won by the present and past generations of agriculturists; in the promise of better days through better ways, even as the better things we now enjoy have come to us from the struggles of former years.

I believe that to live and work on a good farm, or to be engaged in other agricultural pursuits, is pleasant as well as challenging; for I know the joys and discomforts of agricultural life and hold an inborn fondness for those associations which, even in hours of discouragement, I cannot deny.

… I believe that American agriculture can and will hold true to the best traditions of our national life and that I can exert an influence in my home and community which will stand solid for my part in that inspiring task.”

The above is part of the Future Farmers of America — now just the FFA — creed. I memorized these words or some almost like them (they have changed just a bit) back in 1970 at DeLeon High School when I was what is known in FFA as a Greenhand. These words, memorized by every FFA member, sum up what it means to be a part of the agriculture community in our state and nation today. The words and the leadership lessons taught to me in FFA inspired and guided me to make agriculture an important and consistent part of my life, and it has been for more than 44 years.

After high school, I went to Tarleton State University, where I majored in vocational agriculture education and participated in the school’s rodeo team. After graduating with honors in 1978, I became a vocational agriculture teacher myself, and for the next five years, I taught that same FFA creed to future generations of farmers, ranchers and agribusiness leaders.

I started raising hogs and cows when I was in second grade. They were orphans my dad gave me to raise and keep. My family raised horses, and I got my own when I was in the sixth grade. That was the start of my love affair with horses; I eventually became a world champion calf roper and raised a world champion Quarter Horse. I still am an active rodeo participant and travel across the country promoting our state’s equine industry.

When I was 10, I started selling, on the side of the road, fruits and vegetables that I had raised in my own garden. That experience led me to build the commercial nursery and tree company that I still own and operate today.

In 2000, I was serving on the Stephenville ISD school board when I was asked to consider running for the Texas Legislature. I defeated a Democratic incumbent and served for six terms. During my legislative career, I served as chairman of the Agriculture and Livestock Committee, which had direct oversight of the Texas Department of Agriculture and the office of the ag commissioner. Because of my extensive knowledge and work in agriculture, I was chosen by the speaker of the House to work directly with the Texas Department of Agriculture as a member of the Agriculture Policy Board.

During my legislative career, I consistently carried legislation and fought for the interests of Texas agriculture. I was a member of the House Rural Caucus and the Sportsmen’s Caucus. In January 2011, I was named chairman of the House Committee on Homeland Security and Public Safety, where I helped direct the state’s response to the federal government’s failure to protect our nation’s borders. I have become a strong and respected voice on border security issues and the threat posed to our South Texas farmers and ranchers by our porous international border with Mexico.

I am a lifetime member of the Houston Livestock Show and Rodeo, the American Nursery and Landscape Association, the Texas Cattle Feeders Association and the Texas and Southwestern Cattle Raisers Association, as well as a former director of the Erath County Farm Bureau chapter.

Tommy Merritt is a good man, and he has served our state honorably. But he simply does not have the agriculture background, training, and real-world farming, ranching and agribusiness experience that I have earned over the last 50 years. That’s why I’ve been endorsed by virtually every agriculture group and trade association endorsing in this race. I am uniquely qualified to be our state’s next agriculture commissioner, and I am committed to doing everything I can to build and strengthen Texas ag so that years from now, future generations of Texans will still recite the words “I believe in the future of agriculture.” 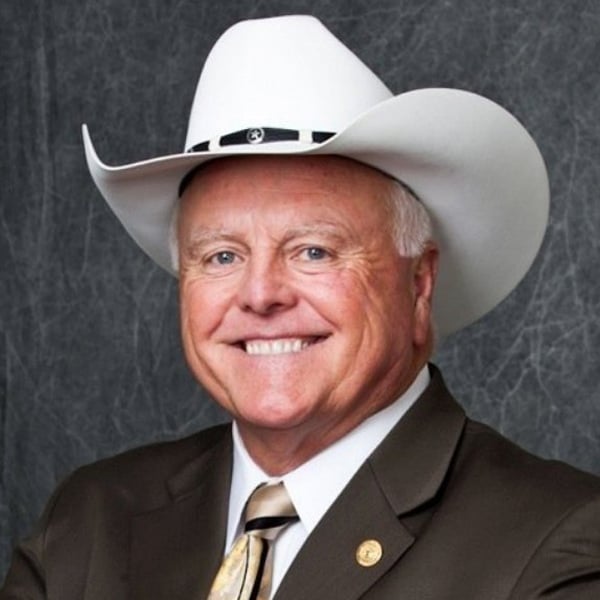 Why me and not Sid Miller