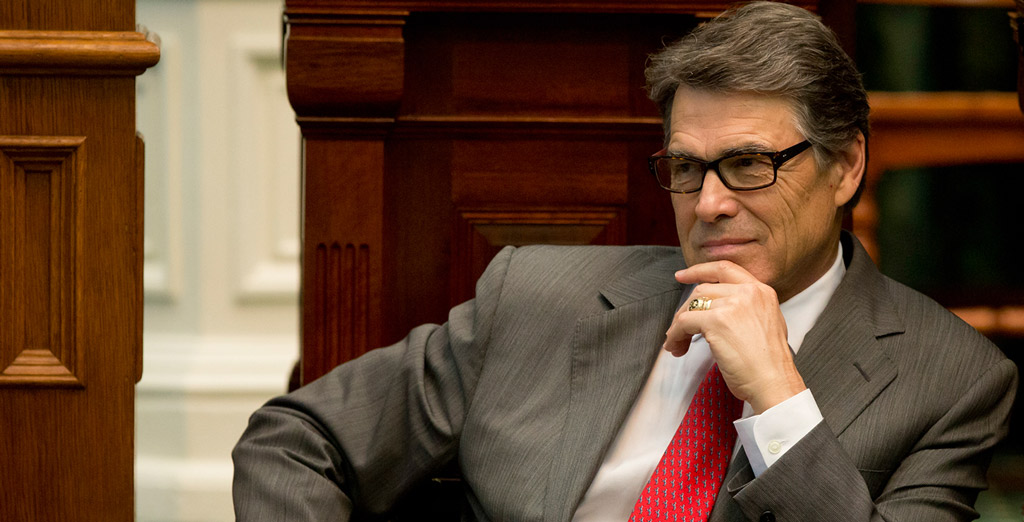 A Travis County grand jury is probing allegations of abuse of power by Gov. Rick Perry related to his efforts to obtain Travis County District Attorney Rosemary Lehmberg’s resignation following her 2013 DWI arrest. While the publicly available facts would not appear to provide a compelling legal basis for an indictment, the governor has at least one reason to be a bit nervous.

Perry is an outspoken conservative widely reviled by Texas liberals, and the grand jury is composed of residents of the state’s most liberal county. As a result, the odds of a Travis County grand jury indicting the governor are greater than if the grand jury had been impaneled in a more centrist county (e.g., Bexar or Tarrant), let alone in one of the state’s most conservative large counties (e.g., Denton or Montgomery).

Data from six University of Texas/Texas Tribune polls conducted among registered voters between May 2011 and June 2013 allow us to estimate the mean ideological position of the voting public in the state’s 12 most populous counties, which contain 62 percent of the state population combined. The UT/Tribune Poll contains an ideology variable based on a question asking respondents to place themselves on a 7-point ideology scale ranging from “extremely liberal” (1) to “extremely conservative” (7), with a 4 indicating the respondent considers his or her ideological position to be “in the middle.”

Among the dozen largest Texas counties, Travis County is a clear ideological outlier. The mean position of Travis County voters on this liberal-conservative scale is 3.68, noticeably more liberal than that of voters in the next most liberal county, El Paso (4.30). In fact, the ideological distance between Travis County and El Paso County (0.62) is greater than the distance (0.59) between El Paso County and the most conservative of these 12 counties, Montgomery (4.89). 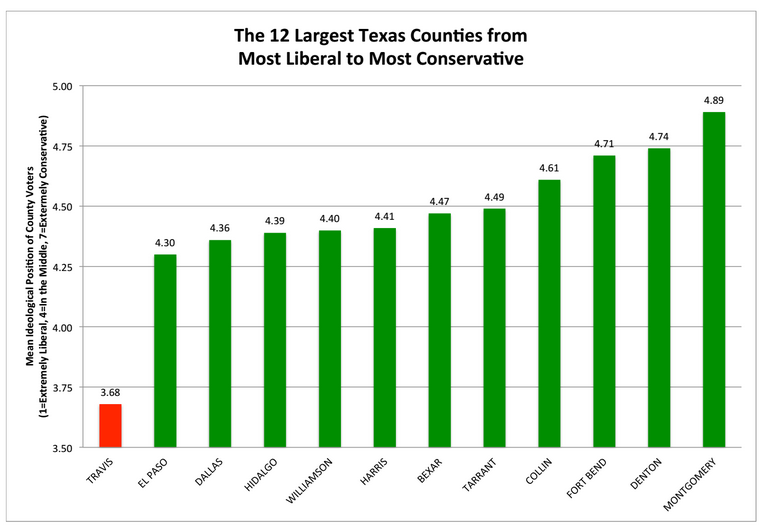 Unless playing hardball politics now constitutes criminal behavior in the Lone Star State, Perry should have little reason to worry about being indicted for abuse of office if his grand jury bases its decision solely on the law and on the evidence revealed to date. That said, grand jurors are humans who make their decisions based in part on their ideological worldview, and the ideological worldview of the average Travis County voter and grand jury panelist is notably more liberal than that of Perry. As a result, it is quite likely that the governor and his legal defense team would be more at peace if this grand jury had been seated pretty much anywhere else in the state other than Travis County.

Nothing threatening about voter ID

Why I'm running for mayor of San Antonio