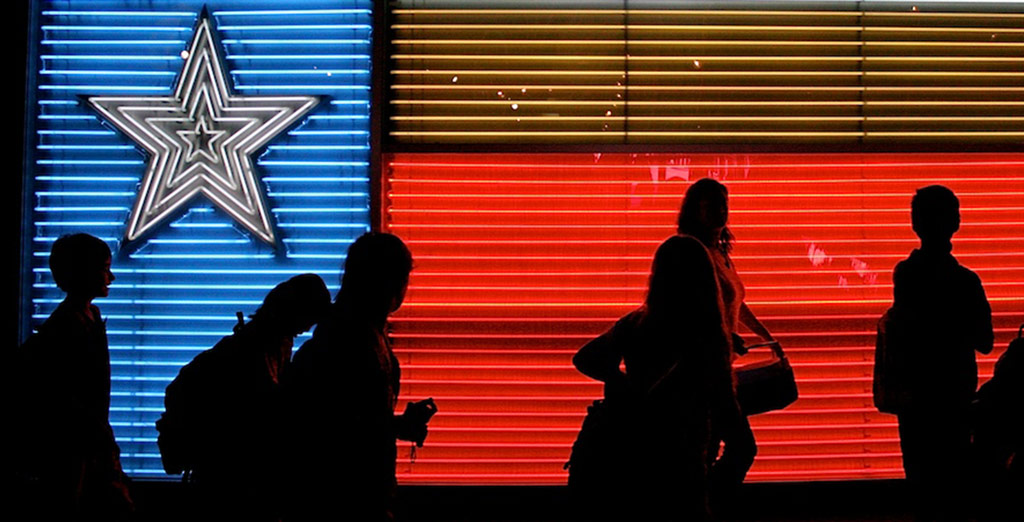 Texans love to compete. We love our chili cook-offs and our football. Heck, we even play chicken poop bingo. True to form, our leaders love to tout the state’s competitive edge in population growth, Fortune 500 businesses, jobs and wealth.

We've got a lot to be proud of. Like any champion, though, we should ask whether our winning streak can last. Texas is far from a status quo state. One in 12 Americans now lives in Texas, and we had the country's largest population increase between 2010 and 2013. The face of the state is changing, too. Texas is now one of a handful of states where people of color are more than half the population. We need to plan now to compete tomorrow.

There are serious signs of trouble already. We may have the world's best chili, but one in five children in Texas lives in a household that struggles with hunger. The Lone Star State has world-class medical facilities, but also the highest rate of people without health insurance — nearly one in four. We have top-tier universities, but only one in 10 low-income eighth-graders completes a college degree or certificate. Our public education system is a leaky pipeline that is failing to prepare too many kids for college and good jobs. The cost of college is skyrocketing, shutting more young people out of a winning future. In the last six years, tuition and fees at Texas public universities jumped 18 percent while state spending per student dropped 22 percent. Without postsecondary education, too many workers are stuck in low-wage jobs, greatly reducing the positive impact of the jobs growth we like to brag about.

Addressing these challenges becomes more critical when we consider the massive demographic changes taking place in Texas. As former state demographer Steve Murdock has noted, the fastest-growing households in Texas are the poorest ones. This is everyone's problem, he says, because private companies need well-educated workers, and Texas may not have them in the years to come.

So let’s be real. We can’t keep winning if most Texans are poor, sick and uneducated. But if we act now, we can change our game.

Cities and towns across Texas are investing today where the state has not, honing our competitive edge for tomorrow. Last month I visited the Rio Grande Valley, where our friends at Educate Texas have launched RGV Focus, an initiative to support more than 410,000 students — of whom 90 percent or more are Hispanic and 86 percent are economically disadvantaged. RGV Focus brings together an unprecedented cross section of community and business leaders, including superintendents, higher education presidents and philanthropic partners to enable all students to earn a degree or credential that will put them on a path toward a meaningful career.

The Houston Independent School District's First Class Breakfast program provides a free, healthy meal to every student who wants one. More than 80 percent of students in the district eat breakfast at school each morning, up from 30 percent a few years ago. The program was a model for statewide legislation passed in 2013 that takes effect this fall.

There’s a Texas solution to our health care crisis, too. Federal health care funds are available to provide health insurance to over 1 million Texans who lack coverage. Research shows that in addition to building a healthy and more productive workforce, accepting the funds would create over 200,000 new jobs in three years and save local property tax dollars that currently cover unpaid emergency room bills. Accepting the money on the table would be a great investment in our health and our future. We're just waiting for a coach who knows how to build a winning team.

So let’s invest today to give every Texan a chance to compete. Let’s work together to build a sustainable economy that will keep on winning.