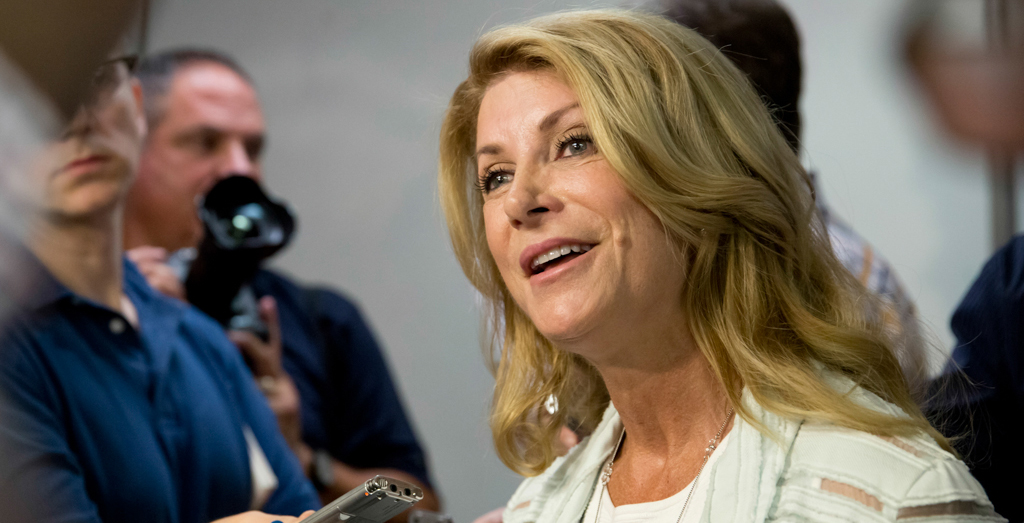 With the beginning of early voting in Texas 12 days away and less than 30 days of campaigning left before Election Day, there are still no signs that Texas Republicans won’t once again dominate statewide elections.

But there are subtle signs that the prospects of a competitive party system may be sprouting deep in the soil of state politics, even if Democrat Wendy Davis loses the governor’s race by a margin that looks like a rout from outside the state.

For the moment, the short-term prospects for Democrats and their latest standard-bearer appear grim. Davis’ Republican opponent, Attorney General Greg Abbott, still holds a prohibitive fundraising edge, and the discourse of the race remains stubbornly in his favor (in no small part due to his campaign’s efforts), touching on only as much substance as is necessary for Abbott to remain engaged in a credible democratic exercise. Davis, meanwhile, continues to hurl one “scandal” accusation after another at Abbott in hopes of something sticking and loosening voters’ Republican predispositions — no easy task.

Of the six public polls that have been released since June (and with the arrival of still more polling imminent), Davis has never led, leaving her campaign to claim momentum every time a new survey shows her behind by only single digits and to claim that Democrats’ mobilization efforts aren’t showing up in polling because contacting these newly registered Democratic voters, particularly Hispanics, is difficult.

But even within this tough environment for Democrats, there are tentative signs that the party may be gaining ground. While there has been much lamenting about Davis not doing better among women, those expectations were never grounded in historical reality. At the national level, women tend to vote more Democratic than men, but Texas (cliché alert) is a unique place. According to exit polling, Republican Rick Perry bested Democrat Bill White in the 2010 governor’s race among women by 8 points. Save for the most recent Rasmussen Reports poll, which had Abbott ahead of Davis by “double digits” among women, most of the polling has shown a very tight race among women, with Abbott starting out far ahead in early June but with Davis narrowing the gap to single digits.

At the same time, there’s little reason to think that Davis and Texas Democrats will lose ground among the state’s growing Hispanic population. Perry beat White among Anglos in 2010 by 30 points but lost to him among Hispanics by about 23. Even if Davis simply maintains this ratio, she and the party should see some promise ahead. As Anglos continue to decrease as a proportion of the population and Hispanics increase, that’s a big trade of voters in favor of Texas’ beleaguered Democrats. This displacement, however, will take time: A shift from the 2010 electorate to a loosely plausible 2014 electorate that is 5 points less Anglo and 5 points more Hispanic, with voting rates remaining unchanged, would, by back-of-the-envelope calculations, only put Democrats 10 points behind, rather than 13 points behind.

But these small shifts can add up. Two to 3 points here due to Hispanic registration and mobilization and 2 to 3 points there by closing the gap with women would mean that Democrats start out within striking distance (i.e., mid- to high single-digit deficits) even if Texas remains a predominantly Republican state. Under this scenario, Texas may not be a “blue state,” but instead of Democrats starting each election cycle with an insurmountable disadvantage, the party begins to show faint signs of competitiveness. (This logic clearly informs the Abbott campaign’s goal of winning 40 percent of the Hispanic vote this year.)

In the end, polling and the state of the campaign so far show an ironic circularity with the original tension in the Democratic effort circa September 2013. Davis may very well outperform White, and may even do well enough to be the first true future Democratic “front-runner” that the party has had on the morning after an election in decades (Castros or no Castros). But right now, Democrats have to ignore this dynamic and keep claiming something akin to “victory or death” as they continue their attempts to grow their voting base. If the party can achieve a more respectable loss at the top of the ticket this year, the most important changes will therefore remain below the surface come Nov. 5.

But once the 2014 election is in the books, speculation on the medium term will begin immediately, starting with 2016. Democrats’ chances of closing the margin while remaining shut out of statewide offices in 2014 could sum up differently in 2016, particularly in down-ballot races and especially with a Democratic candidate who is not Barack Obama at the top of the ticket. Democrats are probably already putting too much stock in the prospects of a Hillary Clinton candidacy rousing Texas Democrats. But the combination of organizational groundwork in this election cycle, the effects of demographic change (albeit filtered by turnout patterns) and the persistent gravitational force of the right wing of the Texas GOP are likely to help some local and legislative Democratic candidates in 2016.

Davis should get some of the credit for those successes, too — even if she can’t quite cash it in yet.