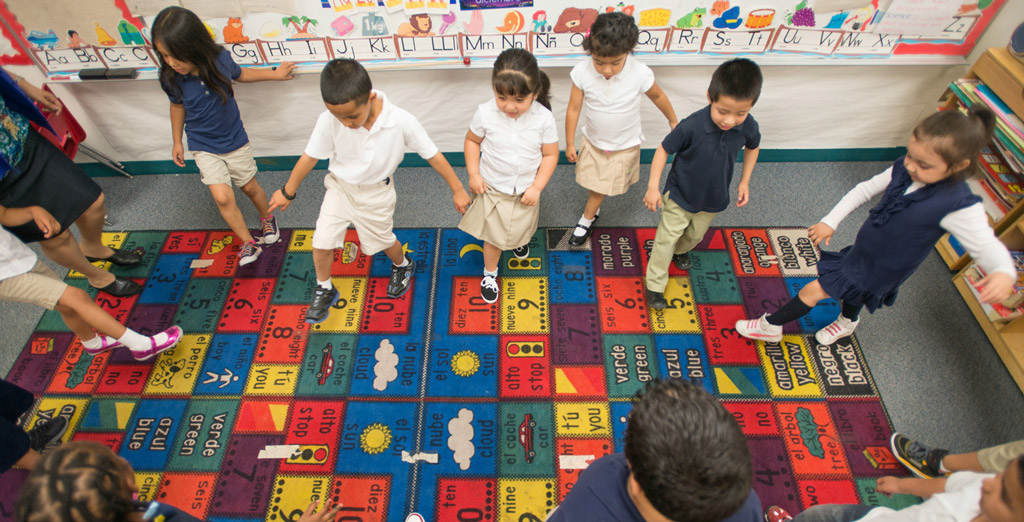 When Gov. Greg Abbott last month moved pre-kindergarten to the top tier of the legislative agenda, it seemed like an obvious extension of an election campaign in which he highlighted pre-K funding in his first education proposal — a bold move to outflank a Democratic opponent expected to campaign on education reform.

Yet polling reveals that pre-K is not a high priority among Texas voters, especially Republicans, which raises an important, if perhaps awkward, question: Why is the governor still pushing an issue that doesn’t appear to resonate with Republicans, particularly the conservative ones who have received so much attention from the state’s elected officials?

We should expect Abbott to attempt to fulfill a campaign promise in some form, but the answer to this question is not simply that pre-K delivers on a promise. Rather, it’s that pre-K offers the most viable way of addressing education in a way that takes into account the configuration of attitudes toward education within the GOP. The minimalist approach Abbott has taken to pre-K reflects the limitations created by divisions in his own party — both within the rank and file, but also between the rank and file and influential interest groups — and the incrementalism of the Texas Legislature.

Many of these limitations are evident in public attitudes toward the place of education proposals on the legislative agenda and, more specifically, views on different approaches to improving the public school system.

When asked in the February 2015 University of Texas/Texas Tribune Poll to select a potential policy priority from a broad list of issues, only 1 percent of Republicans picked increasing pre-K funding, which trailed far behind continuing border security funding (27 percent), legislating no new spending and no new taxes (25 percent) and lowering property taxes (14 percent). Among Tea Party Republicans, less than half of 1 percent cited increasing pre-K funding as a priority.

More support for increasing pre-K funding appears in the narrower policy context of possible ways of improving public education in Texas. But beneath the higher levels of overall support, the partisan patterns in the responses make it appear as though Abbott is pushing an agenda item more in line with Democratic than Republican interests. Among the groups that are most responsible for electing Abbott, majorities (57 percent of Republicans; 53 percent of conservatives) or strong majorities (71 percent of Tea Party Republicans) disagree with the proposition that pre-K would be effective in improving the public education system. The lion’s share of support for pre-K comes from Democrats (78 percent) and liberals (82 percent).

Partisan characteristics of the attitudes toward other education proposals, however, suggest why Abbott and some of his Republican allies in the Legislature find modest pre-K legislation a more politically attractive means of following through on campaign promises.

In the February poll, the education proposals with the most support among Texans were increasing teacher pay (66 percent) and spending more money on the public education system as a whole (61 percent). But while 61 percent of non-Tea Party Republicans saw increasing overall funding to the public school system as an effective approach, only 28 percent of Tea Party Republicans agreed.

Abbott’s emphasis on pre-K may in part be an alternative to a broadly popular option — large increases in spending — that would likely go nowhere while triggering a strong backlash among his own supporters in the electorate and the Legislature.

But even though Abbott may want to avoid costly alternatives, important elements of the Republican coalition want him to follow through on his education promises. Most notably, the Texas Association of Business has embraced pre-K funding, motivated by rising concern over workforce training and social capital. The pre-K discussion has also been fueled by an almost universal acknowledgment that early childhood education is effective.

Whatever pre-K’s demonstrated virtues and pockets of support in the GOP, the shadow of the fiscally conservative attitudes toward social and education spending that dominates the Republican Party undeniably looms over Abbott’s pre-K push. As they avoid discussions of any education policies that would require significant increases in spending, Abbott and the sponsors of favored pre-K measures in the House are proposing only modest expansions of the current state-funded half-day pre-K programs, which are targeted at low-income, English-language learning, military and foster families. House Bill 4, the leading contender among the proposed legislation, fails to return the state to funding levels prior to cuts made in 2011.

At this week’s Public Education Committee hearing, state Rep. Dan Huberty, an author and champion of HB 4, expressed how fiscal politics were shaping the approach to pre-K legislation this session. Faced on one side by repeated testimony from stakeholders that his bill didn’t do enough, and on the other by skepticism from a committee member about the effectiveness of the programs, Huberty got down to brass tacks. He hailed the virtue of full-day pre-K programs but noted, “It’s a billion dollars and that’s the problem, and so what we’re trying to accomplish today is we’re trying to move the ball forward.” It was a direct acknowledgment of the fact that there’s no political backing for the amount of money necessary to implement a broad pre-K program.

Abbott’s very public but very measured embrace of pre-K reflects the realities of the partisan landscape in Texas as well as the tradition of incrementalism in the Legislature, both of which Huberty bluntly signaled this week. For optimistic backers of pre-K, this means there’s hope that Abbott’s minimalist approach could be the beginning of an effort to build support for a bigger, more ambitious plan. For the more sober-minded, it may seem just another half-measure in a public education system built on efforts that historically have been both inadequate and inequitable. Either way, it can be considered a promise kept.

Disclosure: The Texas Association of Business is a corporate sponsor of The Texas Tribune. A complete list of Tribune donors and sponsors can be viewed here.