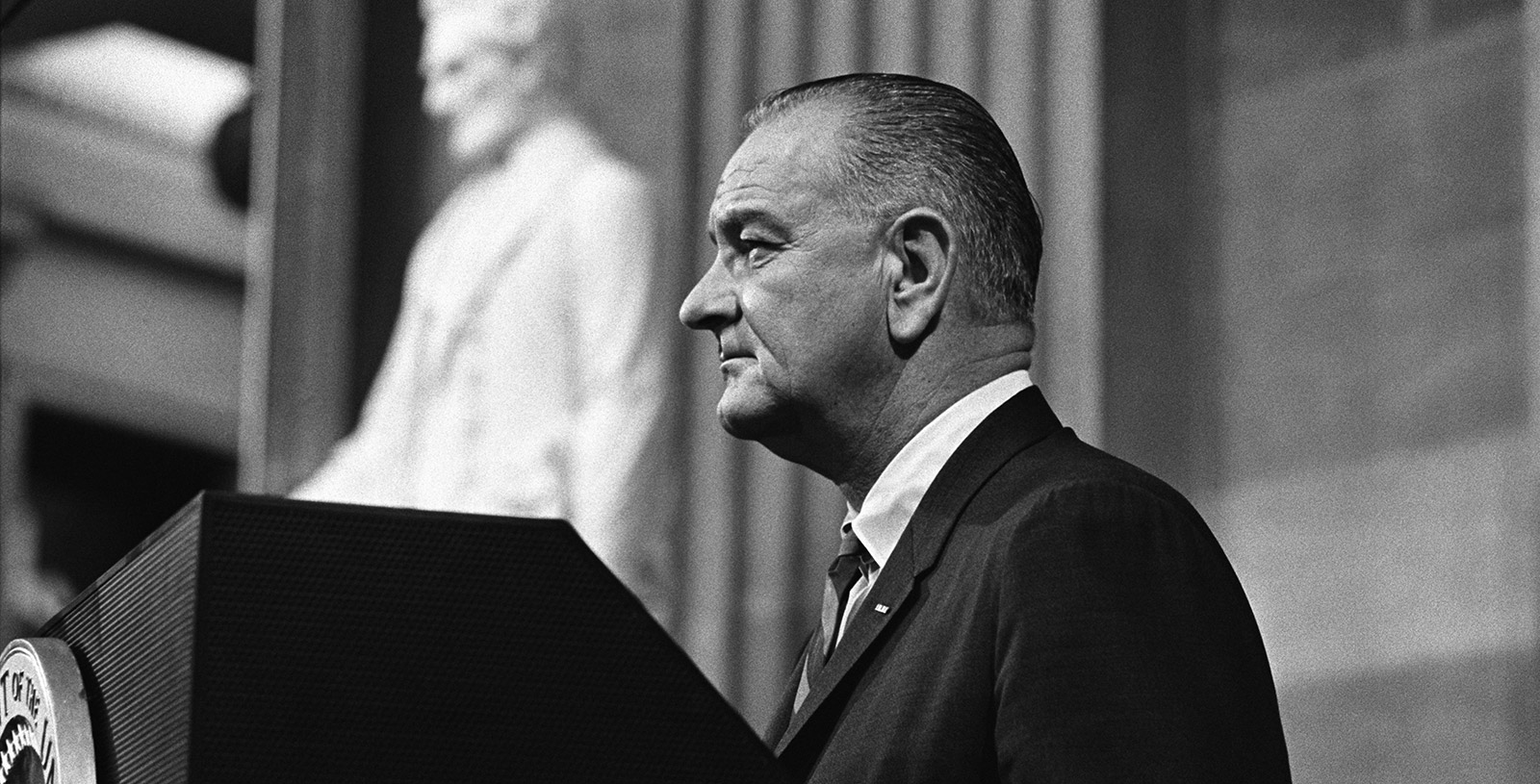 "I speak tonight for the dignity of man and the destiny of democracy." So began Lyndon Baines Johnson’s most resonant speech, his plea to Congress and the nation to support the Voting Rights Act of 1965, which put a legal end to obstacles that prevented people of color from accessing the ballot box.

The address was delivered a half century ago, on March 15, 1965, a week after Alabama state troopers savagely thwarted a protest march by 700 civil rights demonstrators who had planned to walk from Selma to Montgomery, an event that became known as Bloody Sunday. During his remarks, Johnson cited the plight of African-Americans in a nation held back, and in many ways defined, by a history of racial injustice. "Their cause must be our cause, too," he declared, "because it’s not just Negroes, but really it’s all of us, who must overcome the crippling legacy of bigotry and injustice; and we shall overcome." He said those last words pointedly, as his eyes narrowed and his mouth tightened. "We Shall Overcome" was the anthem of the civil rights movement; invoking the phrase told those on the front lines that their president heard them — and that he was prepared to act on their behalf.

I am frequently asked about what Johnson, the civil rights president, would do around socially relevant issues today, in particular gay marriage. Postulating on what a man or woman would do in another time, on another issue, is hazardous territory for anyone, let alone a historian. Our job is to provide an authoritative view of the past, not to offer speculation on what someone would do presently or in the future.

But here goes: What we know about the paradoxical LBJ is that his compassion for social justice was as outsize as the blemishes in his nature. In the same speech in which he urged Americans to support the Voting Rights Act, he told of a formative episode in his early life, his first job out of college when he was a teacher of Mexican-American children at an elementary school in Cotulla, Texas. There, Johnson saw poverty, bigotry and injustice firsthand, and it had a profound impact on him. The students "knew even in their youth the pain of prejudice," he recalled. "They never seemed to know why people disliked them, but they knew it was so because I saw it in their eyes." Johnson didn’t forget those Mexican-American kids, or other victims of social injustice — African-Americans, women, the impoverished, the elderly — when he became president. Indeed, many of the programs of his Great Society — civil rights laws, the War on Poverty, Medicare — were aimed at leveling the playing field.

But the issue of LGBT rights wasn’t on the radar during the Johnson administration. The first rumblings of a gay rights movement came in June 1969, just over five months after LBJ had left the presidency, when a small group of gays and lesbians in New York City’s Greenwich Village violently stood up to the persistent harassment of police in an incident that became known as the Stonewall riots.

What little we know about Johnson’s views on homosexuality comes from an early chapter in his presidency. In mid-October of 1964, Johnson’s trusted aide and fellow Texan Walter Jenkins, a married father of six, was arrested after he was caught with another man at a Washington YMCA (an episode dramatized in Robert Schenkkan’s recent play, All the Way). Mindful of protecting the presidency, Johnson, who was in the midst of campaigning for the 1964 election, was politically pragmatic about the situation. "The facts are that he’s got to get out of the White House," he told confidant Clark Clifford after the scandal broke. But a contemporaneous taped phone conversation between Johnson and his wife, Lady Bird, shows them rallying around Jenkins, albeit in different ways. Lady Bird wanted to make a statement of support for Jenkins, an idea her husband rejected due to the intractable public stigma around homosexuality:

Lady Bird Johnson: I will try to be discreet [in my statement], but it is my strong feeling that a gesture of support to Walter on our part is best.

LBJ: I’d make all the gestures I could, but I don’t think that I would put myself in a position of defending what we say in the public in a situation like this because we just can’t win it. The average farmer just can’t understand your knowing [that Jenkins has had a gay relationship] and approving it or condoning it.

While Johnson resisted the first lady’s suggestion that they offer Jenkins a position as second in command at KTBC, their family-owned radio and television stations — which Johnson knew would be rejected by the morally minded Federal Communications Commission (and might put their license in jeopardy) — they agreed on offering him a position running the holdings through the LBJ Ranch, which had no regulatory approval process:

Lady Bird Johnson: Are you unalterably opposed to the job offer [at KTBC]?

LBJ: I am publicly. I am not unalterably opposed to giving him anything and everything we have. All of us. And letting him know it through [aides] and through you. But I see no reason why I ought to be tried again and blow it up and make the headlines that I gave him advancement because he did this! And I don’t think that you’d have a license five minutes with a station being operated by someone like that. … Offer him something else — running the ranch.

Despite her husband’s reservations, the unshrinking Lady Bird made her statement in support of Jenkins — and despite the story’s scandalous overtones, the affair faded quickly with no political ramifications for the president. Declining the Johnsons' employment offer, Jenkins left the glare and unrelenting pace of the White House and returned home to Austin. Though his resignation was accepted readily, Jenkins’ relationship with the Johnsons, mostly dormant for the balance of Johnson’s presidency, would remain distantly intact.

So would LBJ support gay marriage today, 50 years after Jenkins' ouster from the White House? Martin Luther King Jr., upon accepting the Nobel Peace Prize after working with Johnson toward the passage of the Civil Rights Act of 1964, said (with a nod to Victor Hugo), "What we are seeing now is a freedom explosion, the realization of 'an idea whose time has come.'" My guess is that LBJ, if he were alive today, would see marriage equality in the same way — just as he had with the Civil Rights Act of 1964 and the Voting Rights Act of 1965.

Disclosure: The LBJ Library and Museum has been a corporate sponsor of The Texas Tribune. A complete list of Tribune donors and sponsors can be viewed here. 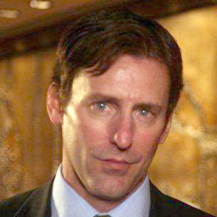 Director of the LBJ Presidential Library